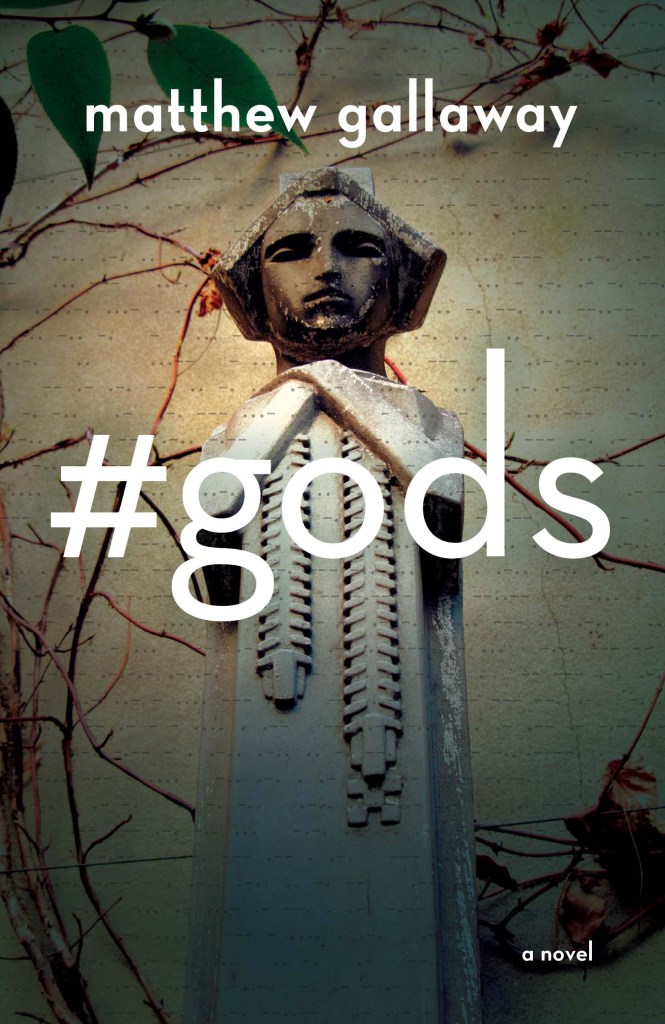 A young boy wanders into the woods of Harlem and witnesses the abduction of his sister by a glowing creature. Forty years later, now working as a New York City homicide detective, Gus is assigned to a case in which he unexpectedly succumbs to a vision that Helen is still alive. To find her, he embarks on an unorthodox investigation that leads to an ancient civilization of gods and the people determined to bring them back.

In this colossal new novel from the author of The Metropolis Case (“breathes new life into the relationship between art and life”—New York Times), the myth of Orpheus and Eurydice collides with a new religion founded by three corporate office workers, creating something beautiful, illogical, and overwhelming. Part sex manifesto, part religious text, part Manhattan noir—with a dose of deadly serious, internet-inspired satire—#gods is a sprawling inquest into the nature of faith and resistance in the modern world. 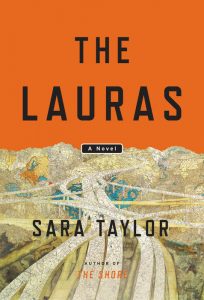 Looking for a summer road trip? This month Hograth is releasing The Lauras, a rollicking new book from the Baileys Prize-nominated author Sara Taylor.

After a fight with Alex’s father, Ma pulls Alex out of bed and onto a pilgrimage of self-discovery through her own enthralling past. Guided by a memory map of places and people from Ma’s life before motherhood, the pair travels from Virginia to California, each new destination and character revealing secrets, stories, and unfinished business. As Alex’s coming-of-age narrative unfolds across the continent, we meet a cast of riveting and heartwarming characters including brilliant Annie, who seeks the help of Ma and Alex to escape the patriarchal cult in which she was raised, and the tragic young Marisol, whose dreams of becoming a mother end in heartbreak.

Slowly, Alex begins to realizes that the road trip is not a string of arbitrary stops, but a journey whose destination is perhaps Ma’s biggest secret of all. Told from the perspective of Alex, a teenager who equates gender identification with unwillingly choosing a side in a war, and written with a stunningly assured lyricism, The Lauras is a fearless study of identity, set against the gorgeously rendered landscape of North America.

Author Alistair McCartney’s new book, The Disintegrations (University of Wisconsin Press), is a lyrical and haunting inquiry into the ways our mortality can shape and warp us.

“I know nothing about death, absolutely nothing,” asserts the narrator of this inventive autobiographical novel. Yet he can’t stop thinking about it. Detached from life in Los Angeles and his past in Australia, uncomfortable around other humans, he researches death on the Internet; mulls over distant and intimate stories of suicides, serial killers, and “natural deaths”; and wanders about LA’s Holy Cross Cemetery. He’s looking for answers, all the while formulating his own disquieting philosophies.

Within this dizzying investigation into the mystery of death is another mystery: who is the companion igniting these memories? This enigmatic novel blurs the line between fiction and nonfiction, story and eulogy, poetry and obituary. Wry yet somber, astringent yet tender, The Disintegrations confronts both the impossibility of understanding death and the timeless longing for immortality.

Cyril Avery is not a real Avery or at least that’s what his adoptive parents tell him. And he never will be. But if he isn’t a real Avery, then who is he?

Born out of wedlock to a teenage girl cast out from her rural Irish community and adopted by a well-to-do if eccentric Dublin couple via the intervention of a hunchbacked Redemptorist nun, Cyril is adrift in the world, anchored only tenuously by his heartfelt friendship with the infinitely more glamourous and dangerous Julian Woodbead.

At the mercy of fortune and coincidence, he will spend a lifetime coming to know himself and where he came from – and over his three score years and ten, will struggle to discover an identity, a home, a country and much more.

In this, Boyne’s most transcendent work to date, we are shown the story of Ireland from the 1940s to today through the eyes of one ordinary man. The Heart’s Invisible Furies is a novel to make you laugh and cry while reminding us all of the redemptive power of the human spirit.