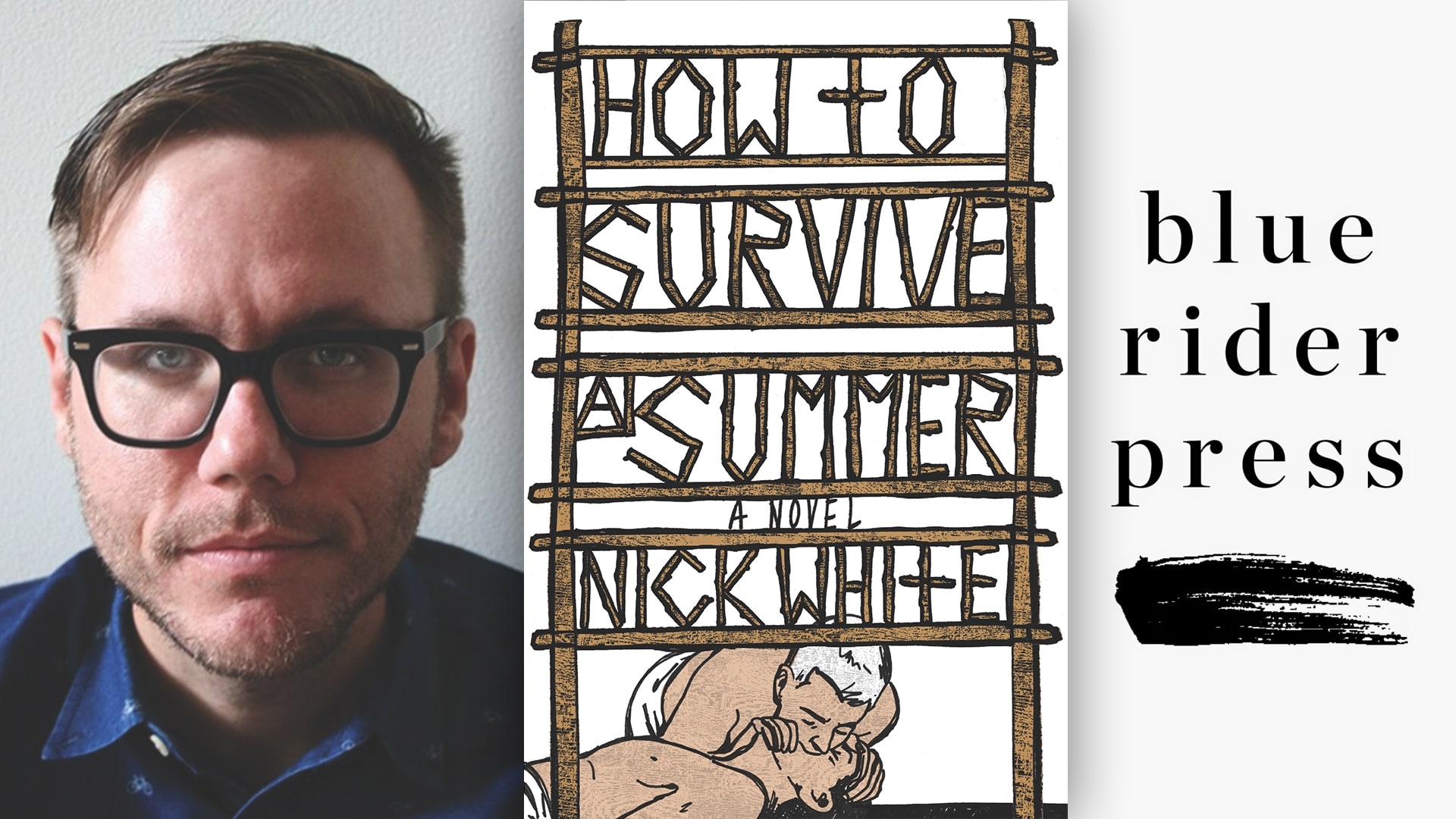 ‘How to Survive a Summer’ by Nick White

‘How to Survive a Summer’ by Nick White 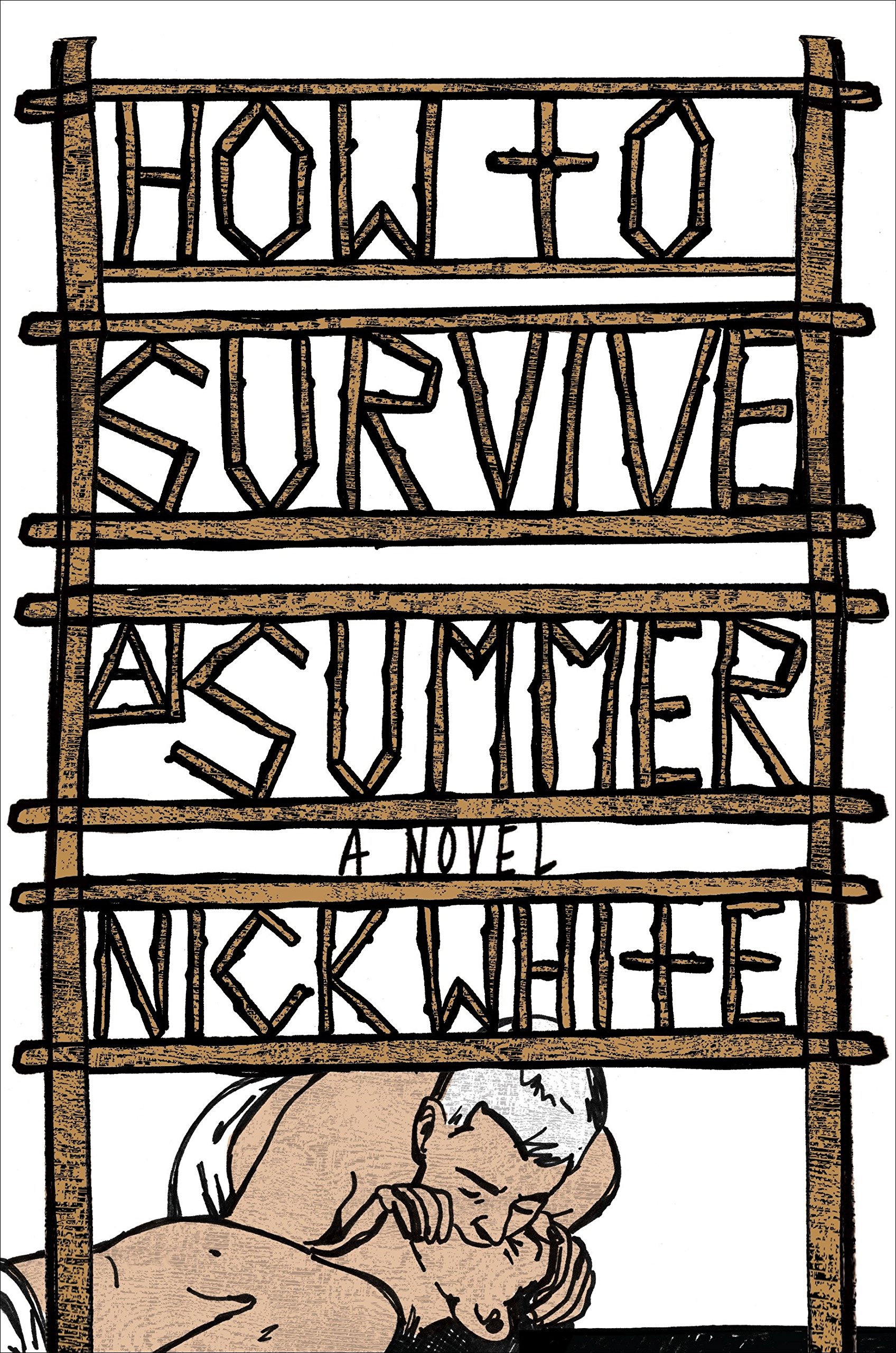 How to Survive a Summer. It’s the sort of title an innocuous confession about camping in a cocoon of roasted marshmallowy goodness would tout. The camp part is true enough here, but there are no marshmallows, archery contests or canoe-tipping. Camp Levi is a gay conversion bastion in sticky, sweaty, rural Mississippi where Will Dillard and four contemporaries endure its inaugural brutality, humiliation and a tragedy that clogs Will’s arteries of social, psychological and sexual development. Years later, a bastardized slasher movie version of a Camp Levi tell-all (written by one of its then-closeted gay counselors) is catapulted into cult status, bulldozing Will into sorting through the compartmentalized toxicity of his past, present, and potential future.

Sashaying between flashbacks of his Mississippi youth as a preacher’s son to his current existence as a growth-stunted grad student, the origin of his inner turmoil is alternately revealed and re-examined. His ineptitude at sustaining a relationship, engaging in fulfilling sexual experiences and pursuing something as simple as a kiss with a new love interest are the repercussions for enduring and not fully processing a childhood polluted with religious zealots and abuse. As layers of Camp Levi and repulsive echoes of religiosity are exposed, readers will gradually grant clemency to Will’s social blunders as an adult. After all, his formative years were spent having brainwashed fever dreams of self-deprecation, hoping conversion camp would work against the “tyranny of homosexuality” and praying that his dormant heterosexuality would finally sprout. When conversion doesn’t “work”, Will eventually also hates who he isn’t—a straight man of whom his father can finally approve and love, leaving Will an underdeveloped in-betweener.

While Will is virtually invisible to his colleagues and has a voice with the resonant power of a mouse, his first-person narration belies this taciturn nature; it holds the same captivating, melodic quality of the dewy lipstick-ed Douglas Sirk melodramas over which he obsesses as a film student (no coincidence that Sirk’s films often featured closeted leading man, Rock Hudson—the paragon of a man’s man and a homosexual hiding in plain sight). Whether recalling his doting late mother, describing his wicked be-wigged aunt, or questioning the love of his delusional father, Will’s inner voice serves to captivate the reader and oppose the perception of him as a lost social cause; if he can think such engaging thoughts, maybe he’ll be able to eventually translate them into substantial discourse with a friend, father or lover, right? If so, there’s the hope he could morph from a forgettable film-studies wallflower into something more complex.

There’s certainly a complexity to the demographic of Summer. And it isn’t delivered as disingenuous compliance with #WeNeedDiverseBooks. Though white Will is on a sojourn in the South, this does not a colorless cast make. The surrounding characters represent a spectrum of skin tone and sexual orientation that blonde and blue-eyed neighboring literary worlds ignore or address with haphazard reluctance. His father remarries a black woman, his childhood friend is Chinese, his adult best friend is a lesbian, one of the Camp Levi boys is Filipino and another black, and Will’s potential love interest is a Puerto Rican trans man named Zeus. Though these are people real-world society marginalizes, their otherness isn’t in question here, instead it’s Will’s ineptitude to embrace his own otherness that is. In their first meeting, Zeus makes a remark that sums up Will’s inner turmoil and journey toward self-love. “The danger of becoming the person you are is you run the risk of hurting the people who love the person you were.” An unspoken, implied closure to this observation is that when you no longer love the person you were, then what the hell do you care about hurting someone who still wants you to be that person? Answer that and you’ll have the solution to summer’s survival.