‘The Gift’ by Barbara Browning

‘The Gift’ by Barbara Browning 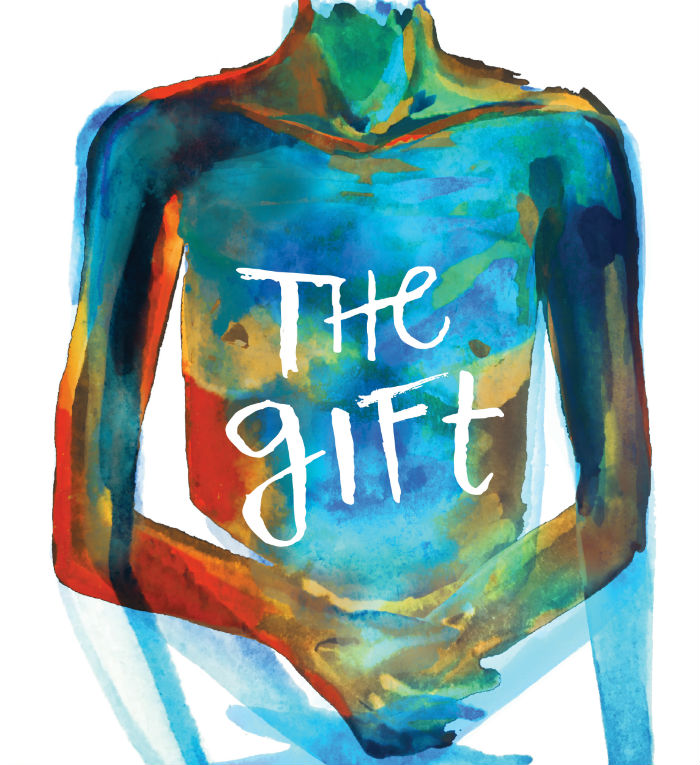 The Gift by Barbara Browning is a strange novel in a lot of ways. The overall feeling it inspires is one of quiet intimacy–which is fitting, given that the narrator builds her life around the creation and performance of “inappropriate intimacies.”

These intimacies take the form of ukulele covers of songs from every imaginable genre, from classical guitar to Nicki Minaj; as well as “hand dances” (choreographed videos of her hands, shot and performed in the nude, with the narrator’s bare torso visible for the recipient). Barbara sends these pieces to people in her life–students, friends, lovers, long distance internet acquaintances; even as replies to the spam in her inbox.

The concept of inappropriate intimacies is an odd one. As a reader pretty firmly grounded in fiction-as-fiction, without much knowledge of art, and little-to-no knowledge of performance art outside of Marina Abramovic and Yoko Ono, Barbara’s particular flavor of performance art was new to me, and a little discomfiting. Barbara herself acquiesces that the classifications for what is art can be nebulous, adaptive, ever-changing. What counts as art, then? And does it matter?

My immediate reaction was one of faint concern about consent: Where is the opportunity to consent to this intimacy, especially if the recipient is a stranger thousands of miles away, or someone completely unknown to the narrator? (To be clear, Barbara does not send nude images to anyone not consenting to receive them.) This question is one that Barbara also considers, both to herself, and at length with the correspondent the novel is built around: Sami, a trouble musician who lives in Cologne, with whom she spends the better part of a year developing a profound and intricate relationship.

Sami, we slowly learn over the course of the novel, struggles with Asperger’s, chronic pain associated with an amputation years prior, and the loneliness of trying to survive in a world that is structured to be deeply inhospitable to both of these ways of being. Barbara’s inappropriate intimacies bring them together, but it is her willingness to be vulnerable, hold space, and experiment with unorthodox and uncommon ways of relating (long, painstakingly complex emails describing the nature and boundaries of their relationship; lengthy voice messages in which Barbara sometimes simply listens to Sami sleeping) that is most poignant and lovely about the relationship between them.

The concept of novel-as-performance-art, and the gauzy line between fiction, non-fiction, and not non-fiction, was occasionally distracting. The distraction, however, was only temporary, and was mostly relegated to the beginning of the novel. Both Barbara the character and, I suspect, Barbara the author, are compelling, engaging, and contain a faint glow of innocence and good-naturedness that even the grumpiest of readers (ones who, like me, tend to want their fiction to be firmly fiction and their memoir to be memoir) couldn’t stay cranky for long. And while it is easy to be critical of a novel wherein the main character is, at least in part, an author-insert, there is nothing lazy about this choice, and no denying that Browning is an extremely intelligent and masterful writer.

The question of how much is “true” and how much is fiction ceases to matter within the first twenty pages of the novel; and besides, how many of us can answer that question in our own lives? Much more worthwhile would be to ask questions about intimacy and isolation, vulnerability and courage, and the earnest love that it takes to reach out to other human beings, both across thousands of miles and within our own circles at home, and meet each other exactly as we are, rather than how we wish each other to be.