‘Conversations with Friends’ by Sally Rooney

‘Conversations with Friends’ by Sally Rooney 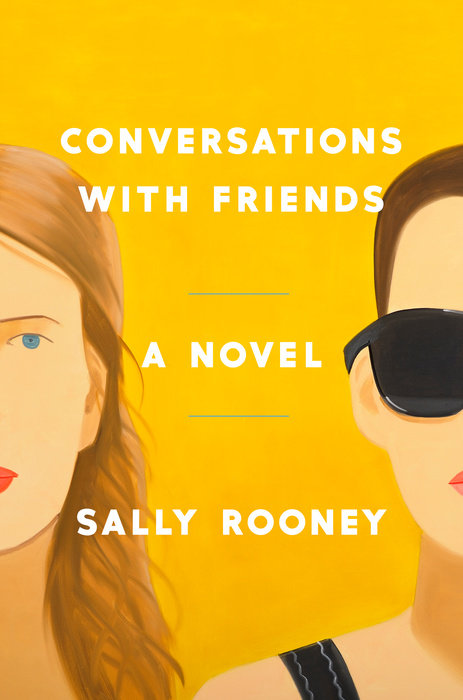 In Conversations with Friends, Sally Rooney sets up a situation that is both unique and full of explosive possibilities. Bobbi has broken up with Frances, and they are, like so many queer women who are no longer lovers, good friends. They even perform poetry together, though Frances has to write all the material. Their act attracts the attention of photojournalist Melissa, who is married to an actor named Nick. Frances repays her generosity by sleeping with Melissa’s hubby. And Bobbi has a thing for the seemingly heterosexual Melissa.

Rooney–a young Irish novelist with the chops of someone twice her age–delivers a novel that will be remembered for years to come. Much of that has to do with its complex characters–a mixture of good and evil, just like real people. Bobbi and Melissa are unlikable for the most part, but we also feel incredibly bad for them. The characters we are supposed to like–Nick and Frances–are, of course, doing a terrible thing, but to offset their actions, Rooney makes theirs the kind of relationship worth having an affair for, and Melissa a less-than-ideal wife.

Power is a particularly strong theme here. You could give yourself a migraine trying to figure out who has the most. Maybe it’s Frances, because she controls Nick sexually, but then again, he won’t give her his total commitment. It could be Nick, because he won’t give Frances the kind of relationship she really wants and yet still gets to screw her. The straight couple might be using Frances and Bobbi, as Bobbi herself points out, but it’s undeniable that Nick and Melissa are tortured by the affair. And the power could even belong to Bobbi, a woman who doesn’t really deserve Frances’ loyalty but has some strong hold over her anyway.

This is the kind of novel you could talk about for hours because there are just so many ways it could be interpreted. Take it to the beach at your own risk because it might be impossible to pull away from when it’s time to go swimming: the emotional tension is tighter than a violin string. While it isn’t a funny novel per se, there are flashes of humor:

My discovery that I was in love with Nick, not just infatuated but deeply personally attached to him in a way that would have lasting consequences for my happiness, had prompted me to feel a new kind of jealousy towards Melissa. I couldn’t believe that he went home to her every evening, or that they ate dinner together and sometimes watched films on their TV…. Did he like her more? If we were both going to die in a burning building and he could only save one of us, wouldn’t he certainly save Melissa and not me? It seemed practically evil to have so much sex with someone who you would later allow to burn to death.

The novel falls apart a bit when Frances’ health crisis comes to a head; it feels manipulative. Despite this minor stumble, there is no doubt that Conversations marks the arrival of a major talent, one who doesn’t believe everything needs to be tied up with a pretty bow at the end. We don’t feel at peace when we put this book down for good, and that’s OK. After all, life isn’t always peaceful, either, and isn’t fiction–at its best–one of life’s finest representations?