‘A Failure to Communicate’ by S. Andrea Allen

‘A Failure to Communicate’ by S. Andrea Allen 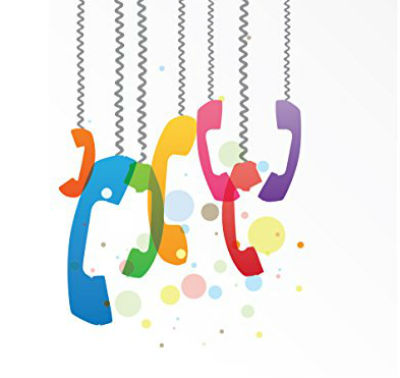 A Failure to Communicate is a collection of stories built from the same Black Feminist Press family as Lez Talk and Solace. S. Andrea Allen started the press back in 2014 and since has been helping to provide more building blocks in the literary canon of black lesbian voices in both fiction and non-fiction. The book is a mix of fiction, essays, and criticism, all of which force the stifling impacts of silence to the forefront because so much of what everyone person needs is lost in what is unsaid. Silence ultimately causes a ripple effect of lost opportunities, hurt feelings, and problematic relationships.

I must say I couldn’t wait to tear the pages open and hear the reams and reams of stories by and about black women and communication, a topic I know too well. As a woman with a soft voice and a loud trembling rage, my ability to communicate is so integral to what I can accomplish in my life and what I struggle with. Once I started reading, I appreciated each story’s trajectory beyond “coming out,” specifically engaging with the characters and the multitude of issues they battle in their day-to-day lives. The reader is immediately situated in these stories of self-hatred and shaming with book’s opening essay, “Pretty.” “Pretty” is the story of a curvaceous and beautiful femme whose partner is struggling to accept her for exactly who and what she is, but is willing to express her discontentment to everyone in town except her partner—the person who needs to hear it most:

And her eyes, they always loved her beautiful bedroom eyes. But none of that mattered; the woman she loved thought she was fat. “I don’t know what to do with a big girl,” her lover had the nerve to say to one of Ava’s friends. Her lover didn’t have the balls to say it to her face, but she didn’t seem to have any trouble at telling it to anyone else who would listen.

Because hearing from the authors and editors about both the intent and purpose of the writing is important to me, I wish the book had an epilogue or introduction to help me connect with Allen’s voice and the lives behind the written work. Although the second essay carries the namesake of the book, some part of me still wanted to know how difficult it was to craft these pieces, or what was sacrificed in these writings.

Each essay varies in length, but none miss the mark in sharply outlining why communication is at the center of all healthy understanding. This text exists for me as a primer for reading about black women and communication: it seeks to simply tell their stories and allow them to live and breathe on the page, sometimes as cautionary tales. The work begins to unpack what spaces and language withhold when what needs to be spoken is left to bare.

The piece that stood out for me was a critique of Bridesmaids: “Bi-Racial Bride=Culturally White Wedding.” The intentional silence isn’t in a partner-to-partner relationship or friendship, like some of the other essays. Instead, this one lands where America has always wrestled with language and understanding—race.

The film’s main character is both portrayed by a biracial actress and given the title of being “biracial” (the character has a black father and white mother), but she doesn’t have any African-American or biracial friends or family members beyond her father. In Allen’s reading, the intentional silence lies in Hollywood’s choice not to illuminate a complex character whose race and racial experiences are as necessary and unavoidable as the friendship that feels challenged by all that it means to become and identify as a wife. The writer ties this to one of my least favorite terms—“post-racial”—one that was overused in the past 8 years. A dead-on description since in a post-racial society, race doesn’t need to be examined or identified; instead, along with having a biracial president, it can be left unstated. Allen talks vividly about passing:

The issue is one of passing. And our bi-racial heroine passes for white, physically, culturally, and socially. However, she does not “pass” in the traditional sense, (everyone knows that her dad is black), but she passes in that she is able to completely ignore the fact that there are actually Black people in her city, at her place of employment, in her family.

In this thought-provoking kaleidoscope of stories, Allen is witty, angry (which I personally appreciate), wounded, and willing to share from these different angles how the commonality of what’s not said can and does intersect with the lives of women in media, community, and relationships. Allen has a Ph.D. and so some very integral part of me as a reader wanted more praxis and theory in the text, a deeper dive into the frameworks that built these characters, but I also accepted how interesting it was for Allen to allow herself to express the same pain in so many personal voices.

‘The New Old Me: My Late-Life Reinvention’ by Meredith Maran
'Tender' by Belinda McKeon
'You Only Live Twice: Sex, Death, and Transition' by Chase Joynt and Mike Hoolboom