Roxane Gay on Hunger, Trauma, and the Unruly Body

Roxane Gay on Hunger, Trauma, and the Unruly Body 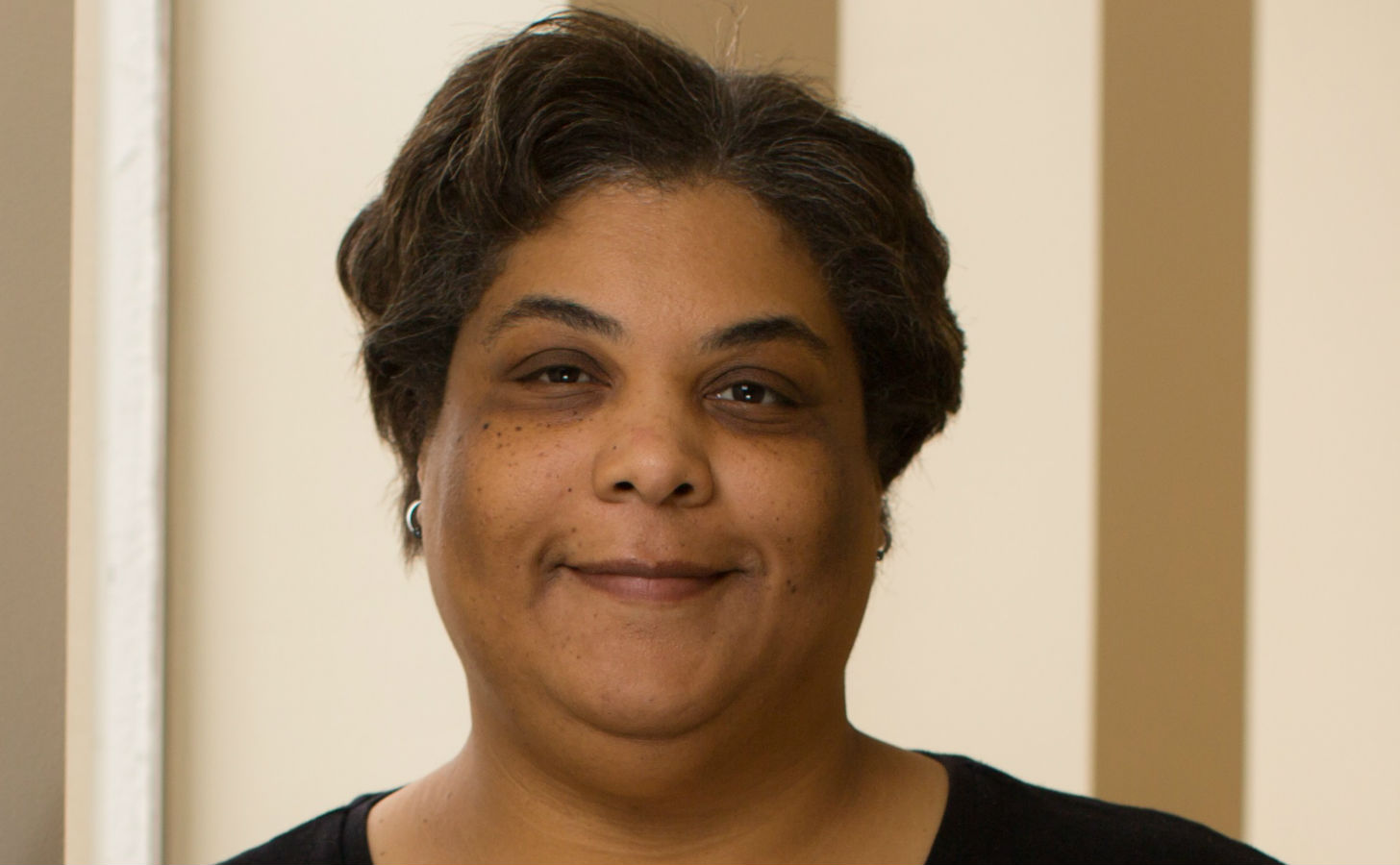 “[I]t’s frustrating that the expectation is for women to have to apologize for fatness and then do this elaborate weight loss in the public eye.”

“It’s the hardest thing I’ve had to write, and it’s the best thing I’ve ever written,” Roxane Gay said to a crowd gathered to hear her deliver the PEN World Voices Festival’s Arthur Miller Freedom to Write Lecture. It was May of 2016, and Gay was referring to Hunger, her much anticipated memoir. I was in that audience that day, and I heard the people around me collectively inhale the simple power of those words. It was the kind of statement characteristic of Gay’s work: direct, arresting, and unapologetic, the kind of statement that has made her a New York Times bestselling author and cultural icon.

Now, after finishing Hunger, I understand the emotional fortitude necessary to write this book. Hunger is a wrenching self-examination in which Gay analyzes her body, and the weight she’s gained in response to her sexual assault trauma. The book begins as an account of her life, and includes Gay’s trademark commentary on popular culture, such as The Biggest Loser and the Kardashians.

From the first page, Gay guarantees no simple or happy conclusions about weight loss or moving past trauma. “The story of my body is not a story of triumph,” Gay says in the second sentence of her book. Gay’s memoir is, instead, “about learning, however slowly, to allow myself to be seen and understood.” No, Hunger is not a self-help book. There are no bite-size takeaways or before-and-after pictures, because it’s more complex than that. The triumph of the book lies in the feat of laying oneself bare.  Gay is inviting readers to witness an unflinching self-portrait.

You’re at the beginning of your tour for Hunger, which is arguably your most revealing book. How do you anticipate the tour being different from previous tours?

Every book tour is essentially similar, but when I have to discuss this particular book in public over and over again, it can be challenging and 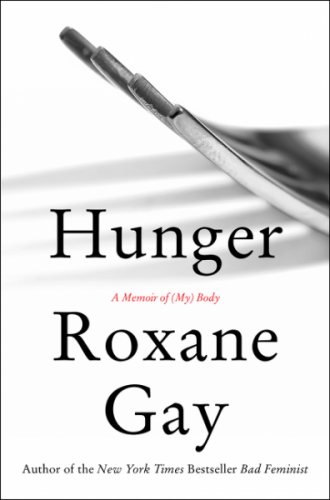 Yes, you say on the very first page that writing Hunger has been the most difficult experience of your life. How did you go about tackling this project?

I procrastinated for a very long time, well past when I was supposed to turn the book in and well past when it was supposed to be originally published. I finally just dove in the beginning and thought, where would I start if I was going to tell the story of my body? I started with my childhood. The first half of the book is mostly a chronological account of my life, and the second half tends to be more topical. I don’t really have a formal writing process, so I wrote when I could. I was on tour when I wrote most of the book. I’ve been on tour since 2014.

You write about self-care and how cooking can be a form of self-care. Now that you’re on tour and you’ve got a packed schedule, what kinds of self care do you find helpful when you’re busy and on the road?

I don’t do self-care very well. I’m working on that. I love to go back to my hotel room and watch a pay-per-view movie, because I don’t have time to go to the theater because I’m traveling so much, so one of the best ways to see current movies is on airplanes and in hotel rooms, so I will treat myself to a movie in a hotel room.

Nice. What kind of shows are you watching now?

I watch a lot of Law and Order: SVU. I enjoy a good Lifetime movie. Right now I’m watching The Bachelorette, of course, now that the new season has started.

You also talk about how figures in popular media like Oprah and Kirstie Alley approach weight loss as a shameful act that they need to repent for. For example, you reference an Oprah episode where she comes on stage with a wheelbarrow of animal fat that represents how much weight she’s lost. You then juxtapose that with Ina Garten’s Barefoot Contessa, in which food is celebrated as nourishment. How do you think the media can find a middle ground that reflects an experience of healthy eating and body positivity?

I don’t think that ground zero for the media is in regard to food. I think it’s in regards to how they display and discuss fat bodies. The media needs to put more bodies in front of people. Oftentimes we only see one type of body, which is the very thin body. The media treats that as the norm, and that ends up being detrimental to all the other types of bodies in the world.

When Oprah brought that sack of fat out, she was in many ways self-flagellating for the audience and apologizing for her fatness. But she was also an entertainer and a host, and so I understand it was a showbiz moment. We’re still talking about it, so obviously she struck a nerve, but it’s frustrating that the expectation is for women to have to apologize for fatness and then do this elaborate weight loss in the public eye.

You frequently use the word “unruly” to describe the fat body. The word “rage” also comes up a lot. To me, they became powerful mantras, and I’m interested in what your relationship is to those words.

As I was thinking about ways in which we talk about fat bodies, I found that I liked the words “unruly,” “non-conforming,” and “rule breaking.” These words gave me another way of talking about fat bodies, but in a way that was respectful and still allowed the fat body to have dignity.

The word “rage” comes up because I think when you live in a world with a body that the world does not care for or accommodate, you accumulate quite a lot of rage. I wanted that to be very clear.

You write that people have critiqued you for “being full of self-loathing and of being fat-phobic.” What kinds of reactions did you anticipate while you were writing this book?

I’m definitely anxious about how anyone will receive the book, but I think I’m a little more anxious about how other fat people will read the book, because I care more about what other fat people think. It’s really challenging to write a book where you believe in fat positivity, which I absolutely do, and I think it’s very necessary corrective to the fat phobia that’s pervasive in this culture, but at the same time I’m not fully there yet in terms of feeling that for myself.

I think in general the fat positivity community could be more inclusive of different kinds of fat people, specifically people who are around 600 pounds, as opposed to 300 pounds. I just hope that people understand that it’s a memoir, and not a book that’s meant to represent all fat people in any stretch, and there are plenty of wonderful fat writers out there worth reading, and I’m just one of them.

Speaking of fat positivity, I like how you take control of labels that are often perceived as negative. For example, you say that you sometimes identify yourself as a “victim” as opposed to “survivor” of sexual assault. Could you talk more about that and about claiming that term?

When I was in my late teens and twenties, and thirties, and even now, people tended to prefer the language “survivor,” which I totally get and I support. But that language sometimes to me feels like it ignores the suffering I have experienced. Again, it’s a very personal thing and I support whatever language people want to use to talk about their own trauma, and their own experiences, but I don’t mind the term victim at all.

I don’t feel shame around things I’ve suffered in the past. I survived it and I’m a survivor now perhaps, but once I was a victim. That is also a part of my identity. It’s ok and I don’t feel that I need to distance myself from that, because I know that having been a victim does not define me, and is not the singular representation of who I am.

On another note, you talk about coming out and your struggle to verbalize your bisexual identity. You say that you performed your queerness by wearing an excessive number of pins and pride rings, etc. It’s Pride month now–how do you think you’re going to approach it? How has your perspective evolved in terms of the struggles that go along with bisexual identity?

I’m always excited about Pride month. When I was young I used to celebrate pride and party, but I’m old now, so now I just look at the calendar and recognize that it’s Pride month and I feel very full of pride, the way I do every month being queer.

I’m at a point in my life where I’m very comfortable with my identity as a bisexual woman and I’m very proud of my identity, and I’m very open about it, and I think that being open is a real pleasure and a real privilege and I’m glad that I get to do it.

‘The One You Get’ by Jason Tougaw
James Jenkins: Publishing Lost Gay Classics
'Happy Accidents' by Jane Lynch