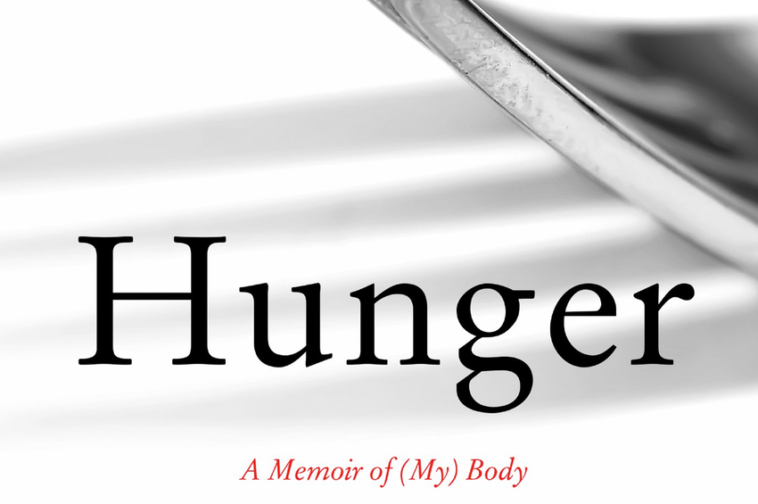 Writer Roxane Gay’s long-awaited memoir Hunger (Harper) is a candid exploration of the writer’s relationship with food and trauma.

New York Times bestselling author Roxane Gay has written with intimacy and sensitivity about food and bodies, using her own emotional and psychological struggles as a means of exploring our shared anxieties over pleasure, consumption, appearance, and health. As a woman who describes her own body as “wildly undisciplined,” Roxane understands the tension between desire and denial, between self-comfort and self-care. In Hunger, she casts an insightful and critical eye on her childhood, teens, and twenties—including the devastating act of violence that acted as a turning point in her young life—and brings readers into the present and the realities, pains, and joys of her daily life.

In his new novel, Since I Laid My Burden Down (Feminist Press), irreverent writer Brontez Purnell details one young man’s riotous coming of age in 1980s Alabama. 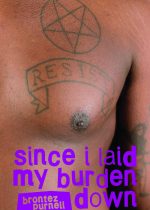 DeShawn lives a high, creative, and promiscuous life in San Francisco. But when he’s called back to his cramped Alabama hometown for his uncle’s funeral, he’s hit by flashbacks of handsome, doomed neighbors and sweltering Sunday services. Amidst prickly reminders of his childhood, DeShawn ponders family, church, and the men in his life, prompting the question: Who deserves love?

Author Christopher Bollen’s latest novel, The Destroyers (Harper) is a masterful thriller that examines friendship, familial strife, and the intoxicating thrall of wealth and power:

Arriving on the Greek island of Patmos broke and humiliated, Ian Bledsoe is fleeing the emotional and financial fallout from his father’s death. His childhood friend Charlie—rich, exuberant, and basking in the success of his new venture on the island—could be his last hope.

At first Patmos appears to be a dream—long sun-soaked days on Charlie’s yacht and the reappearance of a girlfriend from Ian’s past—and Charlie readily offers Ian the lifeline he so desperately needs. But, like Charlie himself, this beautiful island conceals a darkness beneath, and it isn’t long before the dream begins to fragment. When Charlie suddenly vanishes, Ian finds himself caught up in deception after deception. As he grapples with the turmoil left in his friend’s wake, he is reminded of an imaginary game called Destroyers they played as children—a game, he now realizes, they may have never stopped playing.

Activist and author Janet Mock’s new book, Surpassing Certainty: What My Twenties Taught Me (Atria Books), is a snapshot of the author’s turbulent young adulthood:

Riveting, rousing, and utterly real, Surpassing Certainty is a portrait of a young woman searching for her purpose and place in the world—without a road map to guide her.

The journey begins a few months before her twentieth birthday. Janet Mock is adjusting to her days as a first-generation college student at the University of Hawaii and her nights as a dancer at a strip club. Finally content in her body, she vacillates between flaunting and concealing herself as she navigates dating and disclosure, sex and intimacy, and most important, letting herself be truly seen. Under the neon lights of Club Nu, Janet meets Troy, a yeoman stationed at Pearl Harbor naval base, who becomes her first. The pleasures and perils of their union serve as a backdrop for Janet’s progression through her early twenties with all the universal growing pains—falling in and out of love, living away from home, and figuring out what she wants to do with her life.

Lucky and her husband, Krishna, are gay. They present an illusion of marital bliss to their conservative Sri Lankan–American families, while each dates on the side. It’s not ideal, but for Lucky, it seems to be working. She goes out dancing, she drinks a bit, she makes ends meet by doing digital art on commission. But when Lucky’s grandmother has a nasty fall, Lucky returns to her childhood home and unexpectedly reconnects with her former best friend and first lover, Nisha, who is preparing for her own arranged wedding with a man she’s never met.

As the connection between the two women is rekindled, Lucky tries to save Nisha from entering a marriage based on a lie. But does Nisha really want to be saved? And after a decade’s worth of lying, can Lucky break free of her own circumstances and build a new life? Is she willing to walk away from all that she values about her parents and community to live in a new truth? As Lucky—an outsider no matter what choices she makes—is pushed to the breaking point, Marriage of a Thousand Lies offers a vivid exploration of a life lived at a complex intersection of race, sexuality, and nationality. The result is a profoundly American debut novel shot through with humor and loss, a story of love, family, and the truths that define us all.

If you are looking to pick up some last minute beach reads, check out these new fiction titles from Nick White, Julia Glass, and Sean Eads.