‘My Mourning Year: A Memoir of Bereavement, Discovery and Hope’ by Andrew Marshall

‘My Mourning Year: A Memoir of Bereavement, Discovery and Hope’ by Andrew Marshall 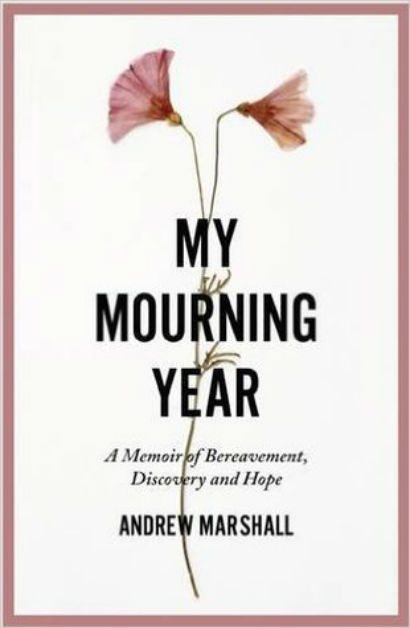 In 1997, Andrew Marshall’s worst nightmare happened when his partner, Thom, died from a two-year illness at the age of forty-three. In order to cope with his loss, Marshall grieved through his diary in the months leading up to Thom’s death and the year after Thom was gone. Twenty years later, Marshall decided to publish this diary for the world to read in his memoir, My Mourning Year: A Memoir of Bereavement, Discovery and Hope.

My Mourning Year is not a fluffy nor miraculous account of a man who beautifully grows and learns to productively cope with his partner’s death. Instead, Marshall is raw and honest in his documented bereavement. Right after Thom’s death, Marshall writes, “The love of my life, the scaffolding of my soul, the person who made my life make sense had died and I felt nothing.” Marshall even admits he felt like Thom was having an affair with his illness at times. His reactions and emotions are not eloquently intentional. Marshall is a real person with real suffering.

Marshall’s published diary demonstrates that humans are not taught how to accept death or move on from a loss. In a conversation with his friend Kate who had unexpectedly lost her mother recently, Marshall wonders if it is better to know that a loved one is going to die to prepare for their death or to have them swept away from life in an instant.

Andrew Marshall is best known for his self-help books, but his memoir demonstrates that mental health, even for experts in the field of psychology, is a universal struggle. Failed counseling sessions, spontaneous vacations, and romantic dates are all attempts Marshall makes in order to move past “the black holes of Thom.”

Although the memoir feels more edited than Marshall admits in his intro when he says “basically it remains the same,” My Mourning Year is still a poignantly honest journey of grief. Readers will see Marshall grow and tackle many obstacles he faces in his year of mourning. One of those obstacles is Marshall’s family, who even after Thom’s death, fails to fully accept Marshall’s sexuality and validate his relationship with Thom. It’s not until after Marshall’s emotions reach the boiling point does he get the courage to confront his family’s absence of support.

One thing becomes clear right from the start of this story: Thom was lucky to be loved by Andrew Marshall. This is evident in Marshall’s brave dedication to keeping Thom’s memory alive. Marshall is not selfish in his efforts to remember Thom. When he plants an apple tree in his memory and spreads Thom’s ashes, he makes it a communal celebration among Thom’s family and close friends.

My Mourning Year is not a suspenseful narrative. Readers know exactly what to expect from this book after reading the title. This memoir is a matter-of-fact account of how a man learns how to live after losing the love of his life. In a way, that makes this Andrew Marshall’s best self-help book. He does not offer steps or guidance for how to navigate the mourning process; instead, Marshall uses his experience as anecdotal evidence that a person can survive and learn to live again after being affected by a tragedy.

'Infected: Prey' by Andrea Speed
“I want no ending,” and Neither Will You: 'Chord' as Continuation and Expansion of Rick Barot’s Exce...
'Prairie Silence: A Memoir' by Melanie Hoffert