‘The Book of Joan’ by Lidia Yuknavitch

‘The Book of Joan’ by Lidia Yuknavitch 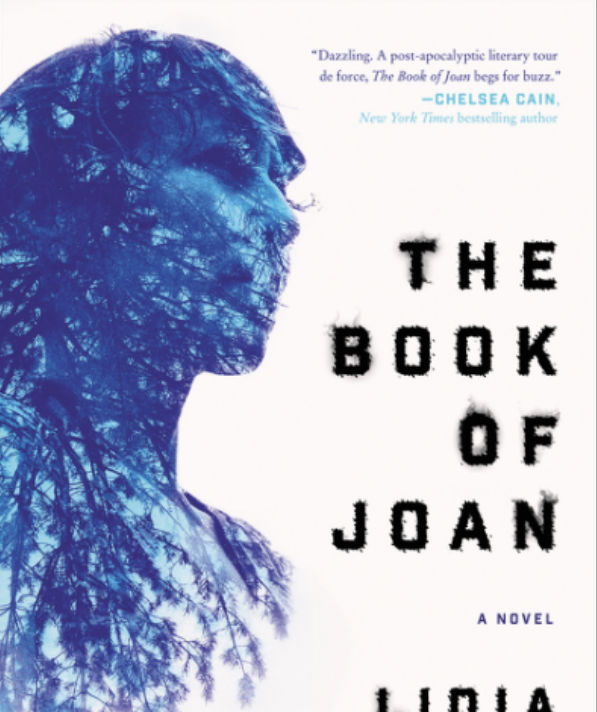 Imagine a sci-fi blockbuster scripted by a critical theorist and then novelized by a slam poet, and you might come close to anticipating The Book of Joan, a darkly inventive new work from Lidia Yuknavitch.

The story is framed as a dystopian take on the life of Joan of Arc, the 15th-century farm girl whose saintly visions and force of will propelled her to the head of the French army. One needn’t believe in the divine mandate of the French throne to find this one of the most miraculous passages in European history. The tale has inspired countless young girls who feel destined for something beyond what their time, place, and gender would prescribe.

All rules of time, place, and gender have collapsed in the alternative near future Yuknavitch creates. Instead of France, this Joan is allegiant to the earth itself, bound to it by magical powers she only partly understands. The world of her early childhood resembles ours, but by 2049, it’s in a state of rolling apocalypse. The earth is a “dead ball of dirt” with a tiny, scattered population of remaining humans—including Joan, who has survived a televised burning at the stake. Her crime: using her earth-powers against assorted enemies, such as the corporations mining the Alberta Tar Sands.

A second protagonist, Christine, floats above with other wealthy survivors inside the spacecraft CIEL. They’ve lost their pigment, hair, and sex characteristics for vague, radiation-related reasons. Space is boring, so they kill time burning stories into their skin, which grows back so copiously that they come to resemble human doilies. When the action opens, Christine is inscribing the story of Joan’s girlhood across her chest.

These “skin grafts” are the primary art form, currency, and topic of conversation on CIEL, setting up a politico-artistic battle between Christine and Jean de Men. The latter is not only the creator and ruler of CIEL but also a graft artist, bestselling self-help author, mad doctor, media tycoon, military leader, and the chauvinistic arch-villain who tried to murder Joan. (The résumés in this book make one feel awfully unambitious.) Having ravaged the planet, he aims to stamp out all lingering resistance.

How did we get here? Yuknavitch supplies no shortage of causes: global warming, bioengineering, solar flares, nuclear drones, roving armies of child soldiers. Misery is piled atop misery. Women are graphically mutilated, and when another main character is skinned alive, we get not only the gory details but also a full-color description of an even more violent torture his punishers merely considered inflicting.

An eternal present tense suggests Yuknavitch is writing for the screen more than the page, and indeed, a movie’s already in the works. Fans of films like Mad Max: Fury Road may be energized by the onslaught, which aims more for color than consistency. The residents of CIEL are ceaselessly surveilled and imprisoned for the slightest offense, yet it’s no trouble for Christine to amass an army of young acolytes to overthrow Jean de Men. People talk in a sort of devolved Shakespearean dialect, though that doesn’t prevent Joan’s sidekick and lifelong love Leone from remarking to her, “You’re so retro… All black leather and metal. Still badass after all these years.” When this happens, the two women have just narrowly escaped death, killed a couple of enemy soldiers, and watched a pair of abused young girls take their last breaths.

But Yuknavitch has never suffered from either good taste or a shortage of ideas. The Book of Joan reads like it was written in one headlong rush, expanding to incorporate a multitude of heavy themes coursing through our own frightening historical moment.

The naturalness (or not) of gender is one of those themes. CIEL’s world of bodies transformed by narrative and radiation has intriguing political implications, albeit sometimes awkwardly expressed. When the great unsexing happened, Christine reports, “Those of gender fluid persuasion could finally breathe as the rest of us caught up to their lived experience.” (Is “pasty space-blob” the lived experience of nonbinary people?) A final showdown on CIEL builds to a reveal that uncomfortably recalls Russ Meyer’s Beyond the Valley of the Dolls.