‘Eyes Too Dry’ by Alice Chipkin and Jessica Tavassoli

‘Eyes Too Dry’ by Alice Chipkin and Jessica Tavassoli 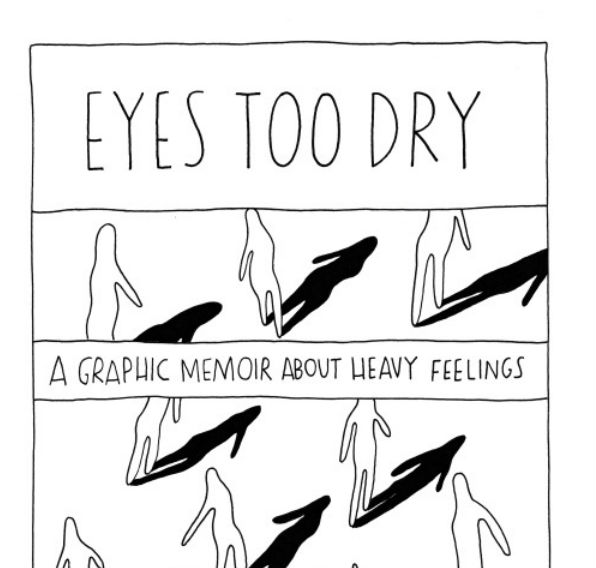 When Jessica Tavassoli (Tavi), a medical student in her twenties, fell into a deep depression, her friend and roommate Alice Chipkin (Ali) struggled to find ways to help her. One thing that helped was to create this comic together. Eyes Too Dry recounts the fears, emotions, and struggles they experienced, as well as the toll depression took on both their lives.

Depression is not just feeling sad, and it’s not something people easily snap out of.  Any readers whose lives have been touched by this illness will find Tavi’s descriptions right on the mark, and even readers who have never experienced it will sense both its physical and mental weight:

The two women start out as housemates in Melbourne, Australia. At first Tavi’s depression doesn’t seem so bad, but as time passes, it becomes overwhelming. It’s hard for her to function; she loses friends and stops making connections. She sees a counselor and goes on anti-depressants. Her friend Ali is loyal throughout, despite pleas from her family that Tavi’s depression will overwhelm her. And sometimes it does. Often, Ali feels like she lacks the skills, tools, and ability to change things.

Tavi decides to move to Vancouver, Canada. Still the friends keep in touch, but now it’s long distance, which lifts some of the weight off Ali (though now Tavi’s new housemate Sophie bears the responsibility of helping). But the distance adds pressure, especially when Tavi goes off her meds. She spirals down, and now Ali struggles with dropped cell phone calls, the difference in time zones, and Tavi’s reluctance to seek help. Finally, Ali suggests she might visit Canada in order that the two friends create a graphic memoir about their shared experience. Tavi also decides to go back on meds, realizing battling depression with no help isn’t working. By the end of the book, Tavi has reached a point where suicide no longer beckons, and if she doesn’t feel ecstatically happy, she also doesn’t feel so blue. And the act of creation and collaboration seems to help.

The simple line drawings work well for this memoir, capturing the essence of many overlapping emotions: love and caring, entangled with fear and resentment. Wordless images also boldly connect the stories told with narrative; for example, an image of a woman falling towards a black hole parallels the suck of a mental illness that draws one in. Another image shows a woman who’s dripping small parts of herself that resemble hooks or question marks, into her shadow, her dark side.

As much as this comic chronicles depression, it also records the struggles of a caretaker dedicated to helping her friend. This story provides an insightful, personal view on how two friends navigate both a mental illness and their own boundaries in order to keep their friendship intact.

New in April: Edmund White, Mariko Tamaki, Jonathan Corcoran, S. Andrea Allen and Lauren Cherelle
Adam McOmber on Astonishment and the Queer Imagination
Garth Greenwell: On His New Novel and the Universality of the Gay Experience