‘Crazy for Vincent’ by Hervé Guibert

‘Crazy for Vincent’ by Hervé Guibert 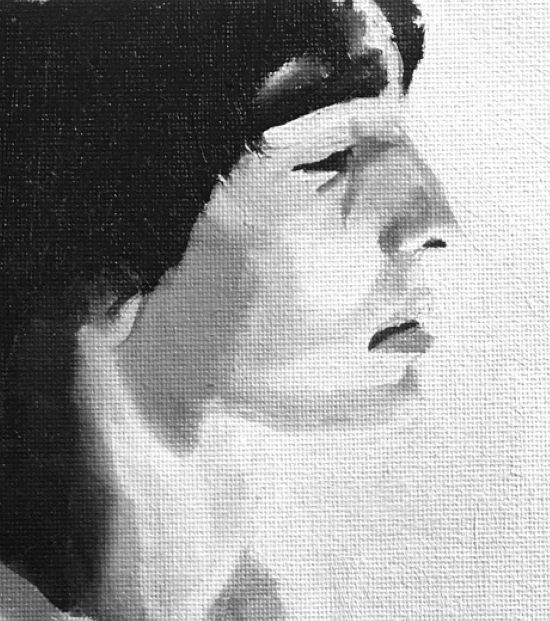 Amid all the frustration on the American political front, smart LGBT readers may take some refuge in this good news: the works of French writer Hervé Guibert are increasingly available in highly readable English translations.

Crazy for Vincent first appeared in 1989, and is instantly identifiable as the work of Hervé Guibert.  First off, it’s a hybrid of forms—diary, memoir and fiction. Second, it’s transgressive. Vincent is a hustler, there’s drugs—lots of drugs—and lots of intergenerational sex. Finally, crucially, AIDS becomes an integral part of the narrative. Indeed, in his introduction, Hainely points out that Crazy for Vincent is “one of Guibert’s two books, both published in 1989, to mention the infection, point-blank, for the first time.”

Vincent explores its title character, who has appeared in other Guibert books, including Mausoleum of Lovers and Voyage avec deux enfants. Guibert accomplishes this by going through his journals and transcribing entries. “I had met Vincent in 1982 when he was still a child,” an early entry reads, “I had to resolve that once he became a man, I would continue to love him for what he no longer was. For six years, he invaded my journals. Several months after his death, I decided to find him again in these notes, in reverse.”

In the next entry, however, Guibert renders himself an unreliable narrator, the kind of anti-hero that might narrate a work of modern fiction. Addressing the issue of Guibert’s place in the text, Hainley quotes this passage from a 1991 interview Guibert gave Le nouvel observateur, “There’s the experience of writing, and that’s the point where I become Hervé Guibert, the character in my books … When people stop me in the street—‘Aren’t you Hervé Guibert,’ I feel like responding, “No, I’m not Hervé right now.”

But despite the smoke and mirrors between fact and fiction, despite all the modernist devices, Crazy for Vincent is in one sense a very old-fashioned kind of gay memoir: the story of love affair between an older gay man and a younger straight man who are divided as much by class as they are by age. The book suggests a kind of ancient Greek relationship between a mature man (a teacher, a sponsor, a nurturer of nascent sexuality) and an adolescent man (a student, one eager for the physical as well as the emotional and intellectual). “I cross [Vincent’s] parents in the hallway,” Guibert writes, “they stare at me with respect, as if I were their son’s patron.” À la Plato’s Symposium, Guibert and Vincent are two complementary sides of one creature: Vincent with his beautiful body and ugly face; Guibert with his beautiful face and his thin, concave chest.

Greek or not, such relationships are seldom as ideal as they sound and can take a turn to emotional sadomasochism. “Every time I call him,” Guibert confesses, “I humiliate myself.”  Vincent, in turn, can be inadvertently or advertently cruel to Guibert: “[Vincent] says, “When you suck me off, in the light, I can see you have a bald spot right there.” Then, perhaps in some effort to take control of a situation, Vincent condescends to Guibert about Guibert’s “self-esteem.” Luckily, very little gets past Guibert and he understands that “[Vincent] detected a hint of pathos in my voice, and doesn’t want to come to its rescue … he is always the diagnostician of our relationship.”

The relationship takes its most tender turn when Vincent gets sick. Recalling his own mentorship with the gay philosopher Michel Foucault, who died of AIDS in 1984, Guibert writes, “My dead friend speaks through my mouth to comfort Vincent, to chase away his panic.” Which bring us to another important aspect of Crazy for Vincent: Foucault is not the only gay friend and mentor that Guibert references. He also names Roland Barthes. “Read with emotion, waiting for Vincent last night, Fragments of a Lover’s Discourse: feeling that I often pursue the thing that Barthes indicates.” This is Guibert’s way of saying that, like Barthes’s Fragments of a Lover’s Discourse, Crazy for Vincent is a discourse on the abstract notion of love. “I am, as always, in writing, at once the scientist and the rat he disembowels for research.”

And what a wealth of research Guibert has for us. Vincent is an uncontrollable passion. (“Every time I call him, I humiliate myself.”). Vincent is an erotic obsession (“Five days and five night with Vincent in this strange city, five monotonous orgasms: he offers himself with inertia and resignation, I drench his thighs ….”). And Vincent is, first and foremost, an invention: “I had wanted to slip so many skins on Vincent: that of whore, that of a child, that of a thug, that of a sadist, that of just anyone.” And love? “Is not love,” Guibert asks, “a pretext for despair?”

In the end, the idea of Vincent and being in love with Vincent merge with the idea of grief, and thus we have not only a brilliant discourse on love, but on grief, and all the connections therein, especially as the idea of grief relates to the eras immediately proceeding and following the AIDS crisis. “If I stay with [Vincent],” Guibert concludes, “it’s also because he’s the only one who allows me to maintain a link with my youth.”

'My Avant-Garde Education: A Memoir' by Bernard Cooper
'We Are Never Meeting in Real Life' by Samantha Irby
What Literature Taught Me About Infatuation & Romance