Meredith Maran on Her New Memoir and the Definition of Happiness

Meredith Maran on Her New Memoir and the Definition of Happiness 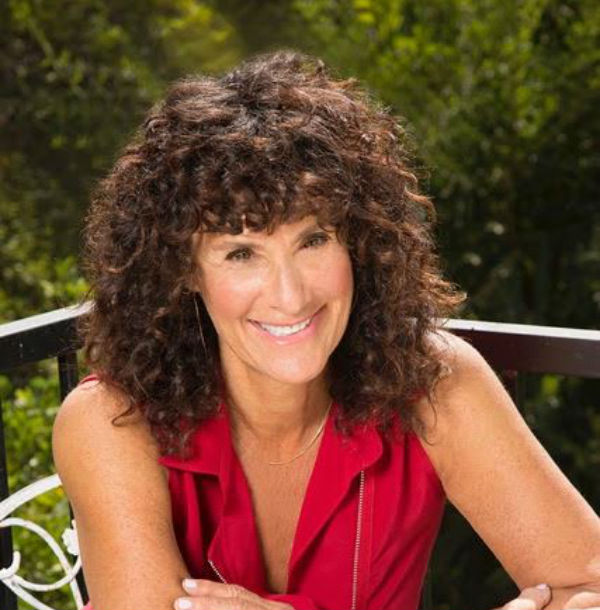 “I find that the way I define and feel happiness keeps changing. Going through the worst time of my life definitely lowered the bar, which is actually a good thing.”

Anne Lamott has called her “witty, savvy, and compassionate;” Michael Chabon has called her “fierce and incisive.” Meredith Maran, author of the recent memoir, The New Old Me, is all of these things, and more. On the page and via email, Maran is ebullient, smart, open, and curious—the type of woman you’d want to strike up a conversation with at the bar. Her prose is infused with keen wit and self-awareness. While The New Old Me tells the tale of losing her wife to divorce, her best friend and father to death, and reality as she knows it to the wrecking ball of life, Maran expertly weaves humor alongside sorrow and hope alongside heartbreak.

Maran is the author of several memoirs, among them My Lie: A True Story of False Memory and What It’s Like to Live Now, as well as a novel, A Theory of Small Earthquakes. Her work has also been widely anthologized, including in Dear John, I Love Jane, a book of essays about female sexual fluidity, which was my first exposure to Maran’s writing.

While on tour for The New Old Me, Maran generously spent some time talking with Lambda about female friendship, God, her penchant for nonfiction, her particular affinity for memoir, and the ever-shifting definition of happiness.

How did writing The New Old Me come about? Did you have any idea that you’d be writing about this period of you 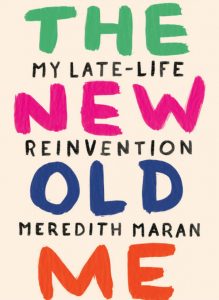 r life as you were living it?

The day I left my wife, my home, my life—May 20, 2012, to be precise—I was stuffing my little car full of whatever would fit, driving south on the I-5, watching my old self retreat in the rearview mirror. And, as any memoirist worth her salty tears would do, at the same time I was also watching myself doing those things as if it was a movie. And I was wondering how many other 60-year-old women were leaving or being evicted from their lives at that moment, starting over whether they wanted to or not. Once that question presented itself, the memoir became inevitable.

How did you decide what to include and what not to?

When I told my agent that I wanted to write a post-divorce memoir without writing about my ex-wife or my kids, she told me I didn’t have a story without those plot lines. I took that as a craft challenge: to make the writing and the emotional honesty stand in for the missing elements of the story. It was more difficult than I thought it would be, writing a memoir strictly from my own point of view. It’s hard to live that way, too—to keep the focus on myself instead of psychoanalyzing everyone around me as a way of explaining my own behavior. Revealing the details of how my marriage fell apart would have been made a more sensational story, and would have made me a more sympathetic character. But as in life, it was far more useful to the reader, and to my own understanding of what happened, to write only about my part in the unraveling.

You’ve written several memoirs and books of nonfiction—what is it about nonfiction that so ignites you?

I do love writing nonfiction. I’m a truth fanatic, so it fits my obsession. Memoir matches my sensibilities especially well. I’m a high school dropout who’s learned most of what I know from what I’ve done—relationships, adventures—rather than what I’ve studied. The other thing that keeps me writing nonfiction is considering the alternative. Writing fiction is so hard for me! I’ve written four novels and published only one, which was the product of eight years and rivers of tears. I have great respect for writers who crank out one novel after another.

Speaking of novels, I’m curious, how is the act of writing fiction different for you, if at all, from writing nonfiction?

See “eight years and rivers of tears,” above. Even my one published novel (so far) is based on a true story, or an amalgam of my own true story and someone else’s. The best part of writing the novel was creating its ambient world, filling in all the details. The hardest part was keeping the characters true to themselves at each stage of their development. The novel scans twenty years, so that was biting off a bit more than I might have chosen to chew, my first time out.

In The New Old Me, you do a remarkable job of writing about dating, and sex. Even though you’re coming at it from the perspective of someone in her 60s, it felt very honest and relatable, even to me, and I’m in my mid-30s. What was it like to relive some of these experiences on the page? Do you worry that the people you’ve written about will read The New Old Me and recognize themselves?

You mean the guy who took me out for a fancy dinner, sexed me up, then asked me to come home and fuck his wife while he watched? I’m fine with that dude recognizing himself, but I don’t think he has that kind of self-awareness! As for the other people I dated, I wrote about them with all the kindness they deserve. And the one person I had an actual relationship with during the time frame of the book, Helena, was one of my readers. She disagreed with some aspects of my version of our story (of course she did! That’s why we’re not together anymore) but because she understands the difference between art and real life, she didn’t ask me to change a word.

Was it nerve-wracking to write so openly about some very vulnerable, and not always flattering (for you or others), moments?

Apparently I had a fairly shitty opinion of myself, which made self-deprecating writing something of a lark. I’ve heard this from several friends since the book came out earlier this week. They’re telling me I was too hard on myself and too easy on them. I say, that’s as it should be! My job as a memoirist is not to assassinate the characters of those who happen to love me. Is it?

Will you talk a little bit about God, and the relationship you establish with prayer during this time?

I had a great relationship with God when I was a little kid, standing on my tiptoes to pray every night because I figured God was up there, not down there, so why get on my knees. Then life happened, and becoming an activist happened, and God wasn’t invited to the party. God was equated with religion in most leftist and gay circles, and religion was the “opiate of the masses,” or worse: the backers of Prop H8 and other anti-queer attacks. So, no God for me for 50 years or so. Then I went through the crisis I write about in the book, and digging through my contacts app for someone, anyone, to talk to, there was God! He wasn’t buying the drinks but he wasn’t too busy to listen, either. Since 2012 we’ve been in an ongoing conversation that’s been enormously helpful—to me. He doesn’t answer when I ask Him if it’s good for Him, too.

Another thing I found so refreshing about this book is how female friendships are portrayed. You probably know the expression, “Leap, and the net will appear”? I think of this network of women that you build as the net that catches you in LA. Will you talk a little bit about how necessary these connections were to your healing process?

Oh, I’m a leaper, all right, and my friends are definitely the net. We’re all each other’s nets, aren’t we? Part of my “journey,” as they say in La-La, was learning to be by myself, something I was never good at and still only like in fairly small doses. But knowing I was going to meet a friend for dinner that night was the pot of gold that pulled me through many of my hardest early days in LA. Now I’ve been there nearly five years and I’m amazed by how close I am to a handful of women (and a few men), how integrated into each other’s lives we’ve become. I pretty much know where I’m going to spend holidays, and where I’m going to be on my goddessdaughters’ birthdays, and who I’m going to call when I’m crying too hard to talk.

What’s your take, now, on transformation and/or reinvention? I ask this because the themes run throughout The New Old Me, but in an unexpected way. There’s no epiphany here, no “happily ever after” moment, no “and then it was all worth it,” and yet, you are undeniably a different person by the end of the book.

Are there any genuine “happily ever after” moments in life? Fantasies, yes; moments, no—by definition “ever after” can’t live within a single moment. But your question makes me laugh because I’d decided to cover a three-year span in the book, for no particular reason other than three years sounded better than two or four. And when the three years was up, I told my editor I wasn’t “cooked” yet. I wanted to be a better person than I was at that point. So we agreed to give the book a six-month grace period, and then the last scene in the book happened, and then I had the narrative arc I was looking for.

In one of the final scenes, you tell a friend who’s suffering a great loss and worrying she’ll never be happy again: “It’ll be a different kind of happiness. But you’ll be happy again.” As the scene progresses, you also admit that though you are happy now, it is “[n]ot the way I used to be.” Is this still the case, or do you find that your definition and/or experience of happiness changes as time passes?

It’s still the case, and I find that the way I define and feel happiness keeps changing. Going through the worst time of my life definitely lowered the bar, which is actually a good thing. It takes less to make me happy now—or maybe I now define happiness as being out of pain. Contentment is another matter. I don’t think I’m built for that.

What are you working on, writing-wise, these days?

Surprise! I’m starting a new nonfiction book that’s not a memoir! And that, for the moment, is all I’ll say about that!

And last question, because I always want to know: what are you reading right now?

Speaking of love, happiness, and marriage (we were speaking of those things, weren’t we?): I just finished Dani Shapiro’s Hourglass, which I’m reviewing. Lordy lord, that woman can write. The book made me totally envious of her marriage, and also gave me hope that maybe someday I’ll know a love like that again.

‘Are the Lips a Grave?: A Queer Feminist on the Ethics of Sex’ by Lynne Huffer
Farzana Doctor: On Resiliency, Terrorism, and Swingers
Minal Hajratwala: 'The IQ in LGBTIQ'