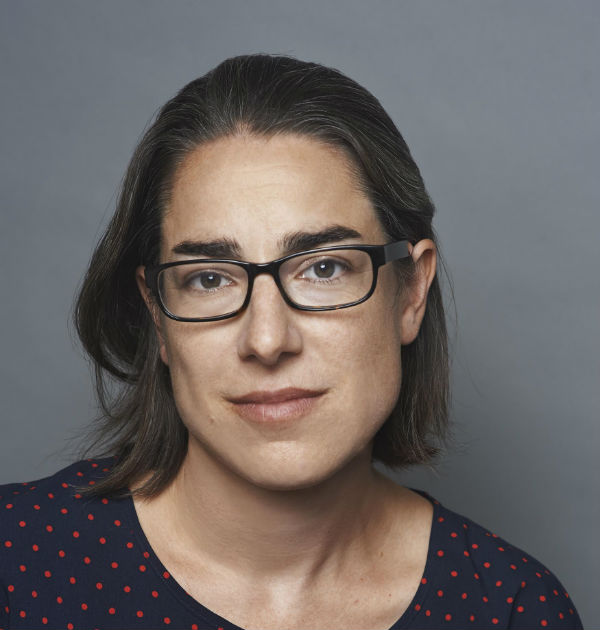 We love talking to authors about their work, but what about the people whose unseen labor brings those books to the public?

We wanted to get an editor’s perspective on the work that goes into publishing, so we spoke with Anna deVries, an Executive Editor at Picador USA. As an editor, Anna focuses on acquiring non-fiction oriented towards social justice issues, as well as discovering exciting voices in fiction. We talked about her personal experiences as a lesbian in publishing, the ongoing conversations about diversity the industry, and the books she’s most excited about right now.

What made you decide to go into publishing?

I am one of those nerds who always knew I wanted to work in publishing. I love to read, as does everyone who is in this business, and I couldn’t imagine a life or career that wasn’t consumed by books. My first job was in a bookstore, Dutton’s in North Hollywood, when I was fifteen. The owner, Dave Dutton, recently passed away, and he remains an example to me for how to be kind, knowledgeable, and generous while conveying a love of books to others.

What were some of your first jobs in the industry?

During my senior year of college I was fortunate enough to land a job with a literary agent—I answered an ad on the English department bulletin board—and that gave me my first exposure to the business of books: how manuscripts are pitched to editors, what a book contract looks like, and all the back-channel stuff that goes into publishing a book. I worked for several agents after that but I wanted to see what the other side of the aisle was like and that’s when I started as an editorial assistant at Viking, where I discovered that editors don’t do much editing in the course of the day.

A large part of an editor’s job involves shepherding their books through the various departments–copyediting, production, art, marketing, publicity–that turn a manuscript into a book. I love the collaborative nature of the process and how the editor’s vision for a book is what guides all the discussions around it. I’m very protective over my books, so I tend to be obsessive about the details: what the page design looks like, what font is used on the cover, how the book is pitched to booksellers, and anything else I can give my opinion on. You have to be obsessive and detail-oriented as an editor because it is the editor who is the author’s primary advocate in-house and because it is the editor’s passion for the book that spreads enthusiasm for the book and the writer.

As a Senior Editor at Picador, you acquired and edited a wide range of books, from Damon Tweedy’s Black Man in a White Coat: A Doctor’s Reflections on Race and Medicine to Katha Pollitt’s Pro: Reclaiming Abortion Rights to Amy Grace Lloyd’s novel The Affairs of Others. What do you look for when you’re acquiring a book?

The first thing I notice when I’m reading a manuscript is the writer’s voice. It should be distinct enough that you feel you’re being led into a story that can only be told by this person and no one else, and it should seduce you enough to make you trust the journey will be worth your time. A writer who can craft a beautiful sentence, one that makes you sit up a little straighter when you read it, always catches my eye. However I’m wary of talented but pretentious writing. If the ideas in an essay never evolve into original insight, or if the characters in a novel never show much depth or nuance, then you’re simply watching the writer indulge themselves, a superficial pleasure, which ultimately fails to satisfy in the long run.

My list tends more towards non-fiction and to books that have social justice issues at their core. I am very conscious of trying to find voices and stories that are outside the straight white narrative that dominates so much of the culture. I’m interested in working with and promoting those voices that tend to get overlooked or dismissed, or just haven’t been heard from before. Growing up gay, I felt the frustration of not being represented in most of the books I was reading. There’s always that push-pull as a reader between a desire to see yourself and your life mirrored in literature, coupled with a reader’s curiosity to learn about different lives and perspectives.

What kind of stories do you hope to see more of?

Mainstream publishing, and editors in particular, need to do a better job going outside their comfort zones and seeking out and promoting writers of color, LGBTQ writers, and those with diverse socio-economic backgrounds. The culture needs to reflect more of the country, looking beyond the existing boundaries for writers worth publishing will help achieve that.

You’re now an Executive Editor at Picador USA. There are very few LGBTQ people in publishing, particularly at the executive level. Could you talk a little bit about what your experience in the industry has been?

Publishing has always been seen as a more “progressive” industry–and there were LGBTQ people working in the industry as I was coming up. However, the numbers weren’t very large, and as a lesbian I felt like a subset within a subset, so there was a certain feeling of isolation as I was making my way up the ladder. The lesbians I knew about were mostly older and much more established, so I didn’t feel like I was in a position to reach out in any meaningful way as an editorial assistant. I remember going to a Publishing Triangle party for Sarah Waters many years ago and thinking, Oh, so lesbians do exist in publishing.

How has being a lesbian affected your outlook and your work?

I was never closeted, but I also didn’t make much of an effort to be too visible. One reason, which was borne out by experience, was that I didn’t want to be typecast as only interested in a certain kind of book, or conversely that I wasn’t interested in other books simply because they didn’t reflect my identity. I also hesitated to stand out as somehow different in a way that could negatively impact my career–not the most courageous position. I should say that this also intersected with my observation that men in general were generally rewarded for being more confident about themselves and their work, while women were scrutinized for their appearance and criticized for their ambition. So there was this unspoken feeling that the less you drew attention to yourself in a way that wasn’t related to your work, the better.

Now I am much more vocal and visible about being a gay editor. I’ve mentored several young editors and I see in their experiences that much of the racism and stereotyping is still there, which is why it is important to keep this discussion of diversity front and center and to hold people accountable for their casual or not-so casual prejudice. This of course also influences and fuels the books I’m interested in publishing, and the responsibility I feel to emphasize voices that fall outside the straight white narratives that have dominated the discussion.

There have been a lot of conversations over the past few years about the lack of diversity in publishing, some of which you’ve taken part in. Have you seen the industry responding or taking steps towards changing that?

Publishing certainly is aware of the need for diversity. (Putting aside the question of ‘diversity’ versus equity for the moment.) But this awareness and motivation to change seems more a response to the widespread criticism, rather than a real acknowledgment or appreciation of why broadening the backgrounds of the ranks of publishing can only improve the industry. Meetings are held, committees assembled, heads scratched, meanwhile there has been no significant effort to change the low starting salary and the extremely slow rate of advancement across the industry. It has been said by others before me, but tangible strategies to counteract these inequities are not complex: hire more people of color, more LGBTQ, more disabled. Mentor them, listen to them, promote them, give them a seat at the table. Call out the casual, and not-so-casual racism and sexism that still exists in offices and conference rooms.

On the publishing side, there has been more of a positive and swift response to the call for more diverse books and authors. Of course, some editors have been doing this for years, and their lists reflect that. But by and large the catalog of books that are published every year shades very heavily white and hetero. I hear about and see more editors committed to diversifying their list, so I do think that this will start to be felt as interest ripples outward—to agents, magazine and media editors, and hopefully writing programs. There are still economic forces that remain; publishing is a business and the biggest motivator will always be success. The huge cultural impact of books like The Argonauts, The Sellout, or Between the World and Me seeds the landscape for more diverse writers and more diverse stories.

What books are you most excited about this year?

I have two books coming in May that I’m excited about. The first is by Buzzfeed writer Scaachi Koul with everyone’s favorite title, One Day We’ll All Be Dead and None of This Will Matter. It’s a funny and sharp collection of essays about straddling western and Indian cultures and dealing with the racism and sexism inherent in both. The second book is a novel from Rakesh Satyal, No One Can Pronounce My Name, about the unlikely friendship between a frustrated housewife and a closeted gay man. It’s charming and funny and loving towards its two main characters who are trying to reconcile their desires with their connection to their community. I’ve also been busy editing an anthology of women writers on what the Trump presidency means for them. The title is, not surprisingly, Nasty Women and it features original essays by Cheryl Strayed, Rebecca Solnit, Kera Bolonik, Nicole Chung, Carina Chocano, and Samantha Irby, among others.

As for books I’m excited about as a reader, I can’t wait for Samantha Irby’s second book, We Are Never Meeting in Real Life. Anyone who can make me laugh like Sam has my immediate love and attention. Finally, I’ll happily join the chorus of fans anxiously awaiting Jesmyn Ward’s new novel, Sing, Unburied, Sing. She is such a deft and devastating writer, and this novel sounds phenomenal.