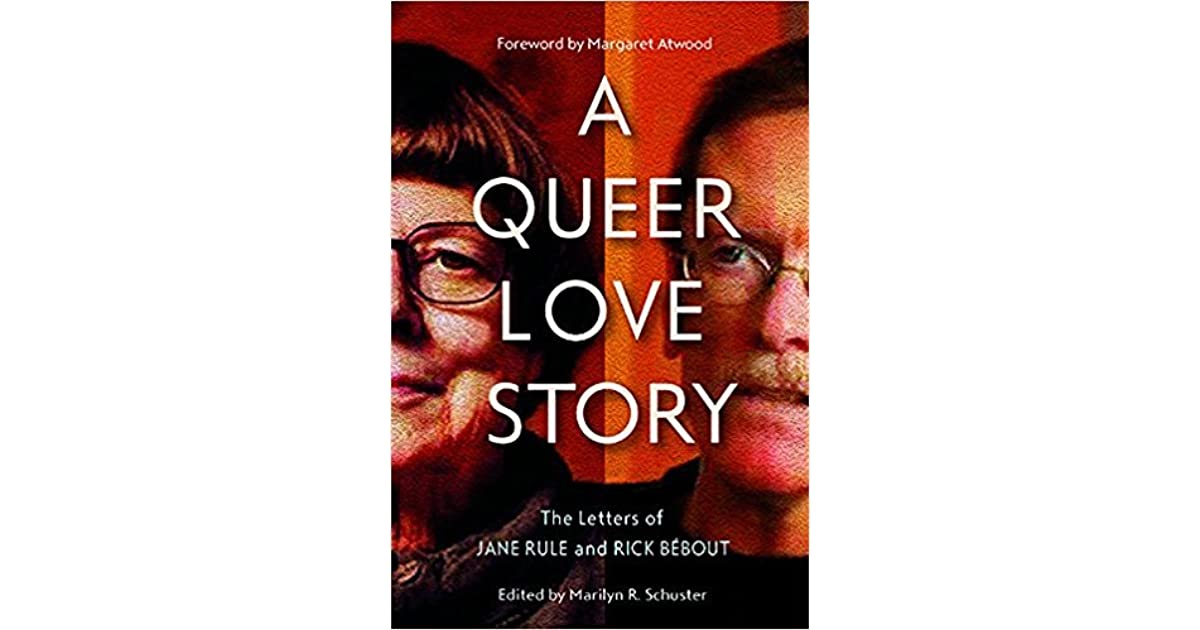 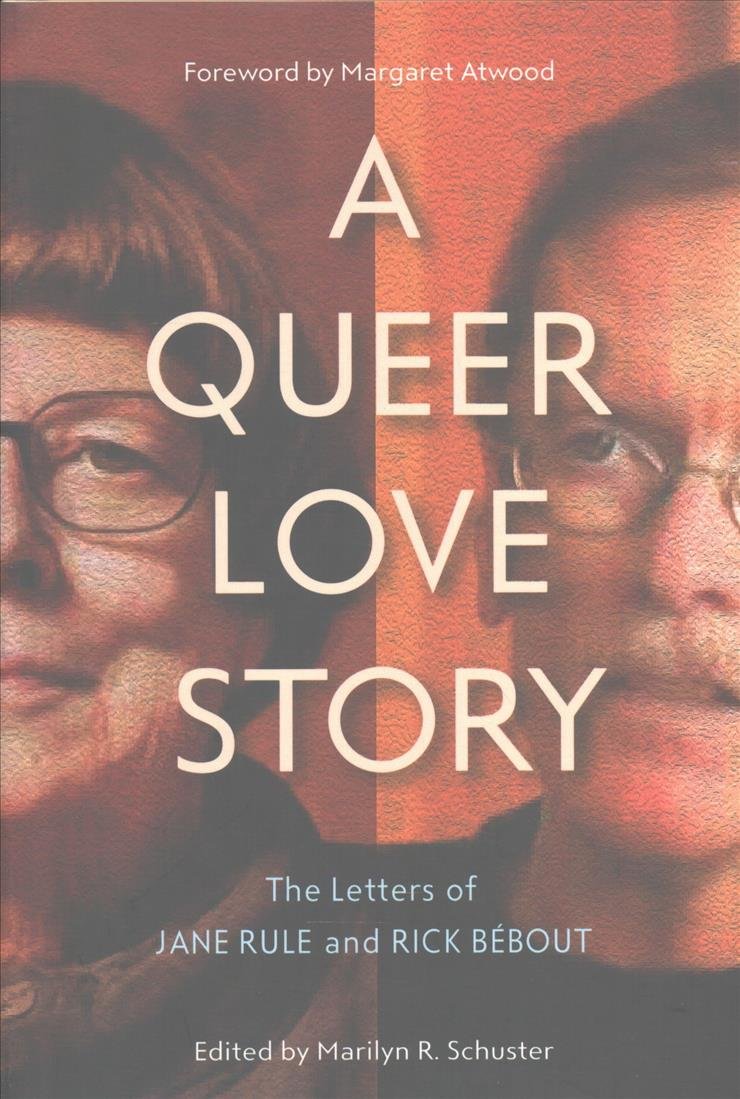 Those who live in the United States—including the queer community—know very little about the contemporary LGBTIQ history of Canada that parallels our own. While American LGBTIQ folks know that Canada granted gays and lesbians marriage rights long before we did, and might have had some awareness of the gay meccas in Montreal, Toronto, and British Columbia, very few know about the Canadian social conservatism that impacted shipment of American LGBTIQ books and magazines into Canada, police raids on gay bathhouses, or the censorship of Canadian LGBTIQ publications—and libraries—that takes place to this very day. This is reason enough for a political/history neophyte to pick up a copy of A Queer Love Story: The Letters of Jane Rule and Rick Bébout.

American lesbian fiction fans may be familiar with Jane Rule, whose novel Desert of the Heart (1964) was praised as the first lesbian novel with a happy ending. Rule’s novel became extremely popular among Canadian women who felt alone and miserable either in heterosexual marriage or single life. Rule herself had briefly been in a heterosexual relationship with a man—British scholar, critic, and poet John Hulcoop—before leaving him for her first female love, fellow Concord Academy teacher Helen Sonthoff, with whom Rule had a committed relationship—though not marriage—for nearly fifty years. As the Canadian media embraced Rule and put her in the position of spokesperson for all lesbians, Rule slowly embraced that narrative, and was accused by Hulcoop of editing her life story to play that role. This makes the title of this work—A Queer Love Story—all the more provocative, as editor Marilyn R. Schuster has compiled the complete private correspondence between lesbian public figure Rule and the gay male AIDS activist/columnist Rick Bébout, spanning the years 1981 through 2007.

Rule and Bébout began to write to each concerning a review of Rule’s novel Contract with the World that appeared in Bébout’s Toronto-based gay publication The Body Politic. Rule, living on Galiano Island off the coast of Vancouver, might not have had any idea about the major obscenity trial that The Body Politic faced for publishing an article about man-boy love, even though she wrote a regular column for the paper. Our first impression of Rule through this correspondence is a thin-skinned writer who resented the criticism, doled-out by Bébout’s publication, in regards to her work. Discussion about characters and themes in Rule’s book, however, led to deeper discussions of gay and lesbian identities, gay and lesbian culture, LGBT civil rights, HIV/AIDS, censorship, and the state policing of sex and desire. Graciously, editor Marilyn R. Schuster—who has studied Jane Rule’s life and work in great detail—provides the historical, cultural, and political contexts for each year of their correspondence so that readers—particularly non-Canadians—can fill in the blanks.

These letters are precious artifacts. Both Rule and Bébout chafe at mainstream and queer cultures, particularly in the realm of heteronormative monogamous marriage. They also discuss their lives as writers. It is a joy reading this correspondence that allows us to truly get to know these two powerhouses of contemporary LGBT history, and to see how they grew as people due to the exchange of ideas and experiences that they shared with each other. A keyword searchable EBook may be a better format for this publication, as some researchers may be interested in what Rule or Bébout have had to say specifically about different subjects. While it may make for a slow read for some readers, this compilation will be of great interest to those interested in LGBTIQ history, literature, and activism.