‘The War on Sex’ Edited by David M. Halperin and Trevor Hoppe

‘The War on Sex’ Edited by David M. Halperin and Trevor Hoppe 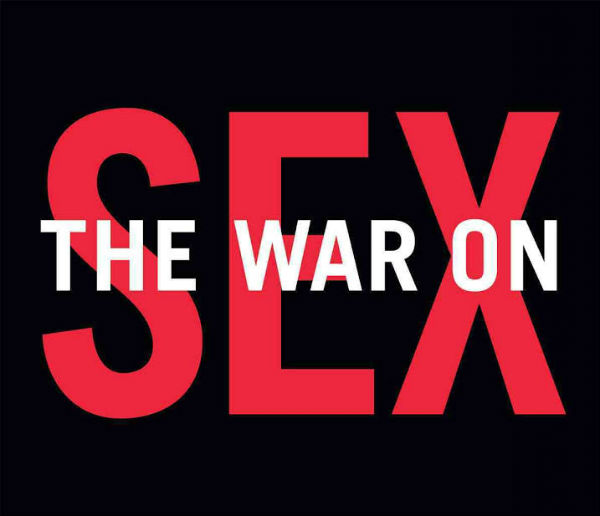 We are living through a little-discussed assault on sexual freedoms that is pioneering new, subtle, and insidious methods of social control: this is the disturbing and difficult-to-refute thesis of The War on Sex, a new collection of essays from Duke University Press edited by David Halperin and Trevor Hoppe. Interdisciplinary in scope and inclusive of activist voices from outside the academy, the book is an essential introduction to a struggle for self-determination and sexual self-assertion that has been occurring behind mainstream social movements’ focus on dignity and respectability. Ultimately, it argues, those movements’ collaboration with both liberals and conservatives to achieve limited rights through the creation of new classes of deviants will fail on its own terms. To be free, all sexual minorities must fight for the right of all consenting people to express themselves sexually; and, more broadly, for a just and liberated society.

“If we want to see what social control could look like over the course of the 21st century,” writes Roger N. Lancaster in an essay about sex crime and the punitive state, “we should look to the sex offender…the techniques used for marking, shaming, and controlling sex offenders have come to serve as models.” Lancaster sees in the confluence of swelling sex offender registries and stalling growth in prison populations a shift from a “panoptic” society, in which the many are surveilled by the few, to a “synoptic” one, in which the many are surveilled by one another in “a crisscrossing web of harsh glares and discerning gazes.”

Judith Levine, Regina Kunzel, Scott DeOrio, and Elizabeth Bernstein examine the collaboration of social movements for victims’ rights, women’s rights, and LGBT rights in the creation of this synoptic regime with honesty and historical empathy. Over and over, they argue, LGBT movements worked to shuck the charges of psychopathy and pederasty associated with queer sexuality by collaborating with conservatives (and liberals) to create the category of sex offenders and harshen penalties against them; over and over, women’s and crime victims’ movements collaborated on carceral responses to crime and especially sex-related crime. In 1970s California, for example, the successful campaign against a ballot initiative that would have banned queer people from teaching in public schools was driven by an alliance between LGBT movements, liberals, and conservatives that had also sharpened penalties against the then-new category of “sex crimes.” Without condoning rape or sexual assault (especially the abuse of children), these authors suggest, we can (and must) develop critiques of and alternatives to the growing registries of sex offenders that entrap thousands of people, many of whom are innocent of the crimes of which they were accused or were children when those crimes were supposedly committed.

Another section examines sex work. Melissa Petro, a teacher whose column about her work as a stripper and escort led to her firing in a public outcry despite her track record in the classroom, writes movingly about her experience. Elizabeth Bernstein, Carol Queen, and Penelope Saunders describe well-funded movements against “human trafficking” that unite evangelicals, political donors, ambitious prosecutors, and middle- and upper-class urban feminists even as sex workers decry the negative effects these draconian anti-trafficking laws have on their health and safety. Three articles about HIV discuss the effects of the disease’s criminalization in many states, which ironically contributes to fewer at-risk individuals being tested for the disease, thereby helping it spread faster. Gregory Tomso sees echoes of sex offender registries and synoptic control in privately-created websites that name and shame people with HIV and other STIs; Hans Tsao-Ming Huang contributes one of the only articles from a completely non-American perspective about HIV policing and “therapeutic citizenship” in the context of Taiwan.

Ultimately, the book suggests, the resistance to these new forms of social control must as broad-based as the populations affected by them. Amber Hollibaugh, a founder of the now-shuttered organization Queers for Economic Justice, closes the book with an impassioned call for a “progressive movement to address issues of sex, desire, pleasure, and possibility,” connecting the shame she felt about her poverty and class status before reading socialist literature to the stigma experienced by organizers and activists in other movements who must hide their sexual identities and desires. “Sex and justice,” she writes, “create the engine for organizing.…We can build a response, and an effective resistance, if we actually do the work together.” This book provides an urgent, well-argued agenda for that movement, and demands consideration and response.

'Trespass' by Thomas Dooley
'Not Your Mother's Meatloaf: A Sex Education Comic Book' by Saiya Miller and Liza Bley
A&U Magazine is Accepting Entries for the Christopher Hewitt Award