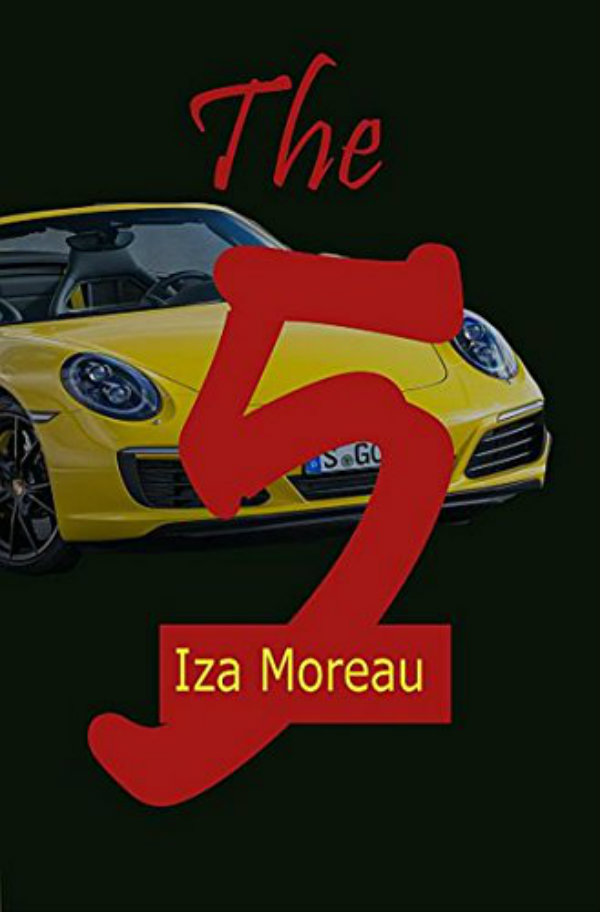 The 5 is a novel of fantasy and mystery. Think Agatha Christie. Strangers mysteriously brought together in a house that has been provided for them. Their host, a professor named Orlando, has contacted five women and invited them to take part in her class at an unnamed university in Tallahassee, Florida, but she never arrives. Why are they there? If this truly is a class, what are they expected to learn? As they wait for the professor, they settle into the housing that has been provided and begin an investigation. But we veer away from Agatha Christie, when two of the women sleep together. Moreover, in several parts of the women’s journey, events happen that defy the laws of nature: levitation, astral flying, and reincarnation to name a few. The 5 is a tough novel to pigeonhole.

Characters have unique quirks, hidden motivations and instincts for self-preservation. The story is told through alternating points of view. The five women seem to be deliberately diverse and early on we’re given each woman’s history. Sandra is a beautiful blond with family problems and a car that drives itself. Maria is an overweight Hispanic woman with a shady past and a defensive personality–she claims to be a runaway who was at Trent State when the National Guard fired into a crowd of protesters (homage to Kent State). Sunina is from the Mideast and believes that she is a conduit for a goddess, can astral-project, and is convinced that they are all there for a reason. Carmah is an aloof African-American woman who lives with her grandma and says she doesn’t have time for the “riddles” the women are faced with, yet stays out of curiosity and, ironically, learns a great deal about herself.

Jane is the only one who has seen Dr. Orlando. She has amnesia about her life before their meeting and thinks she might be an android–at one point she thinks they all might be androids. All she remembers of her past is waking up naked in a muddy swamp with a debilitating  headache. Through the tree branches, in the night sky, she could see Mars and found some comfort in that. We learn that she waited until daylight and walked until an elderly couple stopped to pick her up. In the hospital in Miami, Dr. Orlando reached out to her and brought her to Tallahassee ahead of the others.

It took me a while to warm up to this book. The book’s  timeline is tricky; the story takes place in the 1980s but references to the past go back to the 1960s and 70s. The narrative flow of the story is broken when the author stops the story to present each of the characters backgrounds. This slows down what has been, and afterward continues to be, a nice momentum. While some of the author’s analogies seem cliché, others are first-class. My favorites are, “An atmosphere like the inside of an old refrigerator that has been unplugged for a week.” This is used to describe Carmah’s boyfriend’s house trailer. Sounds from another room are like “pins dropping on a cow bell.” When explaining her efforts to exercise Maria says, “You would too if you looked like you’d been dead and floating in salt water for five days.” But she really won my heart when, frustrated with the search for Dr. Orlando, she says, “If we find her, maybe we should rough her up.”

The author plays with the reader and putting the puzzle together is an interesting experience. In an Alfred Hitchcock-esque moment, Moreau gives herself a cameo in her own story. Chapter titles are unusual as they are often named after other books, from Gulliver’s Travels to Intruder in the Dust. She even manages to include a reference to Schrodinger’s cat. Eventually, the women break the law and use their skills of manipulation to get the information they need to find Dr. Orlando. Often humorous, the journey of these five women is replete with adventure, danger, and playful misdirection all the way up to the big reveal at the end.

Karissa Morton, "Hibernaculum"
Joy Ladin: On Trans Poetics, God, and Being Human
Alan Hollinghurst: On the Current State of Intrigue in Gay Life