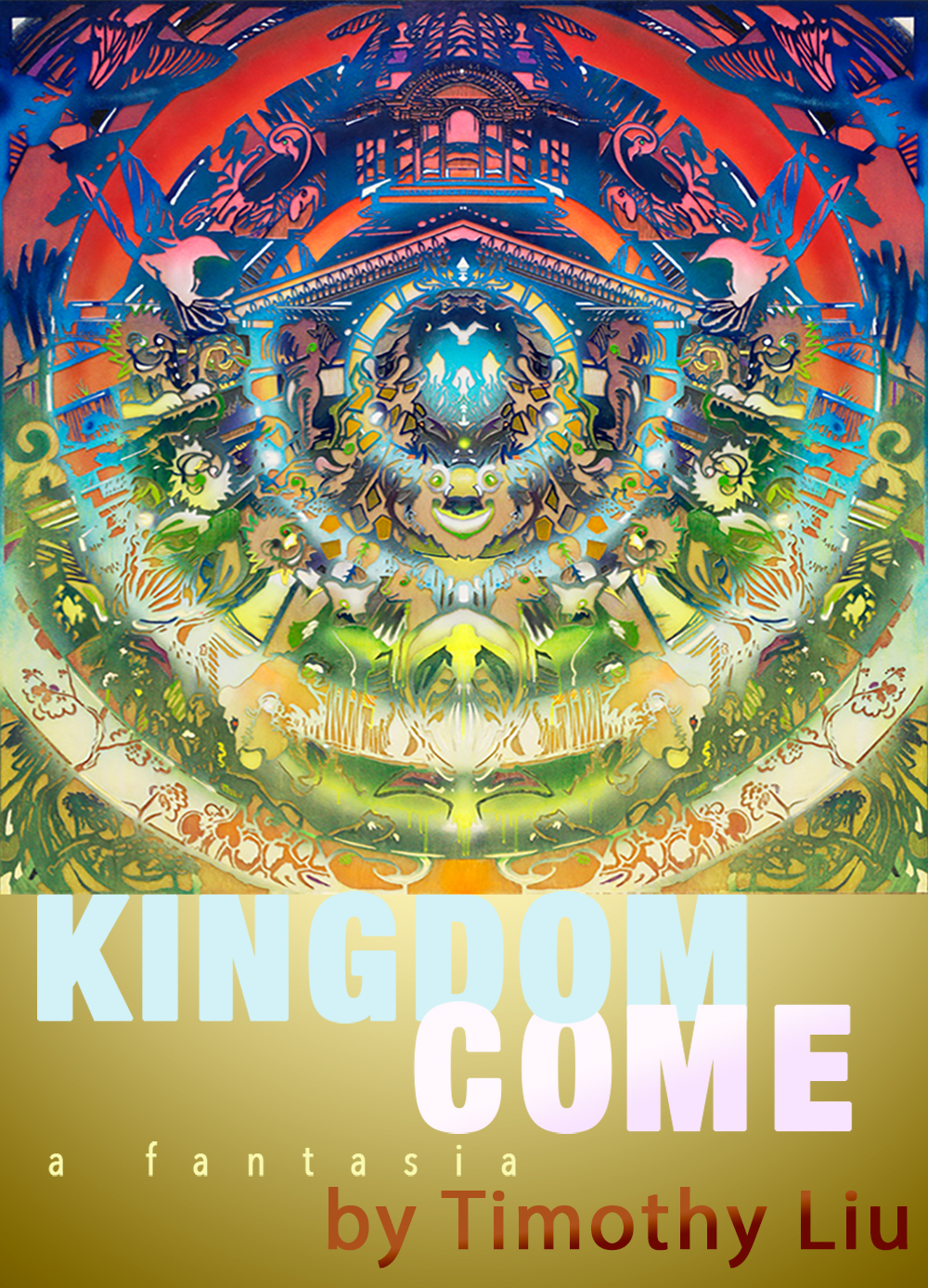 In Liu’s newest collection, he unwinds and unwounds the past. The poet writes, “There are people who are so wounded that everything has to serve as a kind of proof, whether they are or are not loved.” The poet seeks healing from his parents’ corrosive marriage, his mother’s mental illness, his father’s maniacal temper: “My father in a rage, forcing me to my knees when I was ten, demanding worship…” With the ferocious honesty of Ginsberg’s elegy, “Kaddish,” love drives rancor. Liu’s audacious book is a journey toward reclamation of self.

The unwinding refers to messages left on his therapist’s “antiquated” answering machine. Liu writes, “I and you, to a therapist, a confession…” The poet writes in stream of consciousness—cognitive leaps anchored by the centrifugal force of rage and regret. The prose poem allows Liu to explore his ambivalence, making us privy to conversations with the therapist and the poet’s thoughts.

The structure of an I/you address intensifies the focus: “Me treating your words as scripture. And the child molester? The rapist?” That “therapist” can be broken into “the rapist” resonates with the emotionally violated speaker.

The poet creates a bond with the reader, forged in unyielding candor. The personal becomes universal. While the book continues to unwind a narrative in reverse, resolution eludes the speaker. That conflict propels this collection.

The therapist, and other men, become surrogates for the father. Love withheld hardens into guilt, flares into fury, becomes numbness. The poet adds, “Don’t you see it’s all…a wordless abyss…”

An abyss might be a safer place than the reality the poet relives, “[M]y mother with a cleaver in her fist.” Liu reveals excruciating narratives in this ambivalent elegy, not unlike Ginsberg’s reminiscences of his mentally ill mother. But Liu is also sympathetic. He writes, “She longed for integrity, for someone to come along and reassemble the pieces of her many selves.” His frankness does not diminish the love felt for his mother and father. As his mother “somehow found a way to disappear into her voice,” the poet announces his need to prevail, not to disappear. The book becomes a manifesto of survival. Perhaps that’s why writers create. Hence, Liu makes flickering allusions to other poets.

Reminiscent of T. S. Eliot’s “In the room the women come and go / talking of Michelangelo,” Liu repeats this haunting line: “The nurses bringing sleep in dull syringes.” Are these nurses in a psychiatric ward, bringing solace to his mother? Have they also come to dull his pain?

Ache smolders through these poems with the desire to redeem the past, “My counselor said that I wasn’t only grieving over the loss of my mother, I was grieving over the fact that I never had a mother…her heart a lemon…”

He states, “Even so, I’ve been able to make myself into a better mother than my mother ever was to me…” This is a heartbreaking realization, one that children of mentally ill parents experience. Abandoned, such children become parental to survive. A role reversal leaves the unloved child with a gaping hole in the shape of a self.

The author falls into that void, restoring himself with a surrogate identity, “[S]omething in me said look up, and there was my boy, another boy on his arm.” Past and present collide, invoking doppelgangers.

Direct address resumes with magnetic power. The epistolary “messages” become letters to an imagined beloved, a retreating into the titular “fantasia.” Liu conjures the object of his affections through language—a beneficent ars poetica. Liu writes, “Dearest: You don’t know that I’m writing you because you don’t yet exist.”

As verbs lose their subject, the speaker vaporizes into the reader. Omitting the subject also intensifies the momentum. One is left with the haunting keen of these poems, moving horizontally, back and forth in time, and vertically, towards transcendence. Liu seeks absolution, “The Almighty himself smiling down from his burnished throne, haloed by the tendrils of his emblazoned locks, all the arias the world has ever sung pouring from his mouth’s Ur tongue in one eternal round.”

The poems become progressively more luminous—even as they insist on their carnality, as if to affirm the body is to affirm the spirit—transubstantiation. The poet writes, “My mother on her deathbed, and I wasn’t even there….This magnum opus is all that I have left of who she was.” The family romance has found its redemption, after all. The madness that scarred the poet has been transmuted by the legerdemain of art.