Blacklight: James’ ‘A Kind of Justice’ Depicts the Struggle of a Shrewd Transwoman Accused of a Vicious Crime”?

Blacklight: James’ ‘A Kind of Justice’ Depicts the Struggle of a Shrewd Transwoman Accused of a Vicious Crime”? 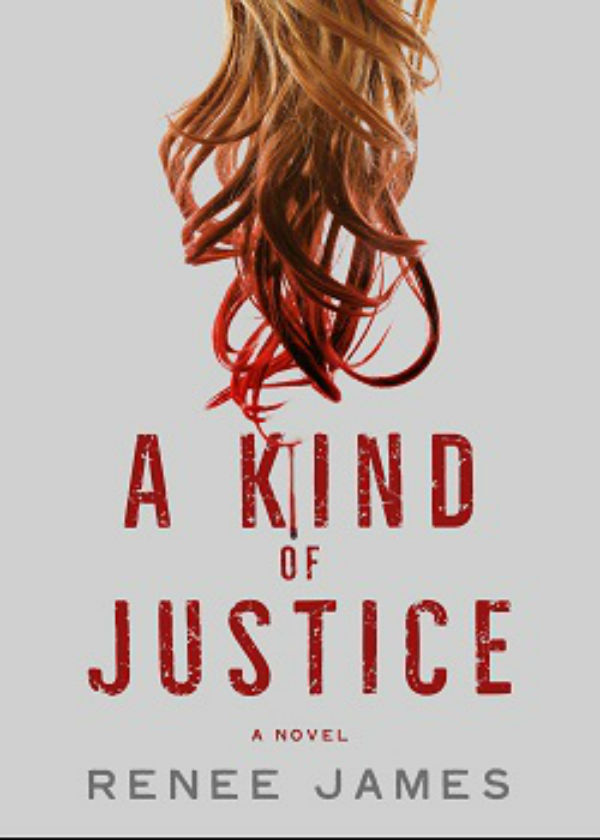 I hunger for more characters like Renee James’s Bobbi Logan in crime fiction. Bobbi is a 43-year-old trans woman who juggles the responsibility of being a small business owner, a friend to a grieving ex-wife, and the primary suspect in a renewed investigation into a cold-case murder. Although not a flawless creation by James, Bobbi is still remarkable—a rich blend of confidence, persistence, doubt, and darkness.

The novel alternates points-of-view between Bobbi and Detective Allan Wilkins, a cop who has decided Bobbi is guilty of the brutal murder of James Strand, a sadistic lawyer who beat trans women and was most likely responsible for murdering several of those women. Strand was killed execution-style, and Wilkins is committed to nailing Bobbi for it, in part because she had means and motive—one of Strand’s victims was a friend of Bobbi’s—and in part because of his own transphobia. As the story evolves, Bobbi’s and Wilkins’ paths draw closer; both characters are changed by one another in surprising ways.

James has given Bobbi many dimensions. After purchasing the hair salon where she works, Bobbi uses her marketing savvy and her relationships with her fellow employees to make the salon a success amid the recession of 2008. She also remains involved with an organization that supports dispossessed young trans people, even though its younger members often frustrate her. When her ex-wife loses her husband and her home, she invites her and her niece to live with her–not an uncomplicated living arrangement. She also begins to have feelings for the handsome cis-gendered police liaison to LGBT community. Looming in the background, Wilkins continues to interview potential witnesses and remind the reader (and Bobbi) that she may be charged with Strand’s murder. The degree to which Bobbi is involved in the crime remains unclear, adding yet another darker dimension to her personality.

Throughout the novel, we move between Bobbi’s and Wilkins’ points-of-view, both written in the present tense, but Bobbi’s narrative is written in first person and Wilkins’ is in third. The shifting of perspectives is thrilling, particularly as Wilkins closes in on Bobbi; however, the use of the present tense kept throwing me as I read, perhaps because of the strangeness of having a character reflect in the present tense. Aside from action-packed thrillers in which character development is somewhat beside the point, present tense is difficult to pull off in crime fiction because the genre often calls for the past to play a major role in troubling the present.

Perhaps connected to this issue is Bobbi’s own emotional detachment from her past. After her friend was murdered by Strand, she was targeted, and Strand had thugs beat her and raped her. Although according to Wilkins, this gave her motivation to retaliate and kill Strand, Bobbi displays little of the PTSD one would expect from someone who had been brutalized so terribly. We get details of her sexual yearnings and frustrations, but little of the anxiety that is bound to cloud or frustrate those feelings. We don’t feel the trauma of these past events impacting her everyday life, even in nuanced ways.

James’ triumph here—and it’s an important one—is writing a detailed, positive, and mature trans character into the pages of a crime novel, a genre that so often sacrifices character development for the sake of plot. That’s not the case here. In fact, James not only gives Bobbi many layers, but also in a gesture of empathy, she provides the transphobic Wilkins with a textured and multifaceted existence, making the conclusion of the novel incredibly human and poignant.