The Women’s March, ‘Devil Wears Prada: The Musical’, and Other LGBT News

The Women’s March, ‘Devil Wears Prada: The Musical’, and Other LGBT News

Recently, hundreds of thousands of women and allies walked on Washington DC and just about every other major US city in protest of the current administration. Many spoke at this historic event, yet Angela Davis’s words summed up just the tip of the issues protesters were marching against.

The Stonewall Awards were announced, honoring If I Was Your Girl by Meredith Russo, When the Moon Was Ours by Anna-Marie McLemore, Desert Boys by Chris McCormick, and many others. The ALA committee also released a Rainbow Book List for teachers and librarians to highlight quality books for children.

Roxane Gay has pulled her forthcoming book, How to Be Heard, from Simon & Schuster in response to its reported $250,000 book deal with Milo Yiannopoulous.

I was supposed to turn the book in this month and I kept thinking about how egregious it is to give someone like Milo a platform for his blunt, inelegant hate and provocation. I just couldn’t bring myself to turn the book in. My editor emailed me last week and I kept staring at that email in my inbox and finally over the weekend I asked my agent to pull the book.

Though TED Books and Threshold are vastly different imprints, they both reside within Simon & Schuster and so I guess I’m putting my money where my mouth is. And to be clear, this isn’t about censorship. Milo has every right to say what he wants to say, however distasteful I and many others find it to be. He doesn’t have a right to have a book published by a major publisher but he has, in some bizarre twist of fate, been afforded that privilege. So be it. I’m not interested in doing business with a publisher willing to grant him that privilege. I am also fortunate enough to be in a position to make this decision. I recognize that other writers aren’t and understand that completely.

I’m a sucker for a good book list, and early 2017 has me pretty covered with this list of 45 Queer and Feminist Books to read. If you need a list that is going to last you a little longer, like say the next four years? We’ve got your back. 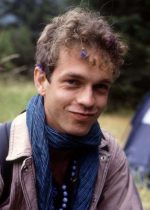 In some much-needed good news: Elton John and Paul Rudnick are developing a Devil Wears Prada Broadway musical! I, for one, am delighted.

DC Comics has been releasing re-imagined versions of some of  classic cartoon charcters. The last in the series will be Snagglepuss.

Of the change, [Mark] Russell said that it “was not much of a stretch” to make. “I envision him like a tragic Tennessee Williams figure; Huckleberry Hound is sort of a William Faulkner guy, they’re in New York in the 1950s, Marlon Brando shows up, Dorothy Parker, these socialites of New York from that era come and go. I’m looking forward to it.”

The character Snagglepuss has long been presumed by some audiences to be gay, which Russell acknowledged. “[I]t’s never discussed and it’s obviously ignored in the cartoons ’cuz they were made at a time when you couldn’t even acknowledge the existence of such a thing, but it’s still so obvious,” said Russell. “So it’s natural to present it in a context where everybody knows, but it’s still closeted. And dealing with the cultural scene of the 1950s, especially on Broadway, where everybody’s gay, or is working with someone who’s gay, but nobody can talk about it–and what it’s like to have to try to create culture out of silence.”

Meredith Talusan writes for Vice about the shifting meaning of “queer” in the age of “transgender tipping point.”

American’s have had a tenuous relationship with the police in recent years. The new book, Refinery Town, takes a look at some cops who are working to do better, specifically looking at one gay cop who helped turn around one of America’s most dangerous cities.

“When you have a department that doesn’t look anything like the community it serves, you’re asking for trouble, no matter how dedicated and professional your employees are,” [Chris Magnus] said. “We want officers who can show empathy with victims of crime, who are not afraid to smile or to get out of the police car and interact in a positive way with people, who can demonstrate emotional intelligence, who are good listeners, who have patience, and who don’t feel that it diminishes their authority to demonstrate kindness.”