‘The Gustav Sonata’ by Rose Tremain

‘The Gustav Sonata’ by Rose Tremain 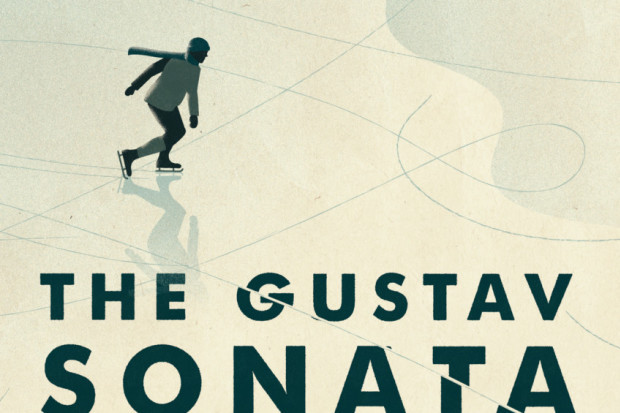 Switzerland is a country known for its beautiful Alpine meadows, cheese, chocolate, and precision watches. Americans are less aware of the Swiss history of LGBT rights, its Jewish population, and Swiss religious conservatism that impacts both the LGBT and Jewish populations. Even though Switzerland continually ranks high on the World Happiness Report (formally known as the United Nations Sustainable Development Solutions Network list of happiest countries)[1], minorities, the aneurotypical, and LGBT populations might not fare so well. The Swiss focus on the common good—or some form of neutrality—drives people to conform, to suppress their feelings, and to do what they believe is right for others. Those who act on their feelings or behave in a way that does not follow the Swiss “norm” are often physically and emotionally pushed to the margins.

Award-winning historical novelist Rose Tremain tells stories “from unexpected angles, concentrating her attention on unglamorous outsiders.”[2]Her most recent novel, The Gustav Sonata, focuses on the post World War Two life of shy Swiss hotelier Gustav Perle and his unspoken love for the high-strung, self-absorbed German Jewish piano prodigy Anton Zweibel. Five-year-old Gustav, who first encounters homesick, crying Anton in kindergarten, feels protective over the strange boy and befriends him. This displeases Gustav’s mother, a widow who lost her husband during World War Two. Gustav and his mother live in poverty, while the Zweibel family lives in affluence. Gustav’s angry mother is ashamed of their condition, blames their poverty on the Jews, and does not want Gustav to see or experience a life that she cannot provide for him. Gustav has learned from his mother never to cry, to be self-sufficient, and to be loyal. While neutral Switzerland provided a haven for LGBT people since 1942[3], just as they had done for some (but not all) Jews, neither Gustav nor Anton have the words to describe their feelings for each other. Fear of intimacy and different life goals cause the two boys to push each other away while they still hold this love locked in their hearts. Gustav remains in Switzerland to take care of his mother and pursue a hospitality career, while Anton leaves to pursue higher education and his musical career. Over decades, Gustav uncovers his mother’s past and the heroic work of his late father, and transfers his unrequited love for Gustav into his hotel, where he provides warm yet impeccable service to his guests. When Anton returns to Switzerland a broken man, Gustav’s mother is long gone, and the two have one last chance to be with each other forever, as they always wished but never spoke aloud.

The Gustav Sonata won the 2016 National Jewish Book Award for Fiction. While the book is a highly engaging read and does speak to the heroism of some ordinary Swiss people in Jewish rescue efforts, Tremain is not Jewish, and the Jewish characters in this story are hard to love and not the actual focus of the story. This novel is very much a gay love story, which neither the blurb on the book jacket nor any other book review will say out loud. While this story began in another generation, in another culture, homosexual love remains hidden and silenced today, no matter how strong. Whether she intends to or not, Tremain successfully captures the lived experiences of two gay men—one in the closet due to ignorance, fealty to his mother, and his conservative Catholic environment, and the other who experienced the dark side of gay culture abroad and had to experience that before he could have a committed relationship. There are many parallels between Jewish and gay identity development, as we must go through the coming out process over and over again in every place we settle, under every new government, in every new workplace. And some people, for the perceived comfort of others, will not express their true identity until later in life. This phenomenon among gay men still happens in rural and working class environments around the world. This same phenomenon also occurs within Jewish individuals who live in environments where any cultural or religious tradition not included in the majority tradition is considered “problematic.”[4].

Over decades, Gustav and Anton’s unspoken love for each other lived in their hearts. The novel has a bittersweet ending, which I will not reveal here, a well-deserved end to the suffering that both men endured over their lifetimes. Only when the two reunited could Anton play piano again. The Gustav Sonata is named, in fact, for the musical piece that Anton wrote to express his love, in his way, for Gustav. If you do not know what love is by the end of this book, even God cannot help you.

[2] Rustin, S. (2003, May 9). Costume dramatist. The Guardian. Retrieved from https://www.theguardian.com/books/2003/may/10/featuresreviews.guardianreview5

[4] Christen, L. (2012, Apr 3). An exception to homogeneity: How Jews do and no not fit into Swiss Culture. The Jerusalem Post. Retrieved from http://www.jpost.com/Blogs/Guest/An-exception-to-homogeneity-How-Jews-do-and-dont-fit-into-Swiss-culture-365881