Melissa Febos: On Writing with Curiosity and Empathy

Melissa Febos: On Writing with Curiosity and Empathy 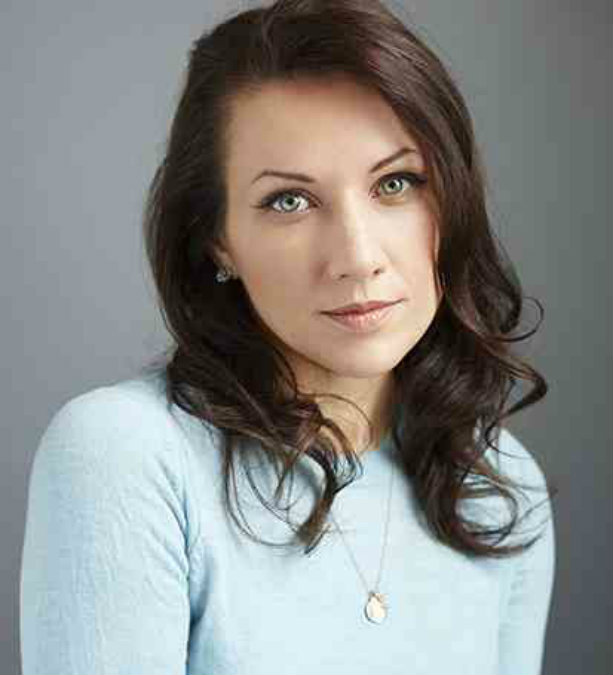 Melissa Febos, the daughter of a sea-captain dad and a psychotherapist mom, was raised on Cape Cod and has lived in Brooklyn for 17 years. These details hint at the lyrical whimsy and emotional risks in her new book, Abandon Me. Her essays—revealing and well-considered—consider intimacies within her family, the acute fervor of an intense romance and its destruction, a rumination on hickeys, the maze of mental illness, an investigation into the role of an absent Wampanoag father, and more. The collection is meditative, if you could meditate while dancing ecstatically.

Throughout the collection, Febos pursues the intersecting truths of her own identity, her family, romance, and a writer’s life as she discovers information about her birth father and his other children, explores childhood friendships and sibling illness. At every turn, the reader can feel the pull of both parents’ world views—a sea captain’s adventurous nature and a psychotherapist’s emotional examinations. The use of figurative language feels exacting and authentic; for example, in a description of a childhood best friend who “must have been queer,” she says, “Now it’s easy to armchair-diagnose her, to see how she fit my future type: razor-smart, broody with repressed anger, funny as fuck.”

In addition to Abandon Me, Febos is the author of the memoir Whip Smart (St. Martin’s Press 2010). Her work has appeared in The Kenyon Review, Tin House, Granta, Prairie Schooner, Glamour, Salon, New York Times, Guernica, Dissent, Poets & Writers, Lenny Letter, Elle UK, Vogue, and elsewhere. She has been featured on NPR’s Fresh Air, CNN, and Anderson Cooper. The recipient of an MFA from Sarah Lawrence College, she is currently Assistant Professor of Creative Writing at Monmouth University and MFA faculty at the Institute of American Indian Arts (IAIA). She serves on the Board of Directors for VIDA: Women in Literary Arts.

Febos spoke with Lambda Literary about Abandon Me, the insight she gains from her writing process, and Rihanna’s more tormented recent songs.

Your work sometimes reads as an unpeeling of identity and desire. Does your writing process follow that mode? Does it get more intimate in revision, or move from the general to the intense details?

My thinking process follows that mode. I think in broad strokes, reductively, romantically, generally, and only through writing do I begin to exfoliate my ideas and experiences to get at some more honest, more nuanced meaning. I think the way we come to know both identity and desire is similar in this sense. You get to know and understand the lover’s body by looking at it closely, with a particular kind of urgency. To see the whole of it, you have to bring curiosity and empathy, love to every part of it. Doing this for ourselves is so hard, and so revolutionary.

My writing process before this book was comparable. This book, however, defied my usual processes. It was through the words, sounds, images, and rhythm of sentences that I arrived at the more general revelations of the book, and even the narrative. Some of the essays, like “Call My Name,” are phonically driven, while others, like “Leave Marks” are governed by my obsession with a single small thing, like a hickey. In both cases, and in other essays, that thing—the word, the image, the tattoo, the film, the bedtime story—becomes a keyhole through which I thread the bigger ideas and stories. Each one felt like an interrogation of the symbols that already exist in my life. I excavated them to find answers, rather than starting with answers and devising metaphors to express them. It’s scary to write that way, knowing so little, and the most exhilarating I’ve ever known.

In “Girl at a Window” the reader begins to see the book’s title theme of abandonment explored explicitly through your relationship with your sea captain father. In this essay you span the globe in a voyage your family took to Egypt in 1988 and engage with larger questions of family, memory, and truth. Do you think your work makes your relationships easier or more difficult, or is there some other outcome?

Oh god, there are many outcomes. In the sense that I derive insight from it, my work makes relationships easier. But “easy” is not the right word. Intimacy is never easy. It makes life better, softer, deeper, more complex and safer in many ways, but the work of it can be mind-bendingly, heart-breakingly hard. I sort of trick myself into it by using writing as a mediator. And the process on the page is similar to the process it manifests in my life. As I force certain conversations with myself about painful things on the page, the product then forces conversations with the people I love, whom I implicate in that work. As a result, I’m closer to every member of my family, though it’s often extremely hard to face those conversations, and the ways that our narratives inevitably differ. I think I’m very lucky to have a family that is willing to go there with me. Someone else subjecting their family to this kind of scrutiny might be estranged from them. I come from some very brave people, who understand the hard work of love, and the integrity of everyone’s subjective truth.

In Abandon Me there are many mix CDs (from lovers and parents) and songs. Did you listen to anything specific while you were writing? Are any songs resonating with you now that the book is out and you’re giving readings from it?

I usually listen to music when I write. Like in life, music becomes a container for a particular emotional experience. I’ll sometimes listen to a single song on repeat for the duration of a draft–it becomes a bookmark that brings me into the stream of that story, and the interior place it’s describing, more quickly. When I was writing this, I listened to a lot of Billie Holiday (there’s a whole essay about her, so no surprises there). Hang on, I’m going to look at some mixes I listened to while writing these essays….

Okay, so there are songs by Perfume Genius, Daughter, Lovers, Martha Wainwright, Nico, ANOHNI, Rihanna (the more tormented songs from her latest album, which didn’t get the acclaim I think it deserved), Lia Ices, a bunch of soul music—basically I listen to sad sack music when I write, because it cracks me open. All the rest of the time I listen to hip hop and dancehall. It all balances out in the end, I guess. There’s definitely an analogy for my personality in the music that I listen to, as there likely is for everyone.

Throughout the book you are defying expectations, measuring yourself against those around you, and looking for connections around identities: writer, daughter, queer, Wampanoag, sister, lover, “Puerto Rican, but not really. Indian, but not really. Gay, but not really. Adopted, but not really.” After the process of writing your way through the “too many things” of your book, do you feel any different about containing multitudes?

I’m very happy to say that I do. If I had a secret motive roiling beneath my writing of this book (meaning, secret from myself), it was probably to arrive at a place of greater acceptance of my multitudes. We are a binary culture, a culture of compartments and diagnoses, blood quantum and definitions. We like things to be singular. It’s an understandable instinct, but a hopeless one at best, and a dangerous one at worst. Terrible things have been done throughout history in the service of that ideal. I can’t escape it. I don’t think any of us can.

This was not a book about claiming any kind of “identity.” It was about coming to peace with this mess of contradictions, which is not actually a mess. More of a matrix. It’s actually a very basic, very American premise. I come from so many things—immigrants, working class people, thinkers and criminals and alcoholics and queers and Catholics and artists. I was created out of those things—both biologically and metaphysically. My mother said to me at one point, “It sounds like a very American story,” and that felt freeing, because it felt so true. Who among us is any singular thing? Any set of binaries? Adheres perfectly to any script for what a woman or a feminist or a lover or any damn thing “should” be? We are all these beautiful mongrels. By teasing apart all those ideas, all those parts of me, I was able to see how they are connected—to each other, to other people, and to a much broader history. I cannot erase or simplify any of it, and thank god I no longer want to.

Roxane Gay, Meghan Daum, Maggie Nelson, Rebecca Solnit, Leslie Jamison, Elizabeth Alexander, Claudia Rankine. There seems to be a hunger and place for smart, contextualizing essays like yours. What do you think of contemporary nonfiction, and who are you reading these days?

Hang on. I’m just going to soak for a minute in the pleasure of being included in that list of writers.

I think contemporary nonfiction is evolving in a way that mimics the dynamic I just described, about identity. It, too, is a beautiful mongrel. It changes to accommodate the complexity of human life that we try to name in writing. If the blueprint of our history is encoded in us, then so is our blueprint encoded in the art that we produce. That’s always been true.

I also think we also overestimate the innovation we see in contemporary creative nonfiction—folks have been writing essays for so long, and they have always been “mixed form,” “hybrid,” “lyric,” and seeking to answer unanswerable questions. One of the problems of people is that by giving something a name, we think we’ve invented it. The word “chair” doesn’t invent the things we sit on. It’s a dangerous kind of hubris, a dangerous power we give to words. But it becomes real. The same way that we invented race, and then the power we gave that definition became real. For the same reason, I think words have the power to affect revolutionary change.

This polarity, or tension, exists in all the things that I find worth writing about. Even the words that I gravitate back to again and again, like abandon and tender, possess it. I think our whole history is also encoded in our language (the OED, for instance, which makes some cameos in Abandon Me, is not just a dictionary, but a historical archive) and unpacking that is part of what I sought to do in this book.

What do you think the role of queer feminist nonfiction will be during the Trump administration?

The same role it has always had: to create an archive of our stories, to resist erasure by those who wish we didn’t exist, to articulate our joy and pleasure and suffering so that our kindreds can find us and see what is possible, to inspire action. The need is greater now, maybe, but this work has always been necessary. Lives have always depended on it.

What is your next writing project?

I’m working on a second essay collection that is about girlhood, love, sex, attachment, and radical change—I suspect that I’ll be writing about these things for the rest of my life. I’ve got a novel that I’ve been grinding on for a long time. I’m always working on a lot of things. We have so little time, and so much to look at, so much work to do.