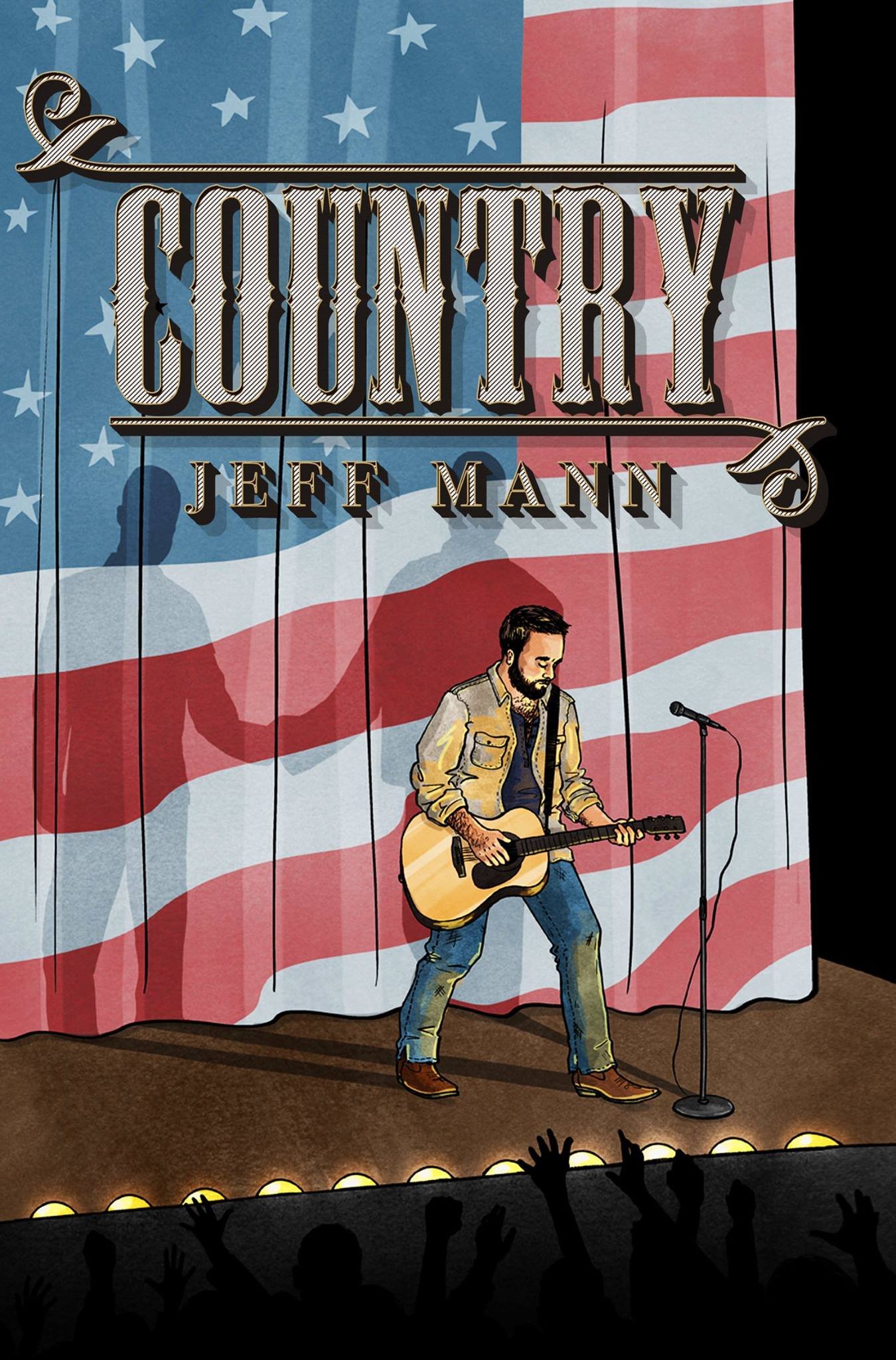 It is Thanksgiving, 1997, but Brice Brown, country music star and protagonist of Jeff Mann’s Country, has little to be thankful for: forty, suffering from sacroiliac and writer’s block, he is about to have a rude midlife crisis thrust upon him when Zac Lanier, his former guitarist (and lover) outs him in the tabloid press. In short order, his band quits, his label drops him, and his wife demands a divorce and most of his assets. He packs up his guitar and returns to his hometown of Hinton, West Virginia. After battling self-pity, self-loathing, religious bigotry, and general small-town small mindedness, Brice finally ascends from the downward spiral threatening to engulf him when a fan visits him on New Year’s Day. (Readers of Mann’s earlier works will recognize Brice’s fan Travis Ferrill, the protagonist of Cub, his novel for YA readers; one of the pleasures of Country is learning the continuation of Travis’ story.) Travis sends a lifeline to Brice in more ways than one: first, he makes Brice realize that the entire world has not turned against him (in fact, a not inconsiderable section of his fan base now regards him as something of a hero). Second, he informs Brice of a compound nearby for troubled gay youth; while he is not exactly the target demographic, Brice decides to visit it until he can get his life in order. It is while staying at Philip Rogers’ camp that Brice encounters Philip’s nephew Lucas Bryan, another damaged soul. Together the two men help each other battle their respective demons as they fall in love.

Despite being a romance, there is no assurance of a fairy-tale happy ending. Throughout the novel, Brice and Lucas have to contend with abuse that ranges the entire gamut from verbal to physical. The near constant abuse only intensifies their most difficult battle, against their own self-loathing, exacerbated in Brice’s case by depression. Of course, the two men are not without allies, most notably Philip, but also Grace and Amie, a lesbian couple who run the local general store. Even Brice’s circle of family and friends have not entirely abandoned him, including Lorrie, the sister of his ex-wife; Wayne Meador, an old high-school crush, straight but not narrow; and Frank, another acquaintance from high school, now a police officer.

For all the seriousness of Mann’s novel, it is not without bright spots. Mann’s descriptive prose is a sensual delight, whether he is describing the natural beauty of his native state, the hotness of sex between two men, or every feast of a home-cooked meal. Flashes of humor also leaven the story (an episode of a visit to a snake-handling church is a fine example). Mann ends his novel with a short denouement that occurs seven years after the main narrative, and we learn that things have changed for the two lovers (mostly) for the better. Brice has resurrected his career, taking advantage of new technology to do so; more importantly he has begun composing lyrics again, his creativity returning now that he can live his life authentically. Also, he has started using the media to tell his own story, instead of allowing them to control how his story is portrayed. Mann demonstrates the necessity of being honest about our lives with ourselves and with others, but also the need for LGBT individuals to tell their own stories, literally and figuratively through literature, music, and art. Despite the continued coming out of celebrities, Mann’s message that we must keep on telling our stories remains timely.