Ana Božičević: On Using Poetry to Make Sense of the World

Ana Božičević: On Using Poetry to Make Sense of the World 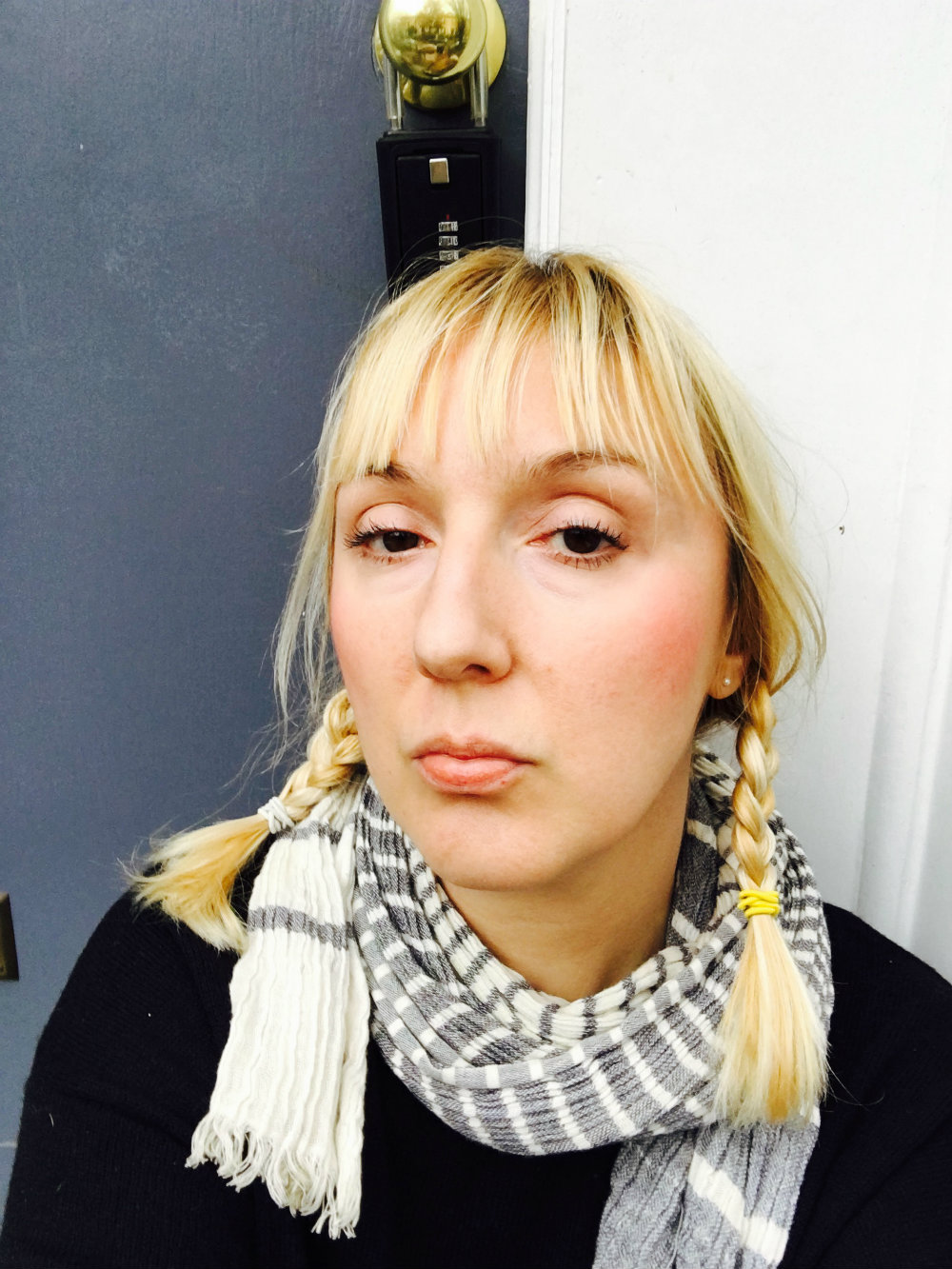 “As an immigrant you spend a lot of time trying to adapt, fit in, and survive, but at a certain point you might feel the need to acknowledge that your difference is not something to be ironed away […]”

In her newest work, Joy of Missing Out (JOMO), Ana Božičević uses her word bank as would the sky with its stars: she disperses it in such a way as to illuminate the pages and shed light on the complexities of social life. Embedded in the text are Božičević’s wandering eyes, constantly looking up and forward, but seldom backward into the nostalgia of words already uttered. The Croatian-born Božičević is tragically aware of her present: “You’re the only/Person who’s not here/Is it the same/For you.” The memory of the past elicits the harsh realization of reality outside the digital, where one’s thoughts are frequently trapped behind the edges of a screen or subsumed by the global language of social networks. Nevertheless, Božičević always knows how to turn a moment of heartbreak into an absurd post-digital event: “Je commence/the long ascent/out of//the screen–I’m outside!/Omfg. Check it out–//the snow is real.” It’s moment like these that make the text so intimate, allowing the reader into the mind of a complex woman, using writing as catharsis, emotion as fuel, and language as constellation.

In the past you’ve talked about how you like to write in transit, but in JOMO it feels as though the space of writing is the same. There’s more of a contemplative feel rather than a wandering one. What was your process for writing the book?

Most of these poems happened at night–the time of contemplation. But also because I had trouble sleeping the night became this distance to cross, a trip through the underworld on Ra’s ship. Usually a poem was a ticket to sleep, like a release valve. The space of writing JOMO was this: whistling loudly while you walk through the cemetery.

You deploy a kind of 21st century lyricism here. What is your investment in this form? How far do you want to transmute axioms about lyrical poetry? 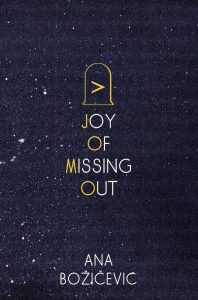 I mean, it’s a kind of joke almost because lyrical poetry has been around for so long. I am always aware of its continuum. I play into and against modernist and New American poetry and tumblr and old school confessionalism. But more than making a conscious comment, I think I am simply deploying what I’ve learned, to say what I need to say now. Confessional poetry by women (Plath, Sexton) was important because of its legacy of dealing with mental illness. The I of JOMO cycles through intense emotional states. And finds a language for them online, but also looks to lapidary epitaphs on medieval Eastern European tombstones, presocratic fragments, the flatness/intentional simplicity of Stein and H.D., the vision and genius of Audre Lorde for formal and philosophical strategies. Learning. And I really wanted this book to be funny. I was trying to make myself laff! So it’s a tragicomedy maybe. Which all confessions kind of are.

There are many hints of an immigrant’s life in a modern day society that does not accept or adapt. How did this affect your writing and why do you think it’s important right now?

Maybe now it’s easier to say some things that one has been thinking as an immigrant for twenty years in NYC. I was raised in socialism and my ideas of what power is are tied with striving for the good of the community. I want us to be powerful. Reconciling that with North American realities is the challenge. As an immigrant you spend a lot of time trying to adapt, fit in, and survive, but at a certain point you might feel the need to acknowledge that your difference is not something to be ironed away, because trauma–in my case, PTSD–isn’t going anywhere and may hold an insight that should be transmitted in the form of wild or empathetic critique. Poetry is a way to make sense of it all and to figure out how I can be useful. How to help immigrant communities who are at increasing risk in the States? That’s the urgent task now.

How is this work in line with your previous works? Do you consider this a departure?

I didn’t really answer this question the first time, I had my shield up. That’s probably because this book is rawer than anything I wrote in the past, I’m still too close to it. The writing of the poems was a ritual of baring and paring down charged experiences and extreme states of mind through whatever formal means were available to me, to make them legible. For myself, to live, and to communicate what was happening with me in the clearest language I know, which happens to be poetry. When nothing mattered to me anymore, poems and song still got through. Maybe if I sing well enough I will melt the heart of an indifferent giant who might be me. Or a lover, or God or the State. The mythology of this book is pretty particular to itself, sui generis, too, with the Morning Star/Venus as the star feature. “Shine alone in the sunrise toward which you lend no part!” is a fortune I carry in my wallet. Some of JOMO‘s lodestars: Shuli Firestone’s Airless Spaces & H.D.’s Hermetic Definition.