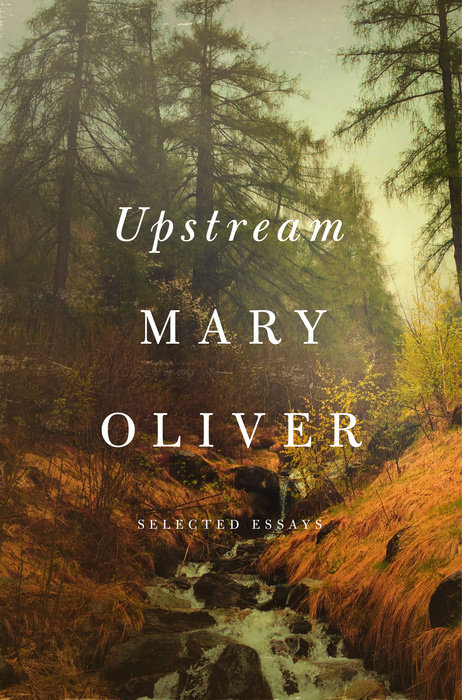 There is much to admire in Mary Oliver’s collection Upstream. The prose is often lapidary. When Oliver closely observes the natural world, and thus enacts her maxim that “Attention is the beginning of devotion,” she deftly engages the reader with her detailed worldview. My favorite essay, “Staying Alive,” skillfully interweaves an incident from the writer’s unhappy early years (about which Oliver is deliberately reserved), with both an explanation of how reading and the natural world delivered her from childhood psychological peril and an account of the life cycle of a family of foxes that she observes on her morning walks. Her meditation on the inevitable loss of the beloved in a celebration of Edgar Allan Poe is stirring, until we meet some unsettling generalizations. And the unadorned narrative of her failed rescue of a dying gull is powerful in its starkness.  Oliver’s thoughtful sensibility can inform careful reflection, as in “Winter Hours,” where the writer clarifies in an almost confessional passage:  “In what is probably the most serious inquiry of my life, I have begun to look past reason, past the provable in other directions.”  Although I find myself unable to join in the almost unanimous critical acclaim that has greeted this volume, the writer’s detailed accounts of how her outings afford insight into the tranquil yet savage environs of Provincetown doubtless inspire greater appreciation of the natural world.

That Oliver lived with her woman partner of fifty years who only occasionally appears in the book–identified as “M”–seems almost shrouded in secrecy. Clearly any artist may choose to withhold personal information if she wishes, but greater recognition of her life with a woman partner would have grounded the work and moved it away from the arena of disembodied musings.  Similarly, I wish that Oliver had mentioned even a single woman writer as an object of indebtedness, admiration, or even disdain. Such an act would have placed her in literary communion with other women writers, past and present, and provided a connection with women generally that seems missing from this book.

As an ethically motivated vegetarian, I share Oliver’s belief in the connectedness of all living things, yet I found myself continuously struggling to find common ground. I would be enticed by such notions as the idea that there is “a self that can interrupt the self—and does” in creative work, but when she later links the writing life with the abstract “hunger for eternity,” she loses me. Oliver concludes her tantalizing  analysis entitled “Power and Time” with a critically praised rhetorical flourish: “The most regretful people on earth are those who felt the call to creative work, who felt their own creative power restive and uprising, and gave to it neither power nor time.” The language is lovely and neatly converges with the essay’s title but its sweeping overstatement disappoints.

While these troubled times demand voices of material engagement, reflective of a clear-eyed willingness to name ourselves for who we are in the world, a world inhabited by all of us in full recognition of the struggles and challenges ahead, I respect those who turn to Mary Oliver for solace.  Though, in this reader’s view, Upstream is an uneven collection, the messianic vision that emerges from its pages nevertheless presents a voice worth listening to.