‘This is a Dance Movie!’ by Tim Jones-Yelvington

‘This is a Dance Movie!’ by Tim Jones-Yelvington 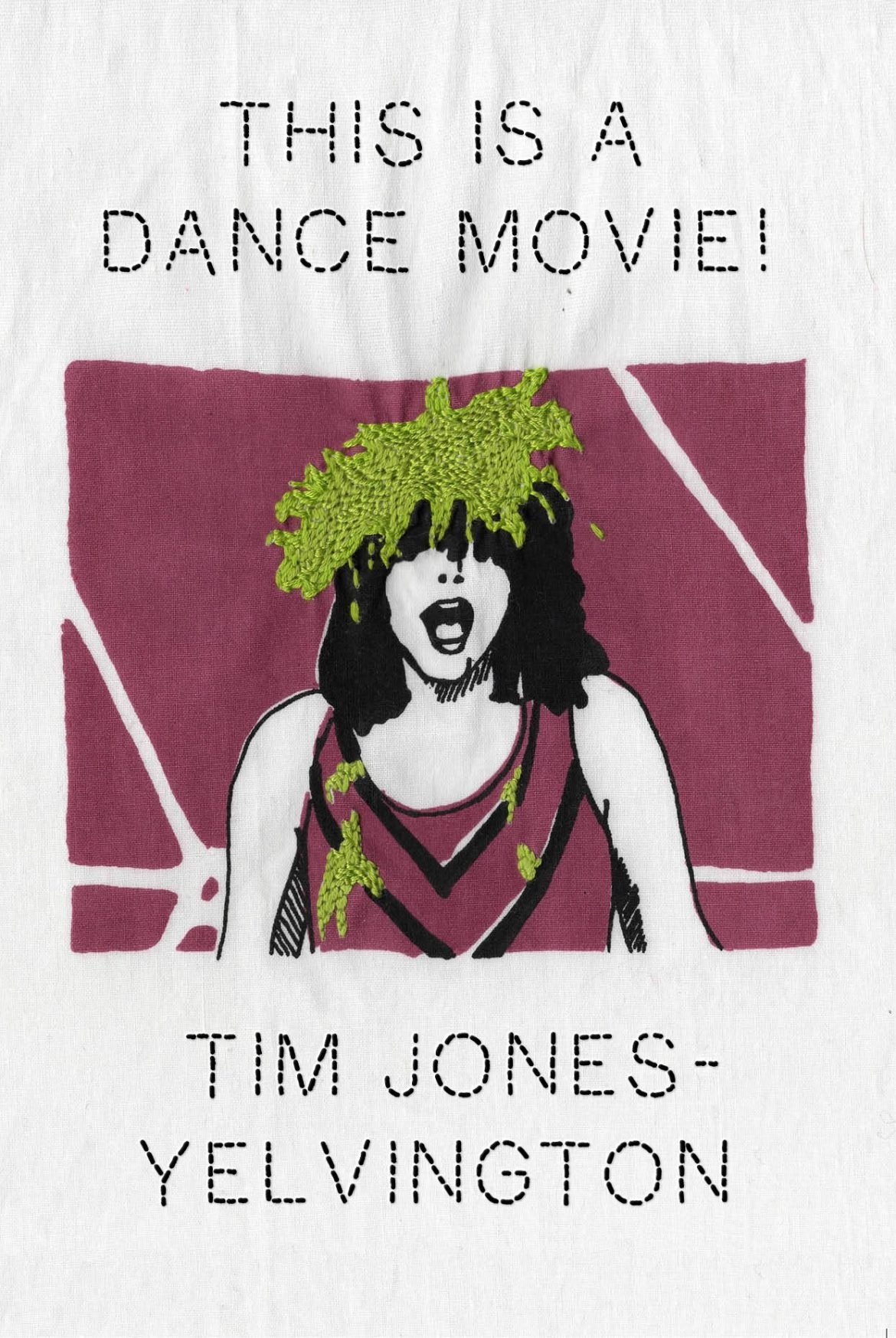 It’s smaller than average, but it sure does the trick. Tim Jones-Yelvington’s pocket-sized book of short stories isn’t so much a collection of separate narratives as it is an amalgam of the multiple personalities—secretive, sexy, glittery, lonely, tragic—that sexually awakening LGBTQ readers can understand if not wholly relate to. From a bonafide starfucker journaling his conquests to the intricacies of coupledom to the dissection of a fetish, each appendage of this diminutive book is a frank and forward glimpse into a highly sexualized hyper-reality.

Jones-Yelvington gleefully splashes in the puddles of pop culture as evidenced with the first and eponymous “This is a Dance Movie!” Written in seldom-used present tense, an omniscient narrator delivers the fantasies of Robert in the guise of a teen coming-of-age film plot. Strike-throughs and evolving revisions to the movie’s blueprint enhance the feeling that Robert’s unfurling fantasy is constantly evolving as he yearns for love and sex with a high school athlete, then a perfume salesman, then hot, hot, hot Taylor Lautner. This stream-of-consciousness aesthetic lends itself to a malleability and unpredictability—much like manic dance montage choreography—regarding identity, fantasy, and reality. Because it is delivered on a pop culture-friendly platter with the sugary sweetness of cinematic schmaltz, readers can assuredly distance themselves from Robert’s yearning for the touch from a sexually like-minded other. But when the fourth wall crumbles (Who is this boy? I am this boy, you are this boy. We might as well be named Robert, and we are moving.), that distance closes, and the thread of intimacy and encouraged self-reflection begins.

Cultural icons within the collection aren’t restricted to eye-candy actors like Lautner. There are singers (Adam Lambert!), athletes, and quite unconventionally, cleaning product brand mascots. In “Chore Boy & The Brawny Man: A Love Story” the intensities and nuances of a love quadrangle are scrutinized as The Brawny Man, Mister Clean, Chore Boy and a plush bear determine what works for them emotionally, sexually, and socially. Extending a human drama to household [cleaner] names and a stuffed animal make the stakes seem less intense. But after sniggering at the fact that Snuggle Bear and Mister Clean are screwing, there’s the biting realization that you’re either in, have been part of, or know that couple. This is Jones-Yelvington’s gift; to present a narrative that encourages a comfortable distance from conflict through flash, glitz, and celebrity only to sting readers with the realization that they’re looking at their own past, present, or future reflection.

This isn’t merely an étagère displaying celebrity iconography though. Other stories include an unnamed ballet school stalker, a snot fetishist kid, and an alcoholic twink self-sabotaging his relationship. And though there is a distinct draw for an LGBTQ audience, there are heterosexual protagonists and supporting characters as well (an unhinged housewife and a boyfriend grieving his girlfriend’s death). Regardless of the protagonist’s race or orientation, there is beauty, humor, and intellect within in the mess of each chapter. Perhaps this explains the book’s convenient size; readers will want to visit and re-visit that story about a living lawn guard who fists a neighbor after being laid off. A smaller book is easier to carry for when such an urge to re-read strikes, no?

Nostalgic GenX or GenY? Self-referential Millennial? No matter. The collection as a whole speaks to any reader unafraid of a revealing dive into sexual deviancy, fickle intimacy, and evasive amour. Conservative minds will be inclined to avoid this frank little bible of lascivious treasures ripe for reading and re-reading–but they’d only be avoiding a reflection they know exists. Whether out and proud or shrouded in privacy, pick up this mirror and read.

'Why Dust Shall Never Settle Upon This Soul' by Ryka Aoki
'One in Every Crowd' by Ivan E. Coyote
Burn, Bodice, Burn