‘Eros and Dust’ by Trebor Healey

‘Eros and Dust’ by Trebor Healey 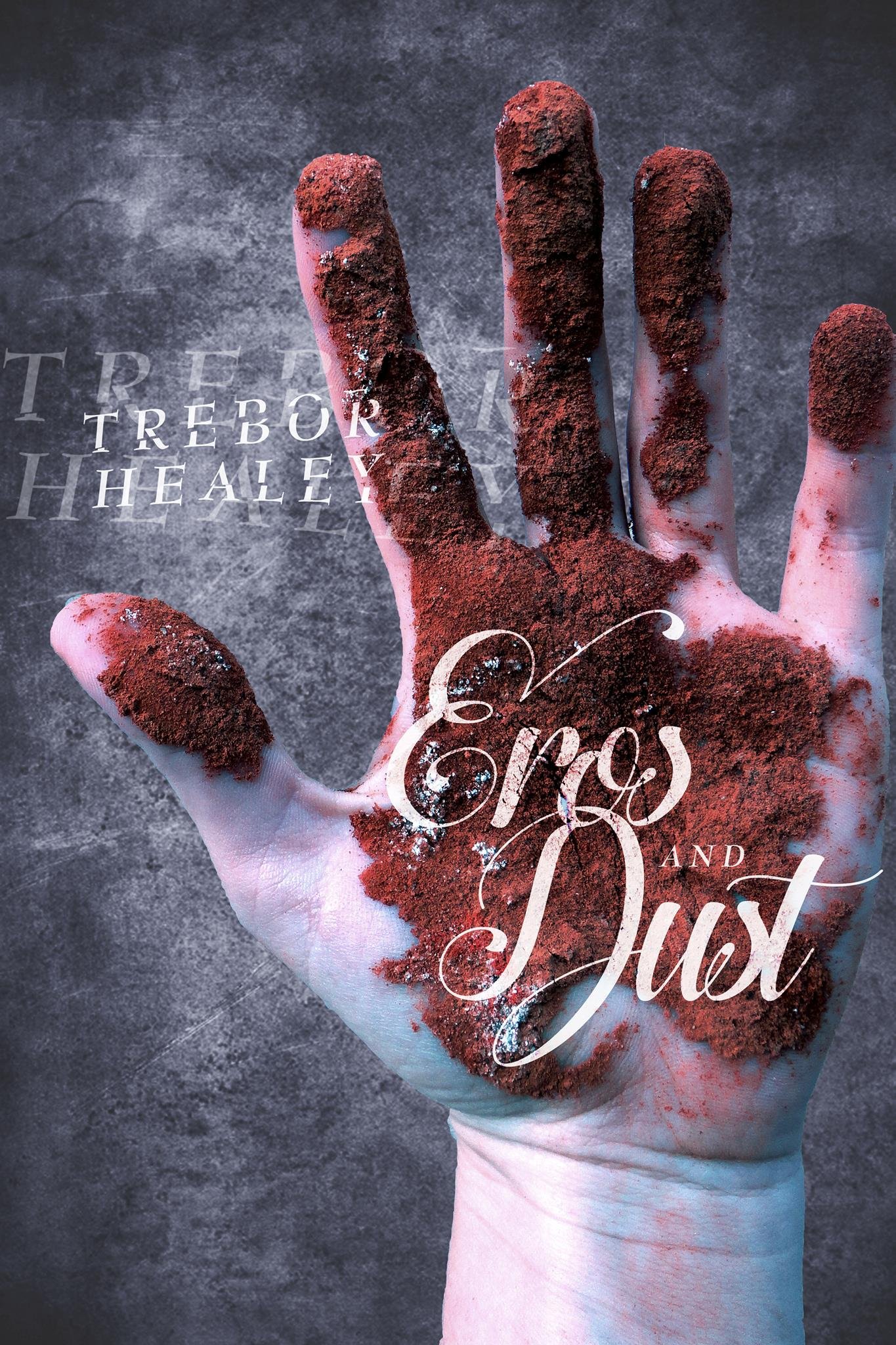 I was just a college boy and wannabe-writer when Trebor Healey’s stunning debut novel, Through it Came Bright Colors, was released. I devoured his fiction, falling in love with the characters, the descriptions, and Healey’s tender methods of storytelling. This novel certainly had a hand in molding me into the writer I am today. Recently, Trebor Healey published a new collection of short stories, Eros and Dust. Many years have passed since I first encountered his words. So, one asks, what happens when the devoted reader and the talented author are all grown up?

A central thread in Eros and Dust is the complexity of how art informs the gay male journey. How does it mold us, fuel us, defeat us? “Elmer Rosewater” is a dark piece, in the form of a letter. A man writes to his dear friend, explaining the wonder of post-war poet Robert Duncan and his attraction to American Surrealist art. The character professes, “We read and write the world.” The beautiful and yes, artful conclusion is just one instance of Healey’s literary gifts. In “El Santo,” the life of a tortured poet is revealed. Nicknamed after the famed Mexican wrestler, this man wrestled with his own life, buggered by constant illness and the drive to create poetry in San Francisco. “Queer Theory” is a clear nod to Jack Kerouac’s work, namely, The Dharma Bums. The rollicking prose reflects Kerouac’s prayer-like pages consisting of bodhisattvas and drug dazes. The author writes, “I hopped out then and there and tripped up the steps to Market Street, busy with suited, booby-prize, lost American working man and woman rushing madness and the Gabrielic shouts of bike messengers warning them all of impending disaster and imminent destruction.” In some sense, Healey is proclaiming that all readers, LGBTQ or not, must consider how crucial art is to our existence.

All in all, Eros and Dust is rather ambitious. The stories are constructed of thick, revealing narratives that offer a great deal of insight about the heroes and hapless within its pages. Almost every piece could easily be expanded and transformed into a novel or novella. With “Los Angeles” Mr. Healey introduces us to unemployed Fred. Our protagonist spends his days on Chaterbate with straight boys who play and tug for him. Concocting dual personas and lie after lie, Fred devises a plan to secure his best interests. With this, Healey asks his audience to consider the roles we all play each and every day. “Imp,” is another winning piece and the longest selection. It follows the tricky creature, Balthazar. This supernatural fellow flits through the human world, casting tricks of adoration on poets and punks. Balthazar tries to win their devotion from torture tactics. Healey writes, “I hammered him with shingles…I tossed him into a bank of poison oak up near Grizzly Peak…I couldn’t resist pummeling him with food poisoning care of a falafel cart on Telegraph Avenue. He rained vomit for three days.” Trickery in love is always tricky.

Trebor Healey has his own pranks too. “The Pancake Circus” dips into obsession and, eventually, deluded love and punishable actions. Our protagonist is very much drawn to Vernon, the local greasy busboy. He looks and sounds like Josh Hartnett. In an act of sexual sabotage, Healey gives worked-up-readers numerous reasons to go limp… very, very quickly.

Eros and Dust is a collection that tosses out nuggets of insight. For instance, in “Pedro and the Mark,” Healey writes, “It’s why Theo didn’t miss America and hadn’t gone back: the endlessly neurotic moralizing which made every SUV-driving, coffee-swilling, sanctimonious resource hog an expert on what to do about the ravaged planet that apparently wasn’t their fault.” Timely and true! Later, he writes, “If rejecting lunch and home decorating was ageist, then he’d accept the accusation, but he didn’t think that’s what aging was [….]”

What do I think, almost fifteen years since first reading Trebor Healey? The craftsmanship remains, but a strain of wisdom emerges. My… how we’ve grown.

'The Wolf at the Door' by Jameson Currier
“We inhabit the brutal. We are shattered every day./ We look askew”: A Review of Dawn Lundy Martin’s...
'Not Your Sidekick' by C. B. Lee