‘A Very English Scandal: Sex, Lies and a Murder Plot at the Heart of the Establishment’ by John Preston

‘A Very English Scandal: Sex, Lies and a Murder Plot at the Heart of the Establishment’ by John Preston 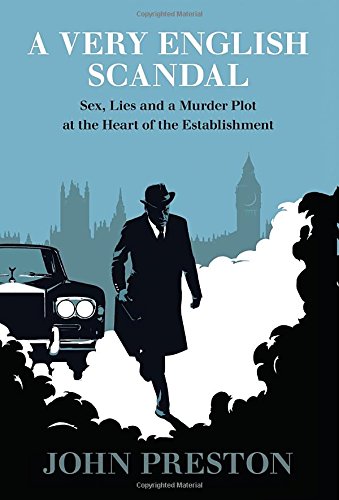 The British novelist, John Preston, gives us front row seats to the sensational 1979 trial of Jeremy Thorpe, Member of Parliament and leader of the Liberal Party, who was accused of conspiracy and incitement to murder. In the papers and tabloids of the day, the trial was being called “The Trial of the Century.”

Thorpe, a bisexual, fought aggressively to remain closeted (although homosexuality was decriminalized in the United Kingdom in 1967 with the Sexual Offenses Act) and preserve his political career throughout the fifties, sixties, and seventies. Earlier in his life, he had started an affair with Norman Scott, a handsome horse attendant and later male model. Scott, an unstable and psychologically wounded drifter, became financially dependent on Thorpe and essentially a “kept man.”

Scott attributed most if not all of his later woes to the Thorpe affair and over the years began to openly discuss his sexual relationship with friends and authorities, although, for the most part, his confession was met in disbelief. At one point, a trove of “love letters” between the two men was sent to Scotland Yard and passed on to MI5 (Military Intelligence, Section 5), the UK’s domestic counter-intelligence and security agency. MI5 kept files on all Members of Parliament. There the letters were promptly forgotten about and buried in a file; bowing to the norms of British propriety, tact and old-boy collusion, as well as the tendency to blame sexual impropriety on the victim instead of the instigator.

In a plot worthy of John Le Carré, the British espionage novelist, Preston fleshes out blow by blow each twist and turn in this novelization of the story, including Thorpe’s various accomplices and indeed a cast of characters that encompass every level of British society. Preston has exceedingly well researched his story, drawing from first-hand accounts by the various key players as well as newspaper articles of the period.

We meet Peter Bessell, a friend of Thorpe and fellow Member of Parliament, who becomes an unusually compliant accomplice to the charismatic Thorpe. We also learn of David Holmes, another close friend who assists Thorpe in his mad quest to rid his life of Norman Scott by any means. Then there are John Le Mesurier, George Deakin, and Andrew Newton. Newton actually carries out the attempted murder of Scott, instigated by Thorpe via Holmes. Newton botches the crime in the end however by shooting Scott’s dog instead and letting a frightened Scott escape. Finally, we have Jack Hayward, the multi-millionaire who unsuspectingly bankrolled much of Thorpe’s shenanigans as well as the brilliant, alcoholic barrister, George Carman, who ultimately succeeded in having Thorpe exonerated and discrediting every witness for the prosecution including Bessell and Scott.

The novel goes far to capture the homophobia of the age, the political machinations of the male-dominated Establishment, and the intricate web of lies and deceit, which became Thorpe’s lot in life. It also illustrates the oppressive nature of gender roles and heterosexist society during the fifties, sixties, and seventies in upper crust England. Thorpe, by way of his ambition, narcissism and deception, leaves a trail of broken lives in his wake, especially Norman Scott, who is persecuted relentlessly for his sexual “deviance” and his mental illness. Scott’s allegations are discredited at every turn. Excused from all charges, Thorpe nonetheless was vilified in the press and seen as a pariah to the Liberal cause. No one essentially accepted his innocence and, as such, his illustrious political career was over.

Suffering from Parkinson’s Disease in later life, attended to by his second wife Marion, Thorpe’s reputation enjoyed a resurgence before he died in 2014 at the age of 85. A later generation of party leaders praised his record as an internationalist, a supporter of human rights, and an opponent of racism.

Preston does a fine job of juggling a myriad of characters and exploring their motivations and their flaws. He adeptly unravels an intricate tangle of facts. He also gives equal attention to the women in the story, the wives and girlfriends caught up in “The Scott Affair;” most tragically Gwenn Parry-Jones, Scott’s lover and defender, who later commits suicide, as well as Caroline Thorpe, Thorpe’s first wife who dies in a freak car accident.

I cannot but wonder, from my more modern American vantage, how Thorpe and Scott would have faired in this age of marriage equality and Tammy Baldwin, Harris Wolford, Jim Kolbe, Michael Huffington, Barney Frank, Krysten Sinema, all out members or past members of Congress. But on the other hand, Thorpe’s story is not an old one. It falls in line with American gay government scandals such as Larry Craig, Aaron Schock, Charlie Crist, James McGreevey, Robert Arango, Carl Kruger, Troy King, and the list goes on. In some ways the sound and fury of this story, now becomes a distant tempest in a teapot to the contemporary LGBT millennial reader far removed from the days of blackmail, marriages of convenience, and criminal sodomy laws; however the wounds of homophobia still run deep and painful and the emotional toll and societal stigma still remains to be documented by future historians and described by novelists. Preston achieves just this in this work of sensitive scholarship.

'Whatever Gods May Be' by Sophia Kell Hagin
'There Was a Sense of Family: The Friends of Mark Morrisroe' by Teresa Philo Gruber
'Rhapsody' by KG MacGregor