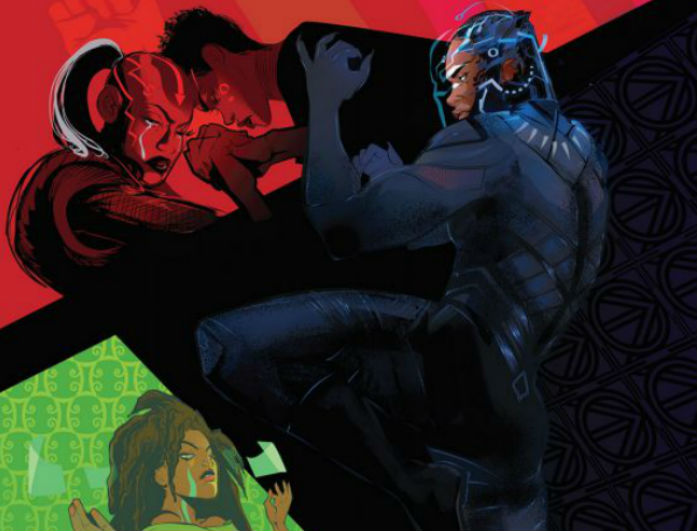 In the days after the election I found myself devastated, like so many; feeling lost of hope and crying unexpectedly. Looking for comfort, I searched to see what other women I respect and admire had to say about the results. I wanted to read something smart but relatable, fast paced but deeply thought out, even funny as long as it was also emotionally resonant. I looked and looked, visiting essays by Gloria Steinem, by Susan Faludi, by Camille Paglia. But nothing seemed to get right at the heart of the matter.

Some days later I figured out what I was looking for: I needed to read someone who can also do sexy. Someone with an edge, with bite. Someone like Roxane Gay. An alternative voice who has, as she said of herself at a reading at the Last Bookstore, infiltrated the mainstream. Someone who knows what it takes to fight back and thrive.

In hindsight, I should have looked at her Twitter feed first, a platform the writer has used to comment on both politics and pop-culture with equal fervor. But I went old fashioned with a Google search expecting to see a piece in The Guardian or The New York Times where the well-regarded feminist often is published. The result? A pre-election piece on “how to vote for Hillary despite her weaknesses” (I paraphrase) along with the requisite “what the fuck just happened” op-ed that came just hours after Trump’s acceptance speech. But then there was something more, something surprising: a comic book – with a publication date of November 9th.

The brand new Black Panther: World of Wakanda ongoing series welcomes Roxane Gay into Marvel’s bevy of writers, making her the first black, woman to tell a Marvel tale. And the story’s main dramatic tension is between two queer, women, another first for the publisher. In her endnotes to the issue, Gay hints that her superheroes will be a twist on those of the past: heroic yes, but as vulnerable as they are fierce.

Though the format is new for Gay, the topics are well worn: power struggles, hot encounters and female solidarity abound. The first issue in the series introduce us to the Dora Milaje (meaning “adorned ones,”) a group of Wakandan women warriors gathered by the Black Panther monarchy to protect King T’Challa and his family. The fleet gather at Upanga, a facility where Aneka, their captain, will train the new recruits until they are ready to be of service.

Right away, Ayo, who Aneke describes as a beautiful village girl, shows herself to challenge authority and when she sasses Aneka in front of everyone on their first day. Before they have even begun their training, Ayo takes on Aneke in a match of hand to hand combat, beautifully illustrated by artist Alitha E. Martinez. When Ayo loses, she sets her mind on defeating her captain at a later date.

As their training continues, Ayo finds that she has met her equal in Aneka, and another recruit, Folami, is forced to show her hand of secrets in order to save her place in the Dora Milaje. Among other shadowy facts about her fellow trainees, Folami has picked up on the fact that Aneka seems to have a sweet spot for Ayo, despite or perhaps because of her defiant behavior. Mistress Zola, a higher up of Aneka, commands Folami not to interfere and report directly to her instead of training alongside the others, giving Ayo and Aneka’s spark for each other enough oxygen to light. But when an ever assertive Ayo sneaks out at night to for a late night call on Aneka, Aneka denies her own attraction and leaves Ayo standing at the door with no response.

As the story progresses, the Dora Milaje are tested outside their training quarters when they come upon their enemies, mercenaries of King Namor, just outside the boundaries of the Golden City. The women outwit their foes but not before the men promise that there is more for them in store. Indeed, the women are surprised by an attack on the Golden City during their induction ceremony and we are left on the with the fear that the attack may be too great for the group to prevail.

And comic book fans will be happy to see enough of the supernatural trademarks of the Wakandan tribe during the fighting scenes to maintain their interest. The vibranium shields, made of vibrationally savvy material found only in Wakanda, gives the story grounding in a subversive parallel universe that only science fiction can approach. (Although, for the record, Elon Musk’s Hyperloop Transportation Technologies seems to have invented a ‘smart’ material with the same name in 2016.) Those traditional comic book strengths, along with a tidy job introducing the main opponents of the Black Panther, and the promise of a big fight to come, make this as good a superhero story as any.

What might be missing for some of Gay’s critical fans are some of her darker and more intellectually driven themes, so well represented in some of her fiction and essays although probably more appropriately so. The impossible future of trauma survivors for example, the main territory of Untamed State, Gay’s debut novel, might not be so well suited for the fast paced and visually boxed off style of a comic. And certainly feminist pop culture critique, a genre the writer owned after the publication of Bad Feminist, her book of essays, would be awkward within the pop culture item itself. But readers aching for both will find some solace in the just published collection of short stories, Difficult Women, out this month, or her upcoming memoir, Hunger, due this summer. When all else fails, you can find yourself lost in Gay’s vibrant Twitter feed, complete with everlasting love for Beyoncé. But whatever you do, don’t rely on American or European papers for comforting commentary. You’re more likely to find inspiration and hope to prevail in the World of Wakanda.

Note: Gay writes in collaboration with Ta-Nehisi Coates, who revived the superhero series last April, and alongside poet Yona Harvey, who has a 10 page backup story in the first issue (not reviewed here).

'Elizabeth Taylor: A Passion for Life' by Joseph Papa
'Prelude to Bruise' by Saeed Jones
‘Beijing Comrades’ by Bei Tong

Emily Kramer is the co-author of ‘A Piece of Cake: Recipes for Female Sexual Pleasure’ and is the cofounder of Litwrap where she writes about writing.