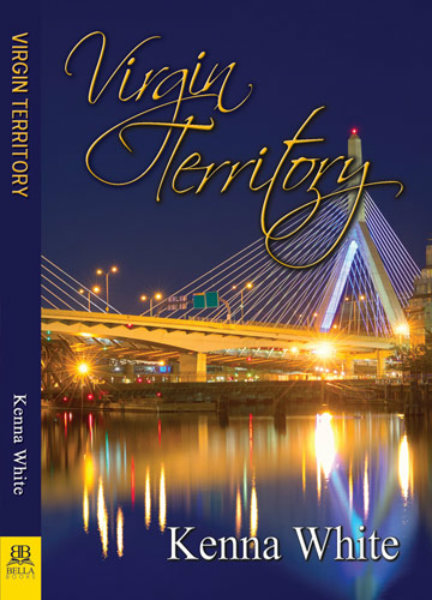 Elise Grayson, VP of Grayson Construction, has problems—including some she’s not even aware of as Virgin Territory opens. One issue, she does know. She can’t drive to save her soul and her native Boston is no place to get behind the wheel when you’re as inept a driver as she is. As a result, Elise often employs the use of a limo service. Another problem, which unfolds during the initial scenes of the story, is that her long-time girlfriend, Ginger, is a liar and a cheat. When Ginger’s current indiscretion comes to light, she is quickly gone from Elise’s life, leaving Elise confused, hurt and irritated. However, Elise’s very busy schedule and her mysterious new limo driver help to distract her from the devastation left in the wake of Ginger’s recklessness.

Elise finds Jan Chase enigmatic. She’s polite, professional and an excellent driver, yet Elise detects something different about her, something slightly “off,” which Elise can’t quite identify. She notices Jan’s a little unsteady on her feet, causing her to wonder if she’s been drinking, yet Jan’s driving and her behavior are impeccable and each time she needs a driver, Elise requests Jan.

We meet these two women’s families in revealing subplot scenes. Elise’s family lives among the upper echelons of the wealthy, where appearances matter more than substance, especially to Elise’s mother. So when Elise shows up to one of her mother’s “command performances” without her partner, things get a little uncomfortable for Elise.

In contrast, Jan’s working class, salt-of-the-earth family is loving and supportive, but they are a little over-protective of Jan, quickly pointing to the issue that remains an unknown, creating page-turning moments in an attempt to learn about Jan’s life and history. However, Jan not only harbors a secret, she has also built a fortress around herself—and we wonder: is Jan keeping people out or her secret in?

For all their formality and compartmentalized personalities, Jan and Elise are likeable. As these two women spend more time traveling together, their interactions become relaxed, less reserved, and a friendship begins to develop centered around their mutual respect. Elise’s stiffness seems to disappear. Micro-cracks form in Jan’s barricade. Jan seems to see a part of Elise that Ginger could never appreciate. She encourages her to come out of her shell, challenges her to live for more than work, and to move beyond Ginger’s despicable betrayal. Jan is good for Elise, but as Elise starts to have feelings for Jan, she can’t seem to get past the walls Jan has erected. On a particular trip to Cape Cod involving an overnight stay, things start to change for these two women. But first, they must be willing to crack the shell, demolish the walls, and let each other in.

The main characters are well drawn and their unfolding relationship keeps the story moving. Dialogue and the well-structured plot reveal White’s skill as a storyteller. Our affection for the main characters can’t help but grow, and although the author has a penchant to use formulaic descriptions to bring each new character on stage, the characters themselves are appealing. Occasional comical interactions between the main characters, a positive and supportive attitude on the part of Jan and Elise for one another, and the underlying romantic tension blossoming between them, all make this story captivating and entertaining. They mystery surrounding Jan’s past, the details of which are not revealed until late in the story, allows the entire adventure to coalesce to a satisfying, though tension-filled, conclusion.

Overall, Virgin Territory is an engaging and satisfying read—an enthralling tale of romance the reader can enjoy with a cup of hot something on an autumn or winter’s evening.