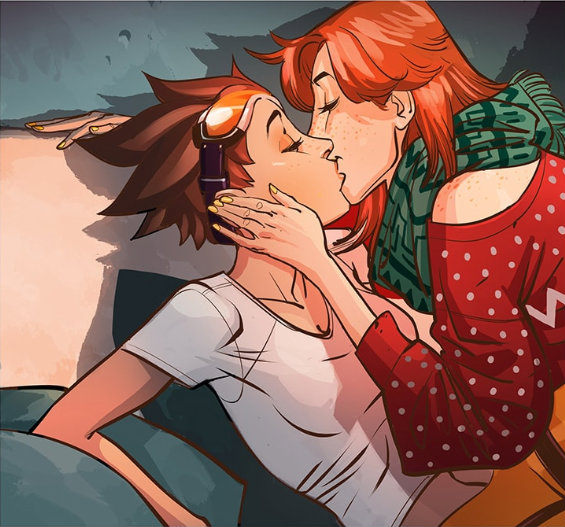 Weeks ago, I wrote about the “Best Books of 2016,” but most of those are books many have already heard of. This list of “Best Under the Radar Books” might treat you to something new, including Even This Page is White by Vivek Shraya.

In Vice, writer Bruce Benderson reflects on “How Sex Became a Four-Letter Word” :

[The 1970’s were] marked by the erosion of American religious superstitions and, consequently, dramatically freer sexual attitudes. As the decade wore on, the difference between my generation’s approach to sex and that of our parents began to seem more stark. History, I truly believed, was proof that things only get better in the long run. Especially for us gay men, for whom the 70s were a golden age, the last era in which we could have sex without fear.

Sarah Schulman sat down with Jarrett Earnest to discuss Conflict is Not Abuse and what it means to her to be a Jewish lesbian writer.

While Dan Lopez’s book was penned before the Orlando Pulse attacks, the story of a serial killer who targets gay clubs hits close to home. In this interview, he discusses his new book, The Show House, and what it means to release this novel into the world.

“I think that if the Internet has promoted a greater variety of sex and sexual desirability,” he proffers, “it has also led to a heightened degree of self-promoted hypocrisy.” When asked about the ongoing perpetual state of cruising that social media now affords, White concludes aphoristically, “I think a life entirely devoted to pleasure is melancholy.”

Beloved gay author Wesley Gibson passed away earlier this week. He will be missed.

Ellen Hart is the first LGBT writer to be named Grand Master by Mystery Writers of America. Congratulations!

In Foreword Reviews, Lilah Suzanne writes on the finding the balance between her fiction and her southern home:

If my punishment was being an outsider, fine. But even that was making a statement: If I had only conformed like they wanted me to, if I had scoffed and denounced the possibility of being gay and quietly gone along with the status quo it would have been fine. The politics of seventh grade were a small-scale model of the politics of the South in the ‘90s and still even now: Don’t be different. Don’t be gay. And if you are for god’s sake don’t talk about it.

'Almost Perfect' Wins Stonewall Award
Edmund White and James Franco in Conversation, Chelsea Manning Hits the Town, and Other LGBT News
Aaron Hamburger on How Our Past Affects Our Sense of Now