‘The Wonder’ by Emma Donoghue

‘The Wonder’ by Emma Donoghue 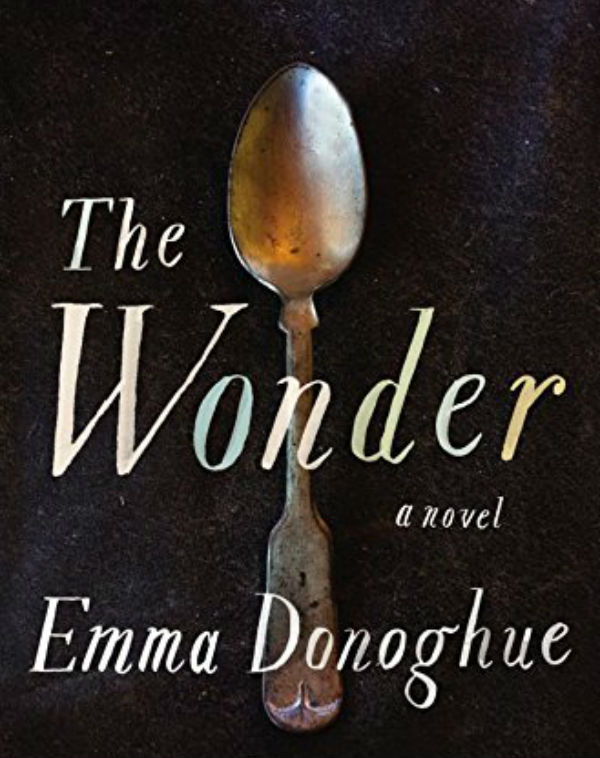 “Still dark; a cloud loosely bandaged the waning moon. So quiet, so lone, as if some disaster had laid waste the whole country and Lib was the last to walk its muddy paths.”

Though the passage above occurs quite late in the book, it characterizes perfectly the tone and arc of the narrative. Emma Donoghue, whose work has notoriously depicted children in fanatical and fantastical predicaments (such as in Room), strikes deep with The Wonder, placing the reader in the dark reaches of a time and a land of religious zeal. Lib, a pragmatic yet empathetic nurse training under the hand of Florence Nightingale, is dispensed to the dead center of Ireland—a place so damp, Lib thinks, that water collects like in the bottom of a saucer. Her task? To watch Anna, a young girl who hasn’t eaten in three months—a proclaimed future saint, Ireland claims. In order to substantiate or refute said claims, two nurses are sent to watch the girl 24/7: a nun of the same order and province as the girl and Lib, whose work with Nightingale secures her as a nurse of high-esteem.

Lib, ever the pragmatist, finds herself in an emotional predicament she had not expected; while she’d come to Ireland with the intention of uncovering a fraud, she finds that her nursing practices are in question. She feels empathy and clinical concern for the child while battling the need to do her task at hand.

“You’re an intelligent girl.” The compliment came out more like an accusation. How could the child bear not just the hunger, but the boredom? The rest of humankind used meals to divide the day, Lib realized, as reward, as entertainment, the chiming of a clock. For Anna, during this watch, each day had to pass like one endless moment.

The resulting narrative is harrowing and a filled with touches of magical realism. Once again, Donoghue’s child characters shine in their imaginings; just like Jack in Room, Anna (the protagonist in The Wonder) is faced with creating solace in unimaginable circumstances. Also like Jack, Anna is ruled by the ideologies of the adults around her, with Lib serving as her only conduit to the world outside her home. Anna’s family, who are heartily cheering for her martyrdom, play emotional bad guys as well as saints, victim to their circumstance and faith.

“The poor lived for the day, was that it? Lib wondered. Lacking control over their circumstances, they learned not to borrow trouble by looking farther down the road?”

This book is Hardy-esque in its harshness and resonance: a sure read for anyone who has ever faced a conflict of conscience—and all others, as well.