‘The Missing Museum’ by Amy King

‘The Missing Museum’ by Amy King 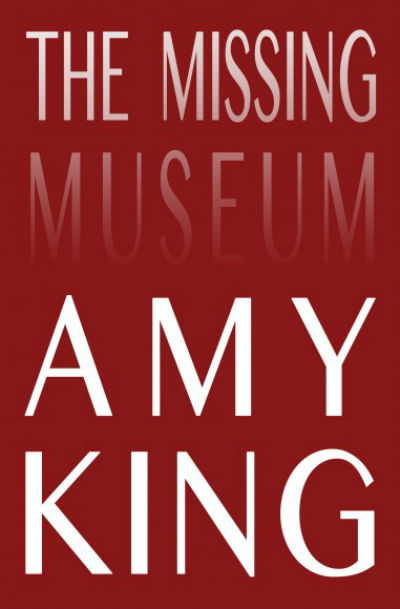 How do you approach poetry? A poet may sidle up to it and gaze directly into the face of a peer, or be starstruck and reverent, or wish for a recipe altered with a dash of this or that literary seasoning. Those intimidated by the form may feel it excludes them, or be surprised by its embracing nature. In The Missing Museum, poet and Women’s National Book Association Award-winner Amy King balances passages that can prompt head-scratching wonder with a direct fusillade of shouty caps. The immediate and the inaccessible eye one another in the halls, exhibits of history both natural and not.

A long poem titled “Understanding the Poem” posits that, “Only people who live in New York City will understand this poem,” before venturing through an amalgam of ideas and images (the once again timely Stop and Frisk program; King herself, described here in the third person; Red Stripe beer toted in a brown bag; a cryptic reference to “when Foucault offered a picture / of a pipe and declared no pipe present.”). A famous essay about an even more famous painting teases out one of the ways King plays with focus here; while this reader simply jumped into the volume directly, it rewards having a search engine close at hand.

The book’s back cover mentions “ekphrasis” as one of the techniques in play here; simply knowing that’s a piece describing a scene or work of art is enough to bring us into the museum contextually, but readers will each respond differently to those pieces depending upon their familiarity with the source material. The question of whether one truly “gets” the poem one is reading can be vexing even to fans, and that uncertainty gains power when we’re unsure where its origins might lie.

In the section titled “Bodies,” the poem “We Will Never Fully Recover” tweaks identity and sexuality. “I don’t have a dog in this fight; my sister / is post-gay only. I’m merely a gnat sans trench coat / in a small bony space crossing letters out. / The anti-Vanna White.” The family described as “not gay” at the poem’s beginning change midway through: “(O)ur sex / goes gay for all objects in contact.” The language is playful throughout this piece, describing light like marmalade and a gelatinous zeitgeist, a grandmother whose “grave echoes with gay– / her silky epitaph and flowers.”

These poems do feel tied to the zeitgeist; Vladmir Putin rides past on a steed as “PUSSIES RIOT IN THE SNOW / THIS WINTER OLYMPICS” early in the book. Later, King compares wine with books: “ICE WINE. AGED IN AMERICAN OAK. FRENCH BOWELS BISSECT / NAPA VALLEY UP TO THE OREGONIAN MOUTH.” There are times when rhymes bubble to the surface in unexpected ways, but here the visual overtakes the auditory, nearly pulling it in its wake.

If this all sounds obscure and forbidding, at times it can be. Sometimes the thrill of reading poetry is the sense one minute that you understand the poet so clearly you’re not just seeing through her eyes but, perhaps more importantly, breathing through her lungs. Two pages later that thrill is a thing of the distant past, as you struggle to make any sense at all of what’s in front of you and gasp for air. The Missing Museum is not an easy read, any more than an actual museum exhibit is a thought-free gimme of an experience. But, like the Smithsonian and the odd roadside attraction, it’s worth taking the time to explore.

A Poem by Avery M. Guess
A Tribute To Robert Friend on his 100th Birthday
‘Keepsake Self Storage’ by Marianne Banks