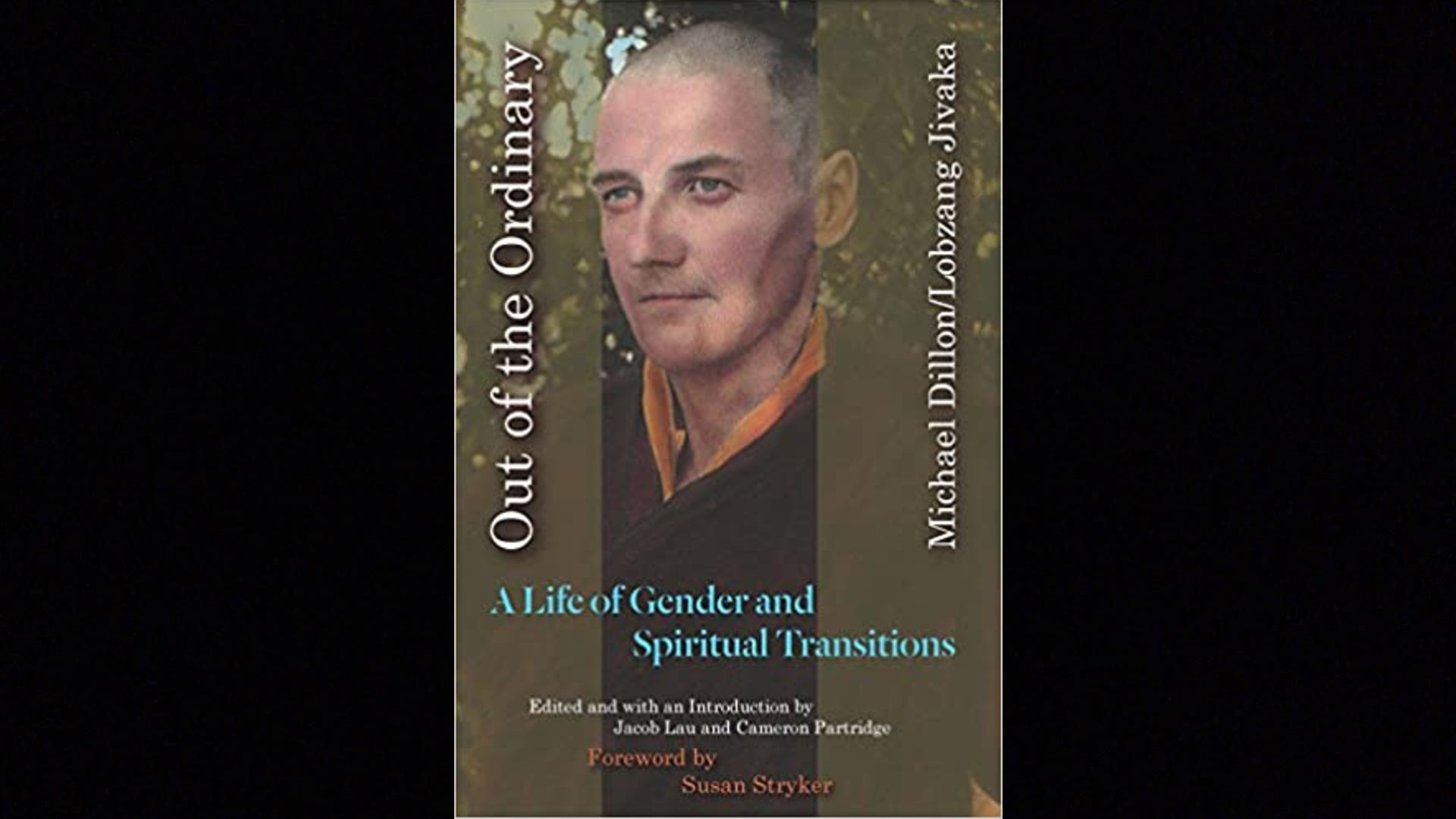 ‘Out of the Ordinary: A Life of Gender and Spiritual Transitions’ by Michael Dillon / Lobzang Jivaka

‘Out of the Ordinary: A Life of Gender and Spiritual Transitions’ by Michael Dillon / Lobzang Jivaka 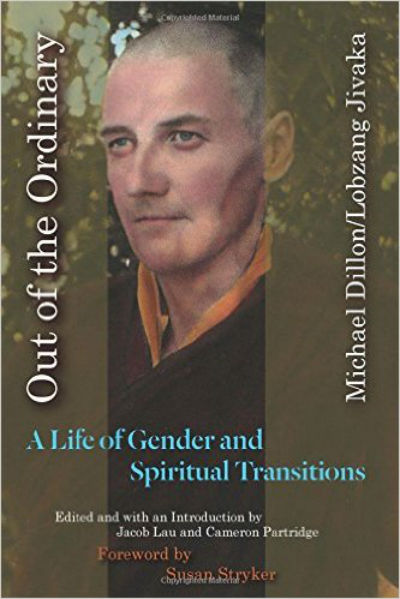 Autobiographies have, for some time, made up a substantial proportion of the literary output of trans people. While we have generally been deemed incapable of writing much of interest, the public, or perhaps more accurately the publishers, have gleefully lapped up our life stories. There has been more than a whiff of freak show about it all.

What we have had to say has also been mediated. Editors have advised on what aspects of our lives might be of most interest to a cis audience. We all know what those aspects are: the magical transformation, the tragedy, and the emotional turmoil are essential parts of any trans story.

Sometimes the mediation is more direct. Lili Elbe’s diaries and letters were edited for publication by Niels Hoyer, who seems to have brought his own spin to the tale. His book, Man into Woman, was used as the basis for a novel by David Ebershoff, and that book was turned into a film of the same name: The Danish Girl. How much truth remained at the end of that process is open to question.

Down the years, however, one story of a trans pioneer remained unsullied and unpublished. Lawrence Michael Dillon, Mike to his friends, was almost certainly the first person in history to have a penis created through plastic surgery. He wrote his autobiography while becoming a Buddhist monk, taking the name Lobzang Jivaka. Dillon died in 1962 not long after mailing the manuscript to his agent, on whose desk it languished. Two accounts of his life have been written: one by Liz Hodgkinson and one by Pagan Kennedy. Now, however, thanks to two trans academics, we can read Dillon’s original words.

In their introduction, Jacob Lau and Cameron Partridge speculate that the long wait for publication may have been due to legal issues with Dillon’s family, or to the stuffiness of his prose. I suspect that it is more down to lack of salacious detail. There is no cis gaze in what Dillon writes.

Those seeking insight into his views on the nature of the trans experience will be better off reading his medical treatise, Self, which he wrote while still undergoing transition. As Susan Stryker notes in her foreword, Dillon beat Harry Benjamin to a coherent medical model of trans people by two decades. He also, in my humble opinion, did it far better.

Self, however, was written from an objective viewpoint with no suggestion that the author had practical experience of the condition of which he wrote. Dillon had secrets to keep. Out of the Ordinary, his autobiography, was written after his story had been splashed across the pages of the Sunday Express. Now it is other people’s secrets that he keeps.

Dillon is reluctant to name many of the people who helped him. There is also nothing in the book about his relationship with the pioneering trans woman, Roberta Cowell, to whom he once proposed marriage.

To an historian like myself, this is a little frustrating, though Dillon does provide clues that lead us on interesting chases. The un-named surgeon who performed his top surgery, for example, was probably Dr. Geoffrey Fitzgibbon. He is the only Bristol-based surgeon I have been able to identify who was trained in plastic surgery by Sir Harold Gillies, and therefore the only person who fits Dillon’s description. Other parts of the story may be elucidated by further research.

What, then, does the book contain? Why, like any other autobiography, it is a life of a person: in this case a remarkable man. Dillon doesn’t always come over well. He is stubborn, convinced of his moral righteousness, and at times embarrassingly imperialist and racist. However, he is also deeply philanthropic. His kindness to the young orphan, Gilbert Barrow, his bravery during the Blitz, and his willingness to muck in with shipboard duties shunned by other officers during his time in the Merchant Navy are all admirable.

There too is a spiritual journey. Dillon must have had some Christian leanings, or he would not have confided in Canon Millbourn of Bristol Cathedral, who became a lifelong friend to both him and Cowell. However, his interest in the occultism of Ouspensky and Gurdjieff, and his friendship with T. Lobsang Rampa, led him to ordination into Buddhism. He was the first Westerner to be accepted by the Tibetans, Rampa having notoriously only pretended to be a monk.

Above all, however, we are hearing Dillon in his own words, unmediated by this cis gaze. Lau and Partridge have intervened only where they found it necessary to elaborate or explain something Dillon has said. We have been treated to the life of Michael Dillon the human being, not Michael Dillon the trans man. For that service, the trans community should be very grateful.

Out of the Ordinary: A Life of Gender and Spiritual Transitions
by Michael Dillon / Lobzang Jivaka
Fordham University Press
Hardcover , 9780823274802, 272 pp.
November 2016

Burn, Bodice, Burn
'The Asylum' by Simon Doonan
These are a Few of Our Favorite Things

Cheryl Morgan is a blogger and science fiction critic. She has won a Hugo Award twice: in 2004 for her book review magazine, Emerald City; and in 2009 for her general writing, primarily at Cheryl's Mewsings. Cheryl also co-edits the web site, Science Fiction Awards Watch, and is a Director of both San Francisco Science Fiction Conventions, Inc and the Science Fiction and Fantasy Translation Awards