MB Caschetta: On Her New Book, Getting Published, and Lesbian Sexuality

MB Caschetta: On Her New Book, Getting Published, and Lesbian Sexuality 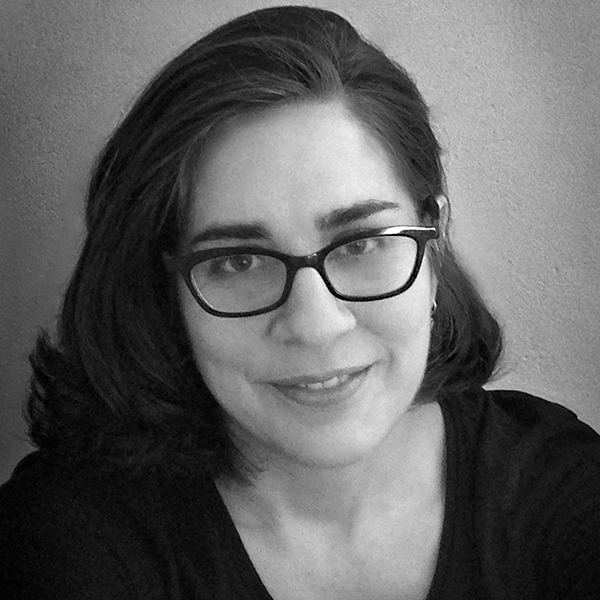 MB Caschetta is smart, sexy, fierce, funny, and a beloved friend. Every bit of her wit and talent are apparent in her engrossing new book Pretend I’m Your Friend. The linked stories are, as Elizabeth McCracken says,

[F]ull of brilliance, hilarity, and longing[…] You will love the characters the way you love your own family: complicatedly, with tenderness, understanding, and consternation. The only difference may be how willing–and eager–you are to introduce them to friends.

Carole Maso calls it: “A book of youthful verve, humor, melancholy, and desire. It confronts the central mysteries: sexual, familial, and spiritual, with elegance and aplomb.” Completely engrossing, these entwined stories contain all the stuff of life that binds us—sometimes in ways not of our choosing.

Pretend I’m Your Friend is being published by Engine Books this month.

You published a first novel Miracle Girls in 2014, which was a Lambda Literary Award Finalist. You are now writing a memoir about being disinherited. Do you like writing short stories more than longer works?

Short stories are like little worlds you get to create, enter, and inhabit for a brief time. It doesn’t matter if you know exactly why you are writing a story (or more accurately why a story is writing you), because eventually, after all the revisions, it becomes clear. Also with a short story, every word matters so much and must be so perfect. I think about how much I loved Grace Paley’s answer to the question about how she could tell when a story was finished. She held up a page and pointed to each word, saying: “Is this word true? Is this word true? Is this word true?”

A novel is different. It’s mysterious. You have to create it and let it go, so that it can work on its own terms, which apparently may have nothing to do with your plans. The tighter you hold on, the more you fail to let it “become.”

I’m now working on a book of non-fiction about being disinherited which is more like revisiting a past life and trying to figure out what was actually happening at the time, not just what you thought was happening. Challenging.

Alyson Books published your first collection in 1996. How does this one compare?

I was in my twenties when Alyson Books published Lucy On The West Coast, way too young to soak in the fact that it’s a miracle—pure and simple—to publish any book at any time. I sort of missed the whole joy of the experience due to my youthful angst. I worried about reviews, prizes, next projects, and whether or not I was being launched or buried.

Now I am more mature, shall we say, and I would like to think that my craft has improved, that my stories reflect a subtler version of reality. I also genuinely appreciate the miracle of this book getting published.

Linked short stories are my favorite genre. Did you start out to write Pretend I’m Your Friend as a linked collection, or did it emerge organically?

I hadn’t initially planned to link the stories. I just wrote a regular collection of unrelated stand-alone works. In 1999, I went to MacDowell to get a jump on my novel, which I did, but I also worked on Pretend. I remember placing all the stories on the floor in my little cabin in the woods and seeing that some of them had multiple layers that could be pulled out, and reworked to stand on their own as separate but related narratives.

Some characters appear in multiple stories at different times in their lives. I really loved that phase of writing this book. I was as surprised by it as I hope the reader will be.

Or maybe sex is my favorite genre. There’s a lot of sex in Pretend I’m Your Friend… more than in your other work. Thank you. And, why is that?

When I wrote this book, I was just a young sapling lesbian, all gooey and sticky with sex. Getting it ready for publication recently, I was really surprised to see how many of the stories had sex woven into their fabric as plot, catalyst, turning point, and character exploration. All kinds, too: lesbian sex, straight sex, devious sex, traumatized-memory sex, innocent sex. You name it: it’s in there. I wouldn’t say that the stories are actually about sex. It’s more that sex is part of the world in which the stories take place and so must be kneaded for meaning.

You published these stories variously in mainstreamed journals and gay and lesbian journals across a decade, and some of them even won fiction awards. Did you find that it became easier to publish stories about lesbians and lesbian sex?

I am sorry to report that lesbian sexuality in the mainstream literary world still has a long way to go before it is met with the delight and respect it deserves.

The title story was once very rudely rejected from The New Yorker with this homophobic, hand-written little insult: “Sorry–These are well enough written, but their material seems rather showily outsider, more posture than we like. But thanks.” This was during an era when they were publishing several of my favorite gay male authors fairly regularly, but not lesbian fiction. Interesting, right? (Does the New Yorker publish lesbian fiction now? We’d better join forces and make that happen, you, me, and a friendly army of lesbian literary bad-asses. Any takers?)

Years later when the same title story was accepted for publication, I received an errant email from the initial reader to the editor of said publication, which was clearly not meant for my eyes. It said: “I liked this story a lot when I first read it, but I’m afraid all the lesbian talk just got me excited. I’m interested in your thoughts about the piece. Is there anything here?”

This is a book was almost published in 2000. What happened?

A wonderful editor at Ballantine Books wanted to publish Pretend as part of the launching of a new literary line there. She said I could be the female Dan Chaon, but her superiors in the publishing house shot the idea down. That was a close call, one of those heartbreaking moments where you see it happening and then you are dashed to the rocks. My agent, Christopher Schelling, was also pretty discouraged. But we healed. You grow good scar tissue from those knocks.

Anyway, the world probably did not need a female, lesbian Dan Chaon. He is fabulous enough all by himself, just as he is, with that trim red beard of his. I could never carry that off, but I am a fan of his work.

You wrote these stories and put it in the drawer. Did you fear it wouldn’t get published?

Everyone told me to put this short story collection away until I’d published a novel. I’m not sure if that’s a thing anymore, but not so long ago, you kind of had to prove your literary mettle by writing a novel. People said that whoever published my novel would publish the linked stories a year later and that would boost my career. Turned out everyone was right, I guess.

What does it feel like to publish these stories as a collection so many years after the fact? How have you changed as a writer?

It feels very nice… thank you. I’m pleased that these stories will make it to the light of day. It also feels a little strange since the stories are from a different era in my life: my single days, my unhappy dating days. I actually used these stories to court my lovely wife, Meryl Cohn, a fantastic writer in her own right, so they are very dear to me. As a writer today, I am much more grateful and, truth be told, a humbler writer than I ever was in my youth.

Your work has been described generally as “darkly beautiful” and “hope among the ruins.” Do you agree with these descriptions?

My writing is a reflection of my life’s experiences. I’ve had some hard things happen, but so have we all. For me, the writing in these stories is the light that has lit my every step toward much brighter days. I don’t personally see them as dark, but the critics tend to describe them that way. After I publish my book about Disinheritance, I plan to write a very light and fun book, something more representative of my life now, which is, I am happy to report, very lucky in love and literature.

What format do you think you’ll try for this future “happy” book?

Such a good question! Now that I’ve written two story collections, a novel, and am finishing a memoir, what’s left? A TV show? Movie? Opera? Book of haiku? Nah… probably just what you’d expect, another novel, but I’m not committing to anything just yet. We’ll have to wait and see how things play out.