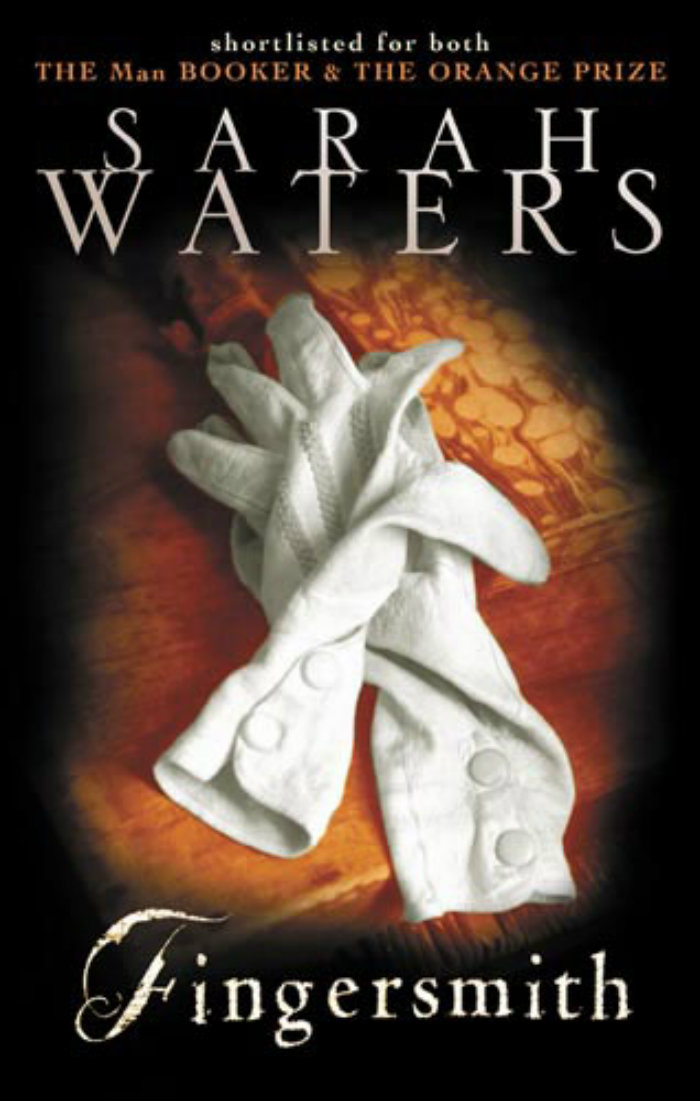 Fingerplay and Handmaidens: The Queer and Subversive Pleasures of Reading Sarah Waters

Fingerplay and Handmaidens: The Queer and Subversive Pleasures of Reading Sarah Waters

Maud stood very still, her pink lips parted, her face put back, her eyes at first closed then open and gazing at me, her cheek with a flush upon it. Her throat lifted and sank, as she swallowed. My hand grew wet, from the damp of her breaths. I rubbed, then felt with my thumb. She swallowed again. Her eyelids fluttered, and she caught my eye.

Here, in Fingersmith (2002), the reader is witness to minute details of quotidian life in the past, details of intimacy that we, as people alive today, assume the population of history might have shared with us. To speak to such populations is impossible, of course; all we can do is imply, using ourselves as a reference.

To Waters, the past, given its limitations, offers the possibility of the utopian. Her work as a novelist might still double as that of a historian, since all her work comes with extensive historical and literary research. By using popular genres such as the historical, the crime, or the mystery novel, all so afflicted with the stigma of pulp, Waters allows queer readers a new examination of history and their place therein. Women–and their sexuality–are made visible. Historical queer female desire is inferred, inserted, and re-imagined. Waters does this with feverish, twisting plots, lurid topoi, and intricate character portraits; her books are impossible to put down. Often do readers, urged into a luxurious complicity with the protagonists, find themselves as deceived by Waters’ intricate plots as the characters they follow.

Strewn throughout Sarah Waters’ novels are images of a woman looking at another: a longing female gaze seeking out the female figure across a threshold, upon a stage, through a door, a window, or prison bars. The opposite occurs as well: a woman who is or might be anticipating the gaze of another woman.

Literature with such a plenitude of (illicit) watching makes for great spectacle material, and so Waters’ work has been adapted, for the stage, the small screen and independent features, a fair number of times.

The most recent translation to the screen is of course Korean director Park Chan-wook’s Agassi–The Handmaiden (2016) an artful, disturbing, and humorous–some might say controversial, and/or pornographic–adaptation of Fingersmith. Park not only shows the lustful, calculating gaze, but all that comes with it: fantasy, performance, and fetish. Women play at switching roles, dressing and undressing, buttoning and unbuttoning, lacing and unlacing; whatever happens between handmaiden and mistress, a girl and her dolls, a child and mother. As one can tell by its ticklish title, Fingersmith is a novel of multiple readings and makings–that one might look at something one moment, and before the mind’s eye it becomes something else denotes a Queer aesthetic unto itself.

Narrated from two very different women’s points of view and with a twisting, breathless plot, Fingersmith tells the story of 19th century London petty thief Sue, who, in an elaborate con-scheme, becomes the maid of wealthy heiress Maud in a gothic mansion of dark secrets. Sue is trying to trick Maud of her fortune while unwittingly ensnaring herself in her own plot. The whole summary reads not unlike a Daphne du Maurier-styled bodice ripper; a matter the text is well-aware of and utilizes to the pleasure of the reader. The Handmaiden relocates the plot from Dickensian England to Japan-occupied Korea of the 1930s. Sue is now Sook-hee, a Korean thief who is trying to con the Japanese Lady Hideko (her name a reference to Japanese movie icon Takamine Hideko) but falls in love with her instead. Perhaps on account of its pulpy premise, Fingersmith/The Handmaiden manages to engage with complicated discussions of power and submission, the terrible construct of class, as well as the nature and use of eroticism. It is a discussion of longing, sex, the spectacle of sex–pornography–as well as the act of sex itself.

Contrary to the loyal and delicate BBC adaptation of Fingersmith from 2005, Park takes greater liberties with Waters’ text, dropping several plot twists and fitting the novel’s many complexities into the cinematic medium. Alterations and trimmings come across as embellishments; matched as they are to Park’s style of explicit, hilarious brutality, they are also in line with the prominent, but also more interesting aspects of Waters’ writings: that of sensation versus representation, of power and submission, as well as the questions of historical authorship that come with them.

The first time I encountered Sarah Waters I was fifteen and on a train with my mother. Back then, I was what one might call a hungry reader, but what I didn’t know then was that I was starving.

Handing me a copy of Granta’s Best of Young British Novelists 2003, opened to Waters’ story Helen and Julia, my mother said, “I think you’d like this story,” which translated to: “there are Lesbians in this story.”

Sarah Waters novels stayed with me throughout the rest of my teens. I’d think back to her like a kind of first memory, can still feel that heat, that sudden purpose those novels offered: here was something to read, something that made me complicit, was for me.

Just a couple years later I re-encountered a slightly altered form of Helen and Julia in a chapter of Waters’ The Night Watch (2006). At once, I felt like she was shedding light on the mysterious process of writing and ideas, while simultaneously, with her gesture of incorporating existing writing, illuminating the notion of intertextuality. Sarah Waters is above all things a postmodernist writer, one that acknowledges her own work as a summary of all the other texts that comprise her. The me who was addressed by Waters’ writing was at once a Lesbian, seeking out delightful depictions of women lusting after other women; but also a self-conscious reader of fiction, and a woman implicating herself in history via her perception and pleasure of literature.

More than anything, I still crave this complicity, this implication of my desire and pleasure–of women, of literature–in this day and age. The question of literary purpose has become all the more pressing and relevant; its answer, however, like this past month, can seem all the more dismal. As readers, writers, and hungry lovers of the arts, we agree on the value of literature in dark times: that this is, as Toni Morrison famously says, “precisely the time when artists go to work.”

The reader’s obligation, then, is to seek out the startling, pleasurable, and queer.