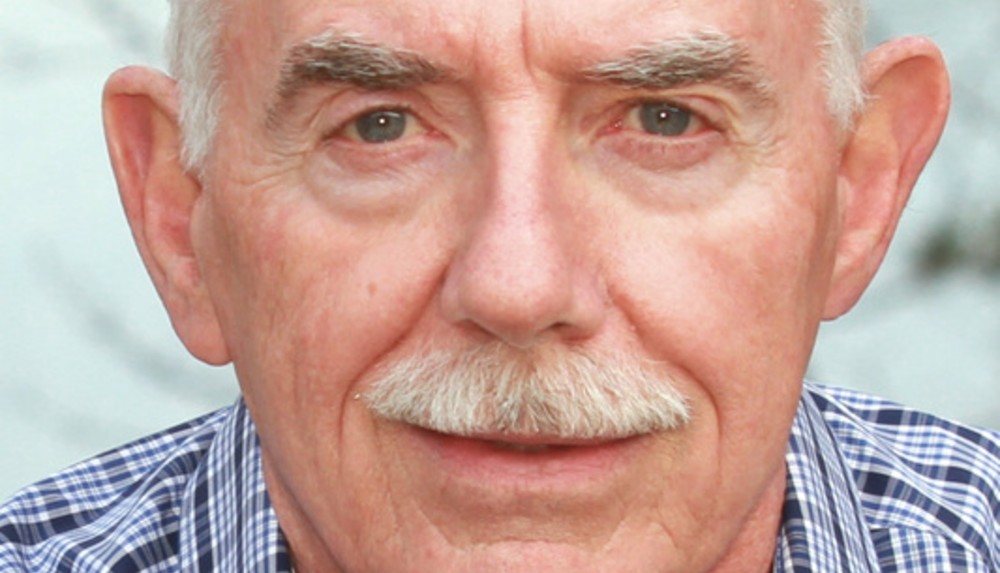 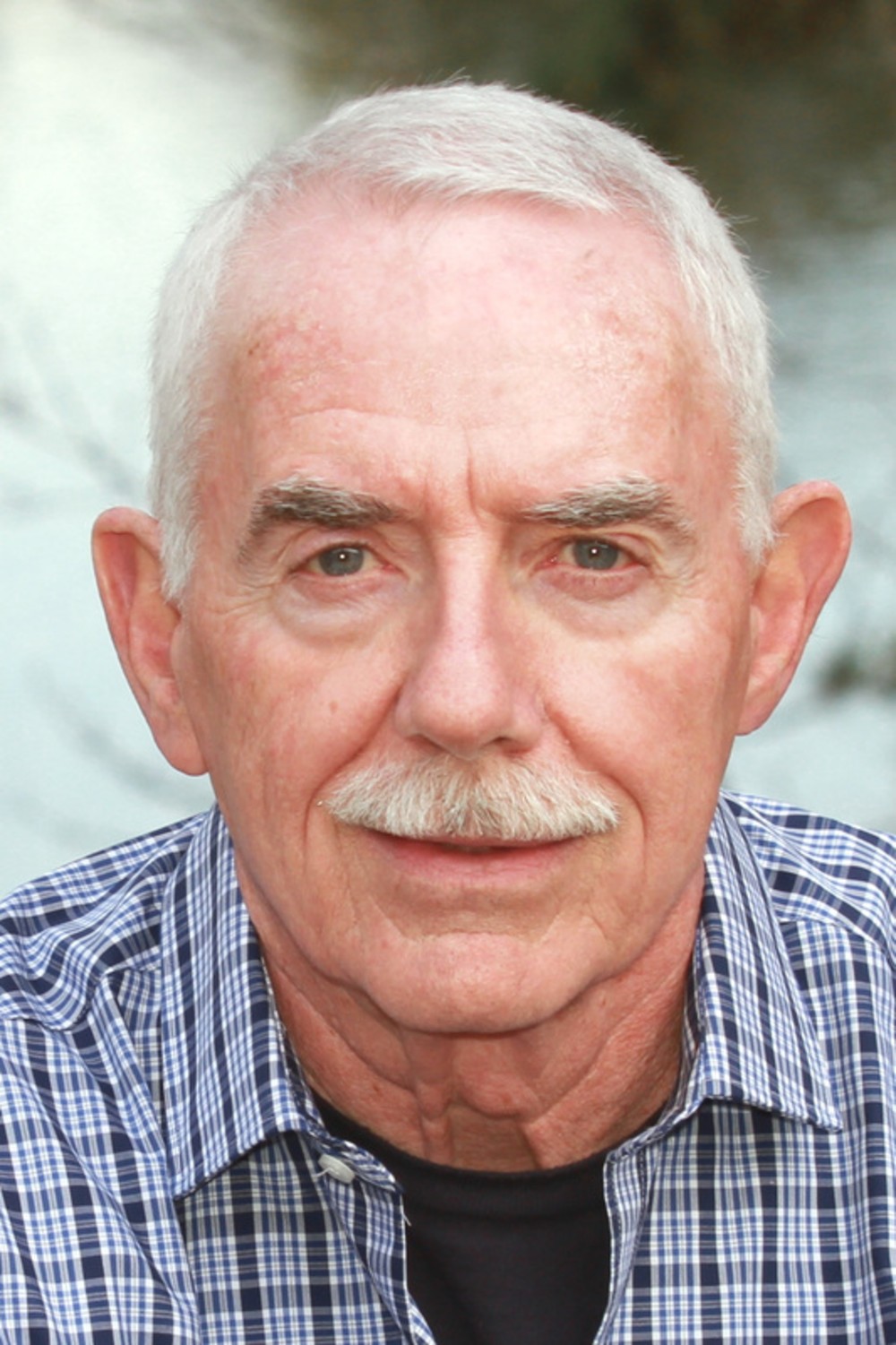 Retired psychotherapist Michael Ward has written a memoir, The Sea Is Quiet Tonight [published on Don Weise’s imprint Querelle Press-Ed.], about the outbreak of AIDS in Boston in the early 1980s. Having lived with an HIV-positive partner back in the day when people died all around, I didn’t know how I felt when it came to someone else sharing his own nightmare passage through the death of his partner. Twenty-five years later, I can still break down and cry in an instant, even in public, over my memories of my partner during that period. I was therefore delighted and surprised by Mike’s book. I found it a candid, bracing, often tragic account of what losing your partner to AIDS in 1984 looked like, when no one had answers and people got sick and died so suddenly, but I also found it an inspiring, uplifting book that had me on the phone with Mike discussing my experiences with HIV/AIDS, not a tear in sight. I was so moved by his story, which I helped edit, that I proposed to Lambda Literary an interview; I wanted to bring others into our conversation since I know he and I are not alone on this count.

In my experience working with gay authors writing about the early years of the AIDS epidemic, I find that catharsis is a major motivating factor for storytelling. Has that been true for you?

I wasn’t consciously motivated by catharsis, but initially it was the most powerful force. As I read through my journals from those three years, I was constantly flooded with feeling: joy, anger, grief. I lost seven close friends in addition to Mark, and those losses were unmetabolized. I hadn’t reread my journals in thirty years, so all of the [feelings] arose freshly. What I hear from people at my readings is the same kind of shock I felt: How could I have blocked this terrible sense of loss for so long? How could I still feel so much pain after three decades? But time is nature’s healer and hopefully we are better equipped now to deal with the weight of the grief we still carry.

What else do you hope to accomplish by chronicling the dawn of AIDS?

Two things come to mind. The first is to help those of us who did survive to reexamine events and relationships as a way to allow the past and present to coexist more easily. For many, there is a lot to come to terms with. I have a friend here on the Cape who was a buddy to more than one hundred men in Provincetown who died of AIDS in the 80s. She became afraid she would forget them, that their stories would blur, so she wrote a journal, one page for each man, chronicling what made each one unique.

My second hope is that my book will reach young people to whom AIDS is an historical period, like World War II was to my generation, something my parents talked about but that had no personal meaning to me. Young people tend to believe that they are immortal, and young gay people know that there are drugs that will keep them alive even if they get HIV/AIDS. What they don’t understand is that there are side effects to these medications and that they may be susceptible to other illnesses as a result. They will also always be dependent on antiviral drugs. If they are impacted by the reality of AIDS in my memoir, perhaps they’ll make safer choices in their sexual behavior. 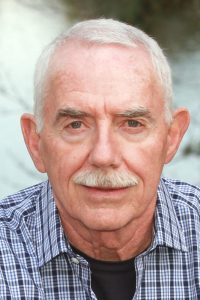 After Mark dies, a friend tries to help you return to the life you once knew by taking you nightclubbing for the first time since Mark was hospitalized. The moment is so human and so true to life. Yet some people might read you nightclubbing and hooking up just three weeks after Mark’s death as bad form. So how conscious were you when writing the book about revealing events or action that might not reflect well on you, or even Mark?

I really like this question, Don. My writing teacher said that there is nothing worse than a “sanitized memoir.” There are a number of events that I included that still make me wince, but the one you named was not one of them. To me it was clear that I was starved for physical contact, not sex, and that the person who came home with me from the bar was someone who had cared about Mark and cared about me. I hadn’t had physical contact with anyone for months and had been through the toughest period of my life. Hence the line, “This is a real person who is touching me, who wants to hold me. And I’m hungry to be held.” So far, there’s a split in readers in reaction to the scene, with gay men feeling relatively indifferent and some straight people feeling appalled.

You write that for you and Mark living in Boston, AIDS in the beginning was what was happening in New York and San Francisco. It existed in Boston of course but not, as you tell us, as the tidal wave epidemic you heard and read about in New York and San Francisco. In fact, Mark was only the hundredth person diagnosed in all of Massachusetts at that time. How then did living outside the two primary epicenter cities impact your experience with AIDS?

I think that living in a major city, but not New York or San Francisco, was advantageous. What we heard and read about that was happening in New York and San Francisco was terrifying. One of Mark’s partners in the building he owned had died months before Mark was diagnosed, and several of his roommates from Fire Island were very sick. His entire network of friends was under siege, and the medical system in New York was already fraying from the sheer number of cases that had to be dealt with. In Boston, the medical establishment reacted quickly to what they saw happening in other cities and got organized. Dr. Jerome Groopman came from Los Angeles and the hospital where Gaetan Dugas was treated to work in Infectious Diseases at the Deaconess Hospital, and he was as well-informed as anyone in the country. He was also unfailingly kind, helpful, and supportive. Mark was fortunate (if I can use such a word here) to have Dr. Groopman as his primary caregiver.

Speaking of Gaetan Dugas and the concept of him as “patient zero,” the New York Times last month reported that the patient zero was a myth and that AIDS was around a lot longer than most people realize, the first AIDS-related death on record occurring in 1969. It has taken over twenty years for basic information such as this to be made public, at least in the Times. What came up for you when you heard this news?

I felt deeply sad. I was remembering the first gay pride marches, Bette Midler singing “You Got to Have Friends” at the 1973 March, dances at the Firehouse, the contrast between the exhilaration of fighting back and the pleasure of surrendering to sex without reservations. There’s a beautiful moment at the end of the documentary Gay Sex in the ‘70s when one of the characters says something about how giddy we felt in our defiance, but what we didn’t realize, we couldn’t realize, was that there would be consequences. It saddens me to think that even then, as the gay rights movement was developing muscle, so was the virus that brought us AIDS.

Don Weise has twenty years publishing experience, the majority of which has been devoted to LGBT literature. He's served as Publisher of Alyson Books and Senior Editor at Carroll & Graf Publishers. Don was named by Publishers Weekly as an industry "Change Maker" and listed among Out Magazine's "100 Most Intriguing Gay Men and Lesbians" of the year. Weise is currently the founder/publisher of Querelle Books.