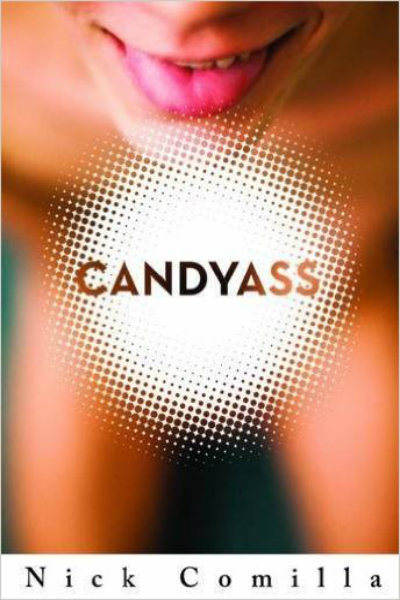 Candyass (Arsenal Pulp Press), is a coming-of-age story, where author Nick Comilla, veers from the usual terrain of family and peer rejection as the focus. Instead, Comilla shares a more introspective piece, exploring the immersion of a young gay man into the multilayers of gay culture, identity, and relationships.

Arthur is an American attending college in Montreal, where he traverses a complicated journey of defining himself as a young gay man. As Arthur attempts to navigate the gay scene he discovers subcultures within the subculture; variant models of relationships; differing attitudes and ideas around gay identity and culture.

A keen observation made early in the novel as Arthur makes his rounds to gay clubs and underground parties in Montreal, reveals a multifaceted gay identity.

“Now there is ‘gay,’ and there is ‘queer.'[….] we are mostly just gay kids alienated from the larger gay culture… and a very narrow view of what being gay can include.”

“Others disagree giving up on the term ‘qay’ … adopting, due to their own overly academic lives, the queer identity.”

A poignant conversation in which Arthur resolves that he is, “ambivalent about the whole thing sympathizing with both sides.”

It might have been interesting for the story to explore this thought of “gay/queer” in more detail, however, at the risk of risk being “overly academic” and defying the tone of the novel which in part is a lament of the search for love.

The euphoria of unattached youthful sexual indulgence is in constant conflict with the intense connection Arthur feels for Jeremy in spite of their open relationship. His poetry reflects his longing for a time of their early commitment, “waiting for the evening when you will again in the winter kiss me …”

The relationship lingers in that space of perpetual break-up before Arthur eventually moves to New York for graduate school.

Arthur moves to New York with some level of maturity and clarity of the gay scene and relationships. Yet he finds himself with Jason, in denial of the low places their relationship takes him. Any level of growth or consciousness obtained over the years is slowly diminished during his involvement with Jason; self-awareness is usurped by self-indulgence, which may be the crux of the story.

Candyass is able to reflect a current perspective of a familiar tale in which young gay men seek the comfort of love and companionship often in spaces of confusion and discomfort. The millennial telling of the story differs in that technology advances the search, providing immediate access to satisfy the desire. Still, hearts and bodies are entrusted to fragile beauty and a sweet taste.

'Blackfish City' by Sam J. Miller
‘How to Grow Up’ by Michelle Tea
'Blood Strangers: A Memoir' by Katherine A. Briccetti

Anthony Darden is a freelance writer living in New York.