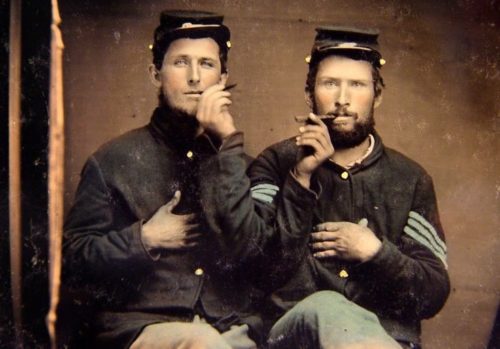 Queer historians have been fighting to be seen in the history books. Rev Irene Monroe speaks to the existence of queer soldiers during the Civil War and points to parallels between accusations of misconduct then and during the era of Don’t Ask, Don’t Tell.

Banned Books Week has come and past and, with it, we learned of 2016’s Most Banned Books list. Unfortunately, books with LGBTQ themes dominated the list. These books included I am Jazz, Two Boys Kissing, and Fun Home.

Derf Backderf’s graphic memoir, My Friend Dahmer, is being adapted into a movie. The film will star Disney Channel star Ross Lynch as the infamous serial killer, Jeffrey Dahmer. The graphic novel centers on Derf’s experiences attending high school with Dahmer while the adults ignore the warning signs of what was to come.

I was excited when Roanne Gay was announced to be the first black women to write for Marvel and I am even more excited now that those stories are coming out:

“I’m focusing on black women and the two lead characters are in a relationship,” Gay told HuffPost. “They’re queer women. That’s never been done before. So that’s definitely going to be a hallmark, of writing black queer women into the Marvel canon.”

Queer historians have been fighting to be seen in the history books. Rev Irene Monroe speaks to the existence of queer soldiers during the Civil War and points to parallels between accusations of misconduct then and during the era of Don’t Ask, Don’t Tell.

Nicholas Wong speaks with Asymptote about writing the body and subverting and resisting heteronormativity and colonialism.

Out interviewed writer Chloe Caldwell as part of their “Need To Know” series.

For me, the self is fascinating subject matter because I’m using myself and my thoughts and my observations to convey the world around me. Hopefully, I make it about the reader as well. I think what it boils down to is that even though it’s so clearly about me, I’d like whoever’s reading it to feel like it’s about them, too. Or to comfort them and make them feel less lonely and less shame.

If you are looking for a new favorite book, Trish Salah gives us “Six Debut Novels by Trans Women.”

Writer Michael Albo asks the ever important question: Did the Internet Make Dating Worse for Gay People? He reflects upon the difference of dating in the city and his experiences during a trip to Fire Island.

This week, Alison Bechdel shared a new comic strip with The New Yorker. 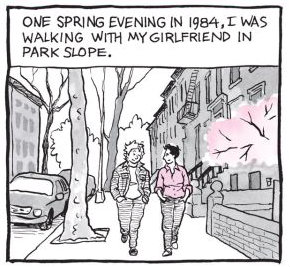 The finalists for the National Book Award were announced and lesbian author  Jaqueline Woodson’s Another Brooklyn remains a favorite.

When Jacqueline Woodson accepted her 2014 National Book Award for Young People’s Literature for Brown Girl Dreaming [sic], her memoir in verse of growing up in South Carolina and Brooklyn in the nineteen-sixties and seventies, she thanked her mother for being part of the Great Migration that brought Woodson and her siblings to New York City, and told the audience, “It’s so important that we talk to our old people before they become ancestors, and get their stories.” From the first page of “Another Brooklyn,” her first novel for adults in two decades, we find evidence of an author once again engaged in excavating family narratives, and in exploring the painful experience of making her way as a black girl in America.

Dog walking is one of the classic jobs for the starving artist. Novelist Justin Torres reflects upon his time walking one particularly strange dog for a particularly wealthy narcissist. (Not Trump though, so you can rest easy on that front.)

(Images via The New Yorker and LGBTQ Nation)