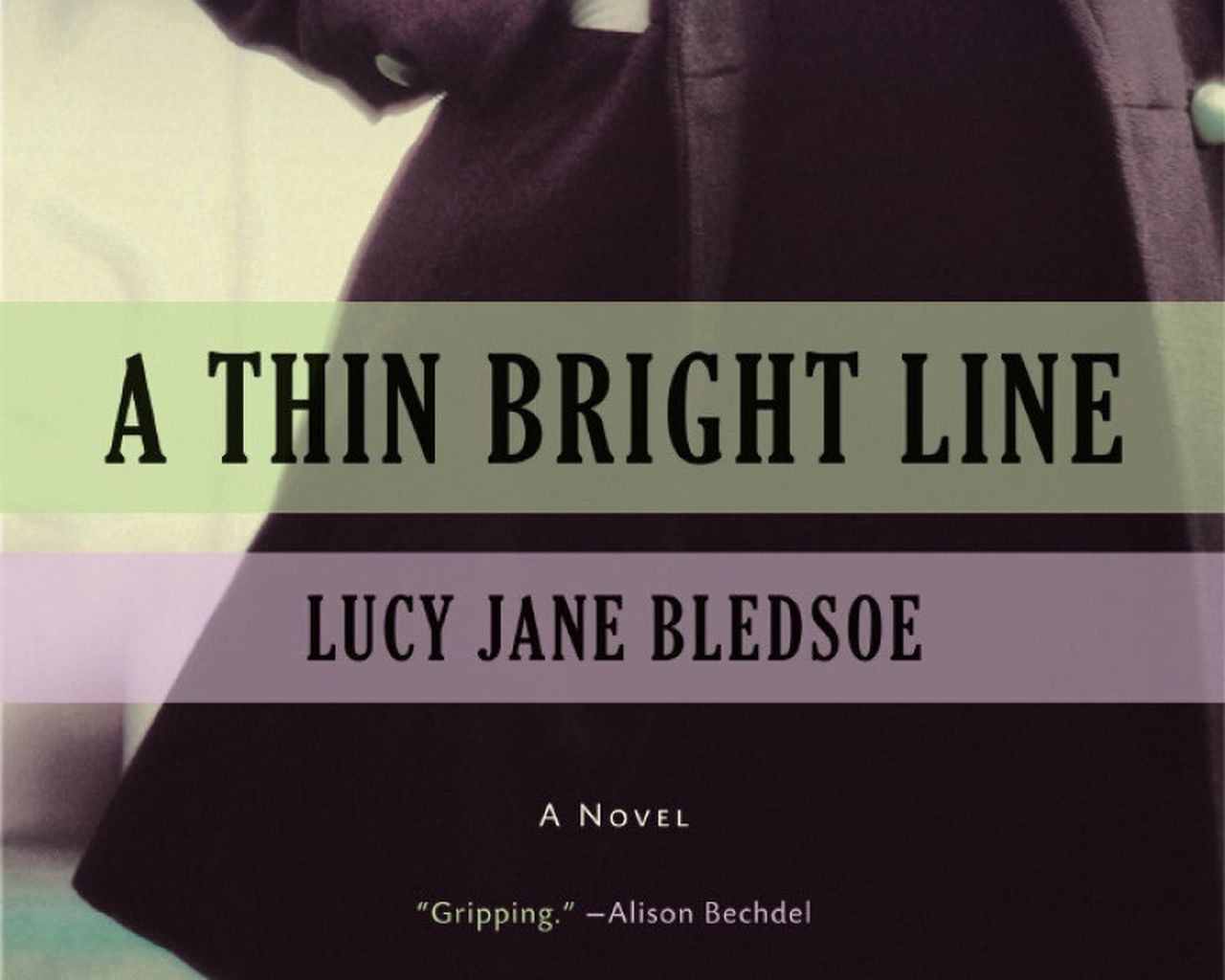 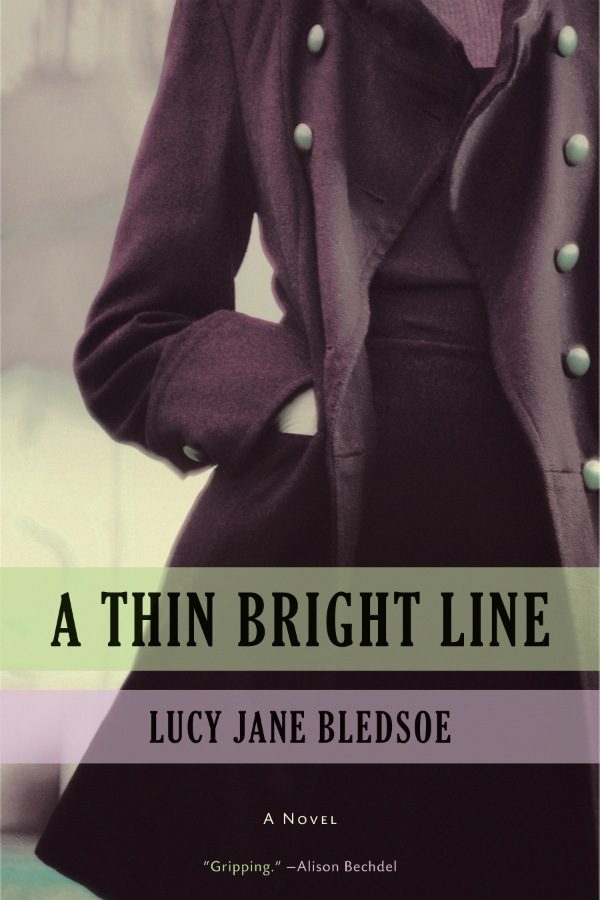 In 1966, when I was nine years old, the phone rang in the dark early morning hours, waking up my household of seven. Moments later I heard my father’s choked sobs. Soon after that I learned that my aunt and namesake, Lucybelle Bledsoe, had died that morning in a fire. She was 43 years old and presumed to be single.

As the years went by after Lucybelle’s death, I wondered about who she had been. My father found it painful to talk about his beloved sister, but I occasionally could get a few intriguing tidbits. She was a voracious reader, able to read twice as fast as my father, who was himself a voracious reader. She wanted to go to law school, but my grandfather didn’t think law was a fitting occupation for a woman. So she skipped law school, but studied for and passed the bar exam anyway.

When I asked my mother about who Lucybelle had been, she told me that she was extremely independent. When I asked her to elaborate with an example, she said that even in the 1950s and 60s, Lucybelle didn’t allow men to open doors for her.

That got my attention. But I knew, even as a youngster, that I had to go easy with my questions. My parents already feared for my level of independence and where it would lead me. Lucybelle’s example – which, after all, ended in early death – was not one they wanted to showcase.

When I was 18, I came out and looked at my aunt’s legacy with fresh eyes. I waited for a moment when I thought I could catch my mother off-guard, and that moment came in an elevator. Perhaps I just had her trapped. In any case, I sprung my question about Lucybelle’s sexuality. My mother answered, “If you’re asking if Lucybelle was…like you…well, yes, I think she probably was.” Before my young heart could soar with this revelation, my mom added, “But I am sure she never acted on it.”

Now how, exactly, could my mother know whether or not Lucybelle “acted on” her lesbianism?

Years went by and I could extract no more information from my parents. Especially as I freely acted on my own queerness and loud-mouthed feminism, they didn’t want to give me any fodder or license from ancestors.

But here’s what tore me to pieces: what if Lucybelle had had a partner when she died? What if some woman was living in Topeka or New York or Seattle, grieving my aunt? If Lucybelle had lived, she’d be 93 today. What if she had a surviving lover?

This question tormented me. But I couldn’t fathom any way of finding her.

One day a few years ago, I was taking a walk with the incomparable Carol Seajay, telling her about my namesake, and she suggested I Google her. Privately I didn’t think much of the idea. Lucybelle died in 1966, just a farm girl from a tiny town in Arkansas who did escape to the city, but died in obscurity. But what the hell, that evening I typed her name in the Google search field. I was astonished by the results.

Though I got only two hits, they were revealing ones. The first was an obituary in the Journal of Glaciology. The other was a 3-page entry in a scholarly volume recently published by Routledge, The Biographical Dictionary of Women in Science: Pioneering Lives from Ancient Times to the Mid-20th Century.

So began my research. These articles told me where Lucybelle had lived and worked, which meant I could find her coworkers. How astonished these men (and they were almost all men as these were midcentury science jobs) were to receive letters and emails from Lucy Bledsoe, a woman they thought long dead.

I began interviewing, via email and phone, people who’d known my aunt. These were some of the most gratifying conversations of my life. I often hung up and just sobbed, so grateful to finally begin to learn who she had been.

But the really unnerving part was learning how much we had in common. Lucybelle worked in a lab, as head of publications, with a scientist named Henri Bader, a man some consider the father of climate change research. His life mission was to pull the first complete ice cores from both Antarctica and Greenland. He succeeded just weeks before her death in 1966. The data from these ice cores are still being studied today. Like me, Lucybelle had a passion for polar ice.

Also like me, I learned from Lucybelle’s childhood friends and colleagues that she’d wanted to be a novelist, that in fact she’d been at work on a novel.

Of course I asked everyone about her “social life,” going easy on my octogenarian contacts who didn’t really want to talk about her romantic proclivities. I usually worked up my courage to ask outright if she’d been a lesbian. Most skirted the question. Her assistant said, “Well, she sure wasn’t the type to go home and make dinner for the hubby.” Three of them said, “You’d have to ask Marge Gow about that.”

Marge Gow was the wife of ice scientist Tony Gow, and I tried emailing and calling her several times. She never answered. I also interviewed Lucybelle’s secretary extensively, but got nothing substantial about her personal life. As grateful as I was to learn about my aunt’s work and personality, I badly wanted to know if she’d been queer.

I just about gave up. Her obscurity was a wall. No one really wanted to talk. Anyway, I questioned my motives: was I trying to force my aunt into a life that didn’t fit, i.e. make her queer just because I was? This was the moment when the work of Stanford historian Estelle Freedman literally saved my project. In her brilliant essay “The Burning of Letters Continues,” she makes the argument that when researching lesbian lives, the lack of evidence is in itself evidence. How throughout history, lesbians have hidden their lives, burned their letters, to avoid detection. This essay rang so true for my research:  every single person I interviewed told me how funny, warm, friendly, and smart my aunt had been. Making me wonder: how could a person like that have no intimate life? The absence of any personal information was most intriguing.

So I traveled to New Hampshire – the site of the lab where she last worked – to interview her secretary and some others in person. What a difference talking to people in person makes! My contacts opened up. It made sense: meeting me, they could see that I was a reasonable person, not some crackpot asking too personal questions. I also came out to folks in this round of interviews, which helped a lot. I learned that the secretary and office manager, both women, in the lab where Lucybelle worked had been a couple. Lucybelle’s secretary told me that she knew “there had been women in her life,” as well.

Emboldened, I tried calling Marge Gow one more time. Others had told her I was in town, snooping around (and maybe that I was actually a reasonable, well-meaning person), and she picked up the phone. She told me to meet her and Tony at Applebee’s the next day.

I was literally shaking as the Gows approached my table. Even before sitting down, Marge said, “I knew your aunt and her partner well. We lived next door to one another, and when Tony was in the field for months at a time, those women were so kind to me.” For two hours, the Gows shared all kinds of details about my aunt and her partner’s lives.

I sat in the parking lot after lunch, called my sister and sobbed out the story. Now I had a name. I knew where they’d lived. I also had the name of the lake where my aunt’s partner had a cottage. When I went back to interview my other contacts again, they all verified the story. They hadn’t told me at first, they said, because they had no idea who I was. Why should they reveal Lucybelle to some stranger from California? All these years after my aunt’s death, they were protecting their friend and colleague. I was moved by their loyalty.

Emma Donoghue writes in her brilliant essay about researching stories from history, which forms the afterword to her collection, Astray, “When you work in the hybrid form of historical fiction, there will be Seven-League-Boot moments: crucial facts joyfully uncovered in dusty archives and online databases, as well as great leaps of insight and imagination. But you will be haunted by a looming absence: the shadowy mass of all that’s been lost, that can never be recovered.”

My joyful moments were countered by that shadowy mass of loss. My aunt’s partner, I soon learned, had died just a handful of years earlier. Had I begun this research a bit sooner, I would have found her, and would have learned so much more about my aunt.

As I dug and wrote, dug and wrote, I wanted, most of all, to find evidence that Lucybelle had lived a happy life, albeit a short one. I knew that she’d been born in 1923. I knew that she’d shot off the Arkansas farm, using the cover of WWII like so many other women of her generation, and went straight to New York. She never did practice law. Instead she got her Masters in Literature from Columbia (and had been enrolled in the program at the same time as Allen Ginsberg).

I desperately wanted to know where she lived in New York. It seemed like a crucial key to her story. I spent hours scrolling through microfiche of phone books at the New York Public Library, but could not find her. This wasn’t surprising: many people at that time didn’t have phones at all, and often one phone was shared by an entire building.

So when I began writing my novel based on her life and, because I’d named Willa Cather the godmother to this novel, I decided to put Lucybelle at 1 Bank Street in the building that now stands in the same location as the building where Cather had lived with Edith Lewis. I liked thinking of Lucybelle in Cather’s space.

I was already a couple of drafts into the novel when my partner Pat and I were in New York, and she insisted we try one more time to find Lucybelle’s real address. A librarian in the basement of the Jefferson Market Branch sent us to the Milstein Division, and told us to ask for Mr. Rubenstein. He was an elderly librarian who helped us for a couple of hours, tirelessly trying different tacks. I was impatient; after all, I’d already tried what felt like a million tacks. Then he brought up a new database the library had recently acquired. Bingo: Lucybelle Bledsoe at 277 West 12th Street, just a couple doors down from the Cubby Hole bar which was there then and is still there today.

And me, once again, in tears. Because this crucial piece of the puzzle was just one more bit of evidence that by shooting off the farm and going straight to Greenwich Village, my aunt and namesake sure was trying, and maybe even succeeding, at having a good time with the handful of years she got to live.

A Thin Bright Line was published by University of Wisconsin Press.

Lucy Jane Bledsoe’s most recent novel is A Thin Bright Line. She is the author of three other novels, a collection of narrative nonfiction, and a collection of short stories