‘I’ll Tell You In Person’ by Chloe Caldwell

‘I’ll Tell You In Person’ by Chloe Caldwell 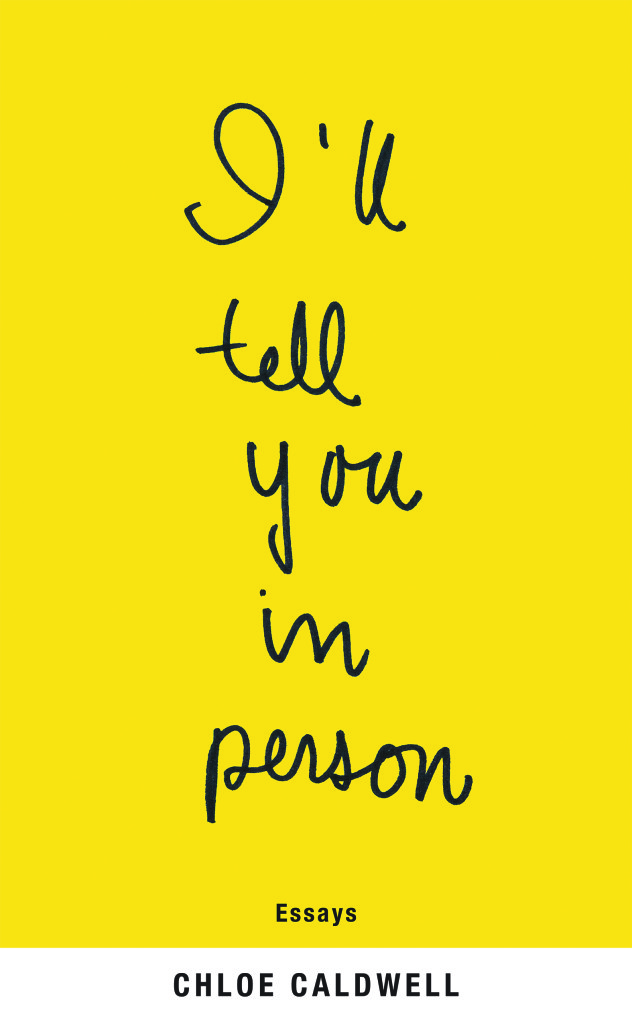 If asked to dispense advice to potential readers of Chloe Caldwell’s latest book I’ll Tell You In Person, it would boil down to a phrase ripped from Jurassic Park—hold onto your butts. While the internet records scattered disputes over whether the line referred to gluteal muscles or cigarette butts, in this case both apply; Caldwell’s collection of essays are nothing if not revealing. Obsessively attentive to both emotional detail and the physical evidence that comprises a life lived in extremes, the essays in I’ll Tell You In Person range across childhood friendships, heroin addiction, disordered eating, bisexual identity politics, mental health struggles, and death, all while wielding the dual scalpels of honesty and wit in the manner of a caffeinated cardiologist.

Remarkably, Caldwell strikes a balance between speech that moves at the speed of the internet (references to pop culture are frequent and deftly incorporated) and fully realized renderings of her surrounding and characters. Often, her essays are embroidered with unflattering self-portraiture, though they just as often seem to deflect judgement of others while still capturing them with stunning acuity; her boss at the jewelry store in “Prime Meats” is classified as a “swift orange-eater,” the teenage cohort in “The Music & the Boys” is portrayed as both casually tender and careless, and the subject of “Maggie and Me: a Love Story” is drawn with unsentimental precision. Friends and conspirators bearing only first names dash in and out of the narratives like stage crew, always seeming to give just enough information and context to keep the protagonist afloat in an otherwise whirlwind landscape.

While the Caldwell portrayed in the body of the essays is busy making rash, dubious decisions, the Caldwell who gives voice to her past has created a work both careful and dangerous. Such essays display a command of the precarious trappings of pop culture and celebrity glitz, underpinned by a mind bent on earnest investigations into the shape of darker human aspects; loss, loneliness, and indefinable want.