‘Drag Teen’ by Jeffery Self

‘Drag Teen’ by Jeffery Self 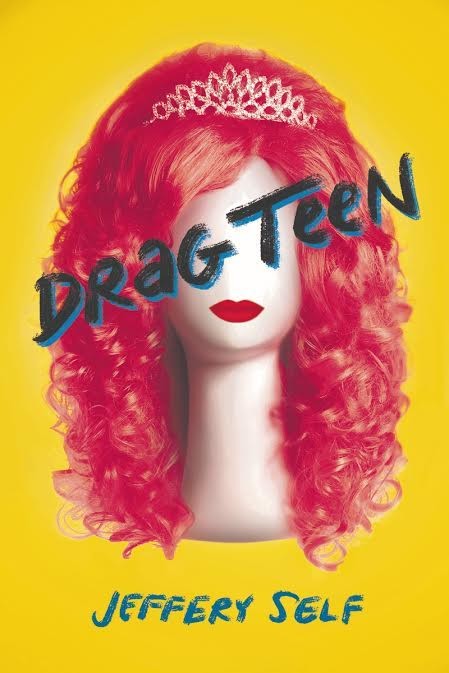 JT Barnett lives in Clearwater, Florida and is pretty much sure he’s going to be stuck pumping gas in his parent’s garage for the rest of his life. His fabulous boyfriend Seth is determined to get him unstuck, all he has to do is convince JT that he has the chops to win the Miss Drag Teen Scholarship Pageant. JT shuts down the hard sell until his last shot at an academic scholarship disintegrates. Seth and his best friend Heather join him on the road trip to NYC. Emotional, financial and physical roadblocks try to snare them along the way leading to an unexpected resolution.

JT may have low self-esteem, but internalized homophobia isn’t the cause. This is apparent on page one, “Being gay is, in fact, one of the only things I actually like about myself.” It’s important to state this upfront, because this book is a coming of age story, not a coming out story. The journey in the novel starts with the key characteristics the John Denton Foundation were looking for in a winning contestant: glamour, talent, heart and soul. These four things JT is certain could never apply to him. JT’s angst is anchored into is body image and feeling like an outsider. His one attempt at drag in the past was a disaster. He was booed and laughed at.

Drag Teen has humor and heart. At first it is difficult to see what JT has to offer his friends through the cloud of his self-loathing and pessimistic view on life and what the future holds for a guy like him. One of the more poignant moments, early in the book is when a drag queen named Bambi tells him that yes, things do get better, but you have to work at changing your life and perspective. It won’t happen on it’s own, but more directly, it won’t happen if JT retains his tight grip on all the ways he feels inadequate and destined for failure.

Though Jeffery Self crafted a unique tale, the characters were often presented in short hand: the beautiful boyfriend with endless optimism and the best friend who commiserates over mutual lack of confidence. These relationships are true to life, but could have been fleshed out more. The glimmers of depth and complexity occur too late into the novel.

It wasn’t simply that JT couldn’t see the good in himself or even understand why someone like Seth would be interested in him, there weren’t any actions that demonstrated JT’s depth. So that the reader could see the disconnect between how JT saw himself and the person he truly was. This could be explained as one of the limitations of a first person narrative. JT couldn’t see outside himself and resolving this character flaw is the crux of the novel. Through adversity and plot twists, JT’s world view does shift. He showed his character through kindness not only to himself but those around him.

One of the strengths in this novel were the unexpected yet awesome adults that showed up on the scene when things were at there darkest. From a late night rescue to a fairy drag mother showing up with exactly what JT needed: kind words, love and a gift that shored up his faltering confidence. The ebb and flow of self-love and confidence will always be a part of JT, but with the love of those around him, he finally gives himself a shot at success.

Drag Teen was not all angst. There were plenty laughing-out-loud absurd moments to switch up the mood; some of them fierce enough to inspire RuPaul-worthy sashay shante runway action. It may have taken a bit of time to truly connect with JT, but in the end, his journey was worth the ride.

Liz McMullen has had a passion for history and world religions since she was a little girl looking up at her Dad as he told her stories. She fed her addiction to politics, history, mythology, and religion while at Mount Holyoke College and during her junior year abroad at Trinity College in Dublin, Ireland. She went backpacking around Europe, visiting all the places she had been reading about. Although her title as the Traveling Where’s Waldo of the family has been retired, her wanderlust lives on in her writing. Liz is an author, mentor, publisher, and documentarian. Her debut novel, If I Die Before I Wake, is a Rainbow Award Finalist. Finding Home won the Young Adult Golden Crown Literary Award (Goldie) in 2016. Through the Hourglass, a Liz McMullen Show Publication, won a Goldie in the Anthology category. It was Book II in the Lizzie's Bedtime Stories Anthology Series.