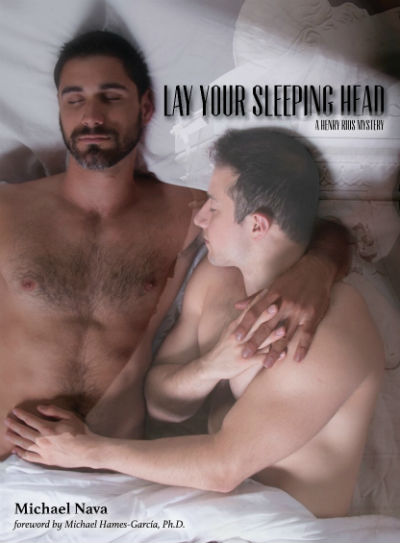 Below is the Nava’s introduction for the new novel, which reveals the history behind the creation of the iconic character Henry Rios.

I became a mystery writer, if not precisely by accident, then not by design. I began writing this book in the summer of 1980. I had just graduated from Stanford Law School, and was cramming for the California bar exam during the day. At night, I worked at the Palo Alto jail where I interviewed arrestees to determine whether they were eligible for release on their own recognizance. There weren’t that many arrests in our sleepy university town. In the down time, there was only so much studying I could endure and so, late one night, I began to scribble a scene in my notebook about a lawyer interviewing a prospective client in a jailhouse room much like the one where I was sitting. The lawyer was as yet nameless and would remain so until almost years later when he became Henry Rios.
But let me back up.

I didn’t read mysteries until I was in college, when I was introduced to them by my beloved mentor, Professor Ruth Barton from whom I took the only creative writing class I have ever taken. Ruth an avid fan of Rex Stout and I consumed all the Nero Wolfe novels he had written to that point. Having exhausted his work, I began to read other American and English mystery writers. I was aware, of course, that these were “entertainments,” but because Ruth had recommended them, I was unaware they were considered unliterary. She was a brilliant Yeats scholar and, while unpretentious, supremely cultured. She would never give me junk to read. (And anyway, hadn’t so magisterial a figure as T.S. Eliot proclaimed that poetry, my undergraduate end-all and be-all, was “only a superior form of entertainment”?) As a reader of fiction, I did not distinguish between “literary” and “genre” fiction. I read novels that gave me pleasure and that spoke to me. Those are still my criteria for fiction.

After college, I continued to read mysteries appreciatively if randomly, hopping from Ross Macdonald to John D. MacDonald, from Josephine Tey to P.D. James. Just before I started law school in 1978, I discovered the novels of Joseph Hansen. At that point, he had published three of his twelve mysteries: Fadeout (1971), Death Claims (1973), and Troublemaker (1975). Although Hansen’s protagonist, David Brandstetter, was an insurance investigator rather than a private detective, the tone was classic American noir as was the setting, Los Angeles and environs.

Fadeout begins with Brandstetter standing on a wooden bridge in the rain looking down at the swirling waters where, a couple of weeks earlier, a car belonging to a man named Fox Olson, insured by Brandstetter’s company, crashed through the railing. The mystery: Olson’s body has not been recovered. Without proof Olson is dead, Brandstetter’s company will not pay the claim.

“Fog shrouded the canyon, a box canyon above a California ranch town called Pima. It rained. Not hard but steady and gray and dismal. Shaggy pines loomed through the mists like threats . . . Down in the arroyo water pounded, ugly, angry and deep.” The mood set, we are introduced to Brandstetter who is carrying a near-suicidal burden of grief. He describes driving across the bridge “with sweating hands. Why so careful? Wasn’t death all he’d wanted for the past six weeks? His mouth tightened. That was finished. He’d made up his mind to live now. Hadn’t he?” And then, a few pages later, we learn the source of his grief: “Bright and fierce, he pictured again Rod’s face, clay-white, fear in the eyes, as he’d seen it when he found him in the glaring bathroom that first night of the horrible months that had ended in his death from intestinal cancer.”

Wait, what? Rod? My pulse quickened.

Brandstetter is grieving the loss of his lover, a man named Rod Fleming. In chapter six, we get the whole story. In a flashback, Brandstetter, recently discharged from the army at the end of World War II, enters a furniture shop on Western Avenue in Los Angeles to buy a bed. He sees, across the crowded room, as it were, a young salesman, short and dark, with a dazzling smile. “ ‘I want you,’ Dave thought and wondered if he’d said it aloud because the boy looked at him then, over the heads of a lot of other people. Straight at him. And there was recognition in the eyes, curious opaque eyes, like bright stones in a stream bed.” The young salesman, Rod Fleming, sells Brandstetter a ridiculous white wicker bed which he ends up sharing with Brandstetter for the next twenty-three years until his cruel, painful death six weeks before Fadeout begins. 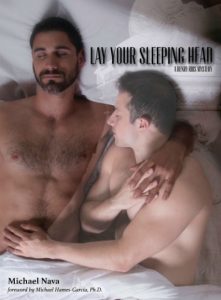 How can I explain to younger people the impact of Joe’s work on a gay reader like me? Maybe some context helps. I read Fadeout in 1976 or 1977. At that time, there was not a single city, county or state in the United States where an employer could not legally have fired me for being gay or a landlord not refused to rent an apartment to me. Indeed, in almost every state, I could have been imprisoned for having sex with another man. The American Psychiatric Association decreed homosexuality was no longer a mental illness in 1973, and California had only repealed its sodomy law in 1974. Even so, almost universally, gay men and lesbian women were still outlaws, widely regarded as sick, sinful or criminal. Yet here was a brave, loyal and competent protagonist in a genre in which gay men had been relegated to evil caricatures. I was hooked.

In 1979, I entered Stanford Law School. In my first year, I met a young lawyer named Matt Coles. Matt, then twenty-eight, shared office space on Castro Street, and sometimes collaborated with the first gay legal organization in the country, Gay Rights Advocates. He came to Stanford to give a talk about the legal rights of gays and lesbians which were, in 1979, basically nonexistent and we briefly dated.  (We remain friends after all these years.)

One of our shared passions was for mysteries. As we lay in bed or ate breakfast at Coming Home restaurant on Castro Street, we concocted the plot of a mystery novel we would write together about a young gay lawyer. Although we never got around to giving our protagonist a full name, we did come up with a title for the book: The Little Death, a double-entendre that alludes to both murder and ejaculation. We thought it was a clever gay twist on a classic noir title. Matt reminded me recently that the plot of our novel involved a massive insurance scam but all I remember is that at one point our hero stumbled into a notorious leather bar on Folsom Street called Febe’s.

Midway through my third year I was hired at the Palo Alto jail to be the “O.R.” or own recognizance officer, a job I described at the beginning of this essay.

I loved the jail. After three years of sitting in the back tiers of Stanford’s amphitheater classrooms and trying to care about the Rule Against Perpetuities and the Administrative Procedures Act, here was the law operating at its crudest and most compelling level. Palo Alto’s jail was a windowless collection of cells and rooms in the basement of City Hall. I sat at a beat-up wooden desk in a big room between the reception area where prisoners were brought in through a sally door and the cell where they were strip searched. After being dressed in jumpsuits, they were either brought to me to be interviewed or I was called back to the holding cells to talk to them.

The atmosphere of the jail was relentlessly male and, from my point of view, unmistakably homoerotic. The jail was permeated with the raw stink of men, what I would describe in The Little Death as “a distinct genital smell.” I had encountered that stink in only one other place—the gay bathhouses in San Francisco. Also evocative of the bathhouses was the scene in the strip search cell—a group of men watching another man strip and display his body in postures that included bending over and spreading his cheeks. I tried, as the nuns had admonished us in catechism class, to keep “custody of my eyes,” but I couldn’t help but peek from time to time. To a horny twenty-three year old gay boy, the jail could be a bizarrely sexy place which was undoubtedly one reason I liked hanging out there. But I also liked the realness of the place, the cynical and casually profane jailers, the corn-rowed trustie who sullenly mopped the floors in the middle of the night, the vile decaffeinated coffee that was all the inmates were allowed to drink, the inmates themselves, some touchingly young and innocent appearing, and others who looked like they had been there cheering on the snake when it talked Eve into biting into the forbidden apple. After years of reading noir novels, I felt as if I had stepped into the pages of one.

And so, one June night in 1980, I began to write what became the first pages of The Little Death. They were my homage to those opening scenes in classic noir fiction where the beautiful, seductive dame shows up at the private eye’s shabby office with an implausible story and troubles no sane man would want to touch. But in my scene, the private eye is a burned-out, gay public defender and the dame is a handsome gay boy brought in on drug charges who claims to have no memory of the events that led to his arrest. The lawyer is skeptical but also, in classic noir style, immediately smitten. And that, for the next four years, was as far as I got.

The essay in its entirely appears as the Author’s Note in Lay Your Sleeping Head, the reimagined version of The Little Death which will be available from Korima Press in fall, 2016