‘At Danceteria and Other Stories’ by Philip Dean Walker

‘At Danceteria and Other Stories’ by Philip Dean Walker 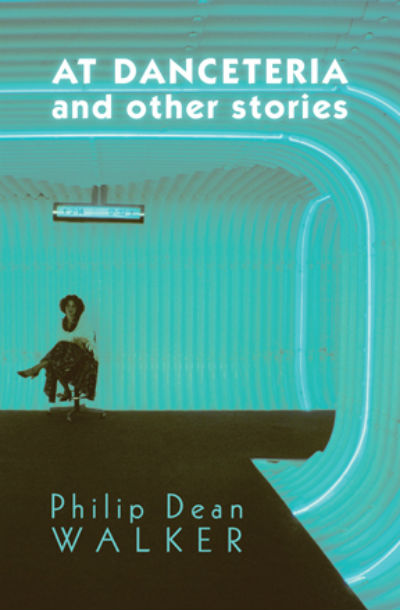 If the “San Junipero” episode of Black Mirror’s Season 3 whetted your appetite for queer 1980s nostalgia, then you’re going to want to make a meal of Philip Dean Walker’s At Danceteria and Other Stories (Squares & Rebels).

The slim volume is the Washington, DC-based writer’s debut story collection and takes for its inspiration the heady mix of sex, celebrity, and sinisterness inherent in the ‘80s in cities like New York, DC, and London. Six of the seven stories in At Danceteria conjure the ghosts of deceased celebrities and reimagine them in unique settings. Between this book’s covers you’ll find Halston (who’s coyly reference in many of the stories that follow) and Liza Minnelli at Studio 54; Rock Hudson at the White House; Freddie Mercury and Princess Diana at a drag show; and Jackie O at a hardcore leather bar.

It’s a testament to Walker’s sense of restraint that he resisted the understandable urge to layer too much camp upon these venerated gay icons; the strength of the stories lies in their plausibility as unguarded moments between legends.

But it’s not all frivolity in Walker’s world. The very real specter of AIDS hangs over each of the stories like a serial killer in a horror movie lurking just outside the frame—it creeps around the edges, lending an air of foreboding to even the most exuberant scenes.

The one exception to this model, in that it deals with anonymous, everyday people rather than celebrities, and grapples with the AIDS crisis directly, is “The Boy Who Lived Next to the Boy Next Door,” the book’s central—and strongest—story. In it, the unnamed narrator perfectly captures the confusion and panic surrounding the beginnings of the epidemic, but with a twist.

Rather than considering this new disease a gay cancer, our guide to this world hypothesizes that it’s some sort of “Hot Guy Flu,” since only the most attractive men seem to be succumbing to it. This creates a bizarre scenario in which average-looking men suddenly become the most desired for their assumed uninfected status and, in one notable encounter, an unpopular friend of the narrator pretends to be sick in order to appear more sought-after and sexually active than he actually was. The lives of non-model-esque gay men are already largely overlooked by most mainstream and queer narratives, and Walker’s unconventional and empathetic look into this particular subset of the LGBT community at the dawn of the AIDS crisis is indicative of his originality and artistic potential.

At Danceteria and Other Stories is a quick read, and one that can be relished by those who lived through the era it so lovingly documents and those who came after it alike. And, if “The Boy Who Lived Next to the Boy Next Door” is any indication, Walker is an exciting new voice—one that I’m looking forward to hearing more from in the years to come.