A Conversation Between Poets: Lynn McGee and Elaine Sexton on Loss and Love

A Conversation Between Poets: Lynn McGee and Elaine Sexton on Loss and Love 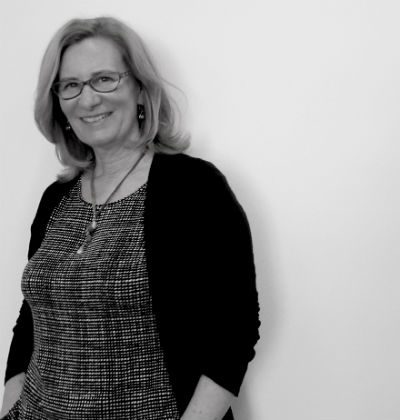 The intrepid poet Lynn McGee reviewed my recent collection of poetry, Prospect/Refuge, for this site a few months ago. After reading her gutsy new book, Sober Cooking, her first full-length collection, I proposed this interview as a way to pose a few questions and make some critical observations. Often a critic has questions she obviously can’t ask in the process of reviewing a book, so I invited Lynn to do so here, creating a hybrid interview that is, in part, also a conversation about the thinking behind our two new collections of poetry. – Elaine Sexton

Elaine Sexton: Lynn, you are so great with titles. I’d like to first ask you about the title of your new book, which comes on the heels of Heirloom Bulldog, a chapbook, published just last year (2015). Sober Cooking as a title is another slam dunk. The two words–sober cooking–marry the idea of waking up from a stupor with that of something still stirring. What does Sober Cooking say about the poems in this collection?

Lynn McGee: The title Sober Cooking came about in a more emotionally connected way than Heirloom Bulldog. The poem itself is a meditation on the healing impact of small daily rituals, like chopping vegetables. For me, appreciating the tactile experience releases memories and is very calming. The book spans a difficult time in my life; losing a partner when she went into the hospital and being cut off from her, losing my father at the same time, and fearing I would lose my mother as her own health took a scary turn while he was dying. And of course, as everyone eventually finds out, losses in the present awaken losses in the past, so the book also contains a couple poems about my sister who died almost 20 years ago when she was a young woman.

But I hope it isn’t a book that seems only about loss, because putting together the fragments of my experience revived me, in a sense. I became hyper-aware of the need to stay focused and not space out as I crossed the street, for example, in my cocoon of pain. Writing the poems let the part of me that could function well, pull the rest of me along.

Elaine, the title of your new book, Prospect/Refuge, is interesting to me because the two words, linked with a backslash, enable them to suggest a larger whole than their separate parts. It creates expectation, the prospect of refuge and shelter. I also see “prospect” and “refuge” as different phases of the same experience: Love? Loss? Reading your book, I feel the excitement of the prospect of love, as in “Passione,” when the speaker pulls a lover’s fingers through her own hair, or “Take Another Piece,” in which someone calls another person at the table “darling,” but looks at the speaker while saying it.

ES:  A painter & book artist I met at a residency in France, Julie Baugnet, introduced me to “prospect-refuge theory,” a theory of geographer Jay Appleton, popular in the 1970s. The minute I heard the two words together, before I had any understanding of the concept, something clicked. This theory seemed to apply, not only to a landscape aesthetic, but to my experience of poetry and to the harmony or disharmony in relationships, the subject of many of the poems in this book. In both poetry and relationships delightful satisfaction occurs when the prospect of experiencing something unexpected, open, inviting, meets that of refuge, finding sanctuary, a place where we find ourselves at home. I appropriated the term as a title for my book, and replaced the hyphen with a virgule ( / mark) between the two words to distinguish his theory from my interpretation of it.

And speaking of relationships and home, at its core of your book, Sober Cooking, is made up of complex love poems and leaving a home. It opens with “Scar,” in which the speaker is taking “all kinds of permission” exposing the psychodynamics of love-making, and ends with the lines: “I feel/ that tender rush, as you/slow us down.” This poem is soon followed by another poem of volition, “Prey”:

and who hasn’t raced

across that field, felt that shadow,

life about to change in ways

from the ballasts we relied on,

or imaged were there.

This push-pull gesture gives life to many of your poems. Is this a deliberate or unconscious structural move? Would you say a few words about the impetus behind these two poems and this gesture in others like them? 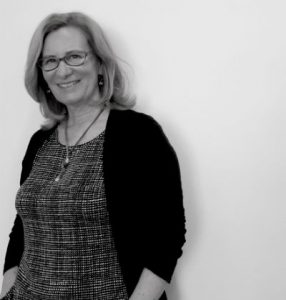 LM: The push-pull gesture you describe captures a feeling I had in writing many of the poems, of wanting to face something and also wanting to look away from it; of wanting to appreciate the peaceful, safe times and yet show respect for the fact that things can change for the worse at any moment.

In “Scar” there is foreshadowing of the medical emergencies to come–one of the lovers has had a bilateral mastectomy–but the poem is about intimacy. It is also about trust. The partner with the “scar” sets the pace of the exchange by “slowing it down,” an act of control the other partner has given her permission to take.

In “Prey,” the push-pull gesture is set up as Cary Grant runs across the field, and its openness–which gives depth of vision and many choices of direction–is actually a kind of trap. The point is, danger can come out of any unexpected place, but there are also times we can feel its approach if we let ourselves. To see clearly, and in the process, see the beauty in small things feels like a gift, to me. I would suggest this is the reconciled worldview of a survivor–we have all survived something, large or small, and we can either be more hardened or more opened by it. 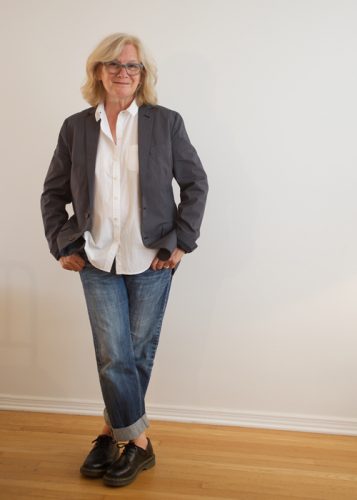 ES: The poet Octavio Paz once commented on the enormous power of reticence in the poetry of Elizabeth Bishop. Hers is a poetry in deep contrast to her contemporary, Anne Sexton, a poet of unabashed candor. I would say, of the two, you are in the Sexton camp. At the heart of Sober Cooking is the vivid “story” of the speaker being shut out of the life and care of her lover. Life and death and love are literally and intimately the core subject of this book, as in “Our First ER,” in which, this time, the speaker, herself, is hospitalized, and the lovers bond over signing a health care proxy. What is your process in choosing what to include, what to leave out of autobiography, material that informs so many of these poems?

LM: I chose poems that seemed to mark the milestones of that time in my life, that provide key scenes in the story I was telling–less carefully strung together than a film would be, but still, in a certain order to create pace and impact and have a kind of narrative arc.

Then there are poems that are more philosophical, like “The Usefulness of Storms,” or reflective, like “The In-Between,” that serve as aftershocks of the more emotionally visceral poems; they show the moments of clarity and the epiphanies we are awarded when we pass through a hard time and then, from a little more distance, look back on it.

“The Usefulness of Storms” is very measured and has three “acts”: observation, admission, reflection. The reader is led slowly, with short lines, to the place where the speaker “loves precipitation.” In the end, the poem helped me articulate an appreciation for storms that move us along in our lives.

“The In-Between” was something I wrote while watching a friend’s cat, an animal whose jumpiness was like my own as my then partner waited for her heart, finally having made it to the top of the transplant list (she was strong enough, by then, to call me and we were in close touch by phone). I wonder to myself if the longer more conversationally lengthened lines are an attempt to create normalcy.

ES: I’m thinking of the role of stars in your poems, as in the last stanza of your haunting poem “Flight Path”:

and my fear, jagged, creaking ship

loosens from its moorings,

is pulled piece by piece

into the cold sky.

And “I am a cold star opening in a new bed,” in another poem, one of your more chilling lines, somehow hopeful (the new bed?), but still chilling. I think the speakers in both your book and mine share decidedly different but parallel takes on the tightrope of love as a subject. What is it about stars that appeal to you as a trope? What is the takeaway, the sum of this collection if you had to offer a summary.

LM: I would say the takeaway is, look at both cruelty and love in a cold light. You can steer the way they change you.

We’re always starting and ending phases of our lives. When I wrote “Cold Star,” I felt as if I were hurling in space, leaving the home I had had with a partner and trying to make for myself, a good place to land. I had lived with an earlier partner for almost ten years, and then from 1999 to present, moved nine times–not counting temporary stays that lasted a few months.

Moving has been a pattern of my life, since childhood. But in “Flight Path,” I am static, and the world is moving around me–literally, in the sense that my balcony in Brooklyn looked up to face the flight path to LaGuardia, and I used to sit and watch the planes pass over, high enough to be silent, but close enough to be a blinking, fast-moving star.

I liked that feeling of not only being centered, but being the center. It was a way of turning loss into something else

Elaine, my earlier review of your book, Prospect/Refuge, focused on the resonance of its images and was kind of an analytical read, though I felt incredibly moved by the poems, as I was writing about them. This is a book that seems to say, with subtle beauty that hits deeper each time I return to it, “This is how it happens. This is how you find and lose the things that are more important to you.” I felt that message in many of the poems, including “Suspect”:

Even in this heat the moon drops a kind of frost, making

everything look the way love looks losing light, the dark

as sharp as what’s lit – with no one to watch over it.

Does this relate to what you see as the book’s takeaway?

ES: Thank you Lynn. I hadn’t thought of this poem as particularly uplifting, in fact “Suspect,” speaks of a kind of desolation. Whereas I do think the poems in this collection, as a whole, point to a way out of that state. But your earlier observation, about the poems working out of: this is how it happens, rings true. I’ve come to see awareness or willingness to be aware as the embodiment of prospect, and what is made of that awareness as a kind of sanctuary or refuge.

Elaine Sexton is the author of three collections of poetry, most recently Prospect/Refuge (Sheep Meadow Press, 2015). Her poems & reviews have appeared in Art in America, American Poetry Review, Poetry, Poetry Daily, and O, the Oprah Magazine. She is a member of the National Book Critics Circle, and teaches text and image workshops at Sarah Lawrence College, New York University, and privately. elainesexton.org