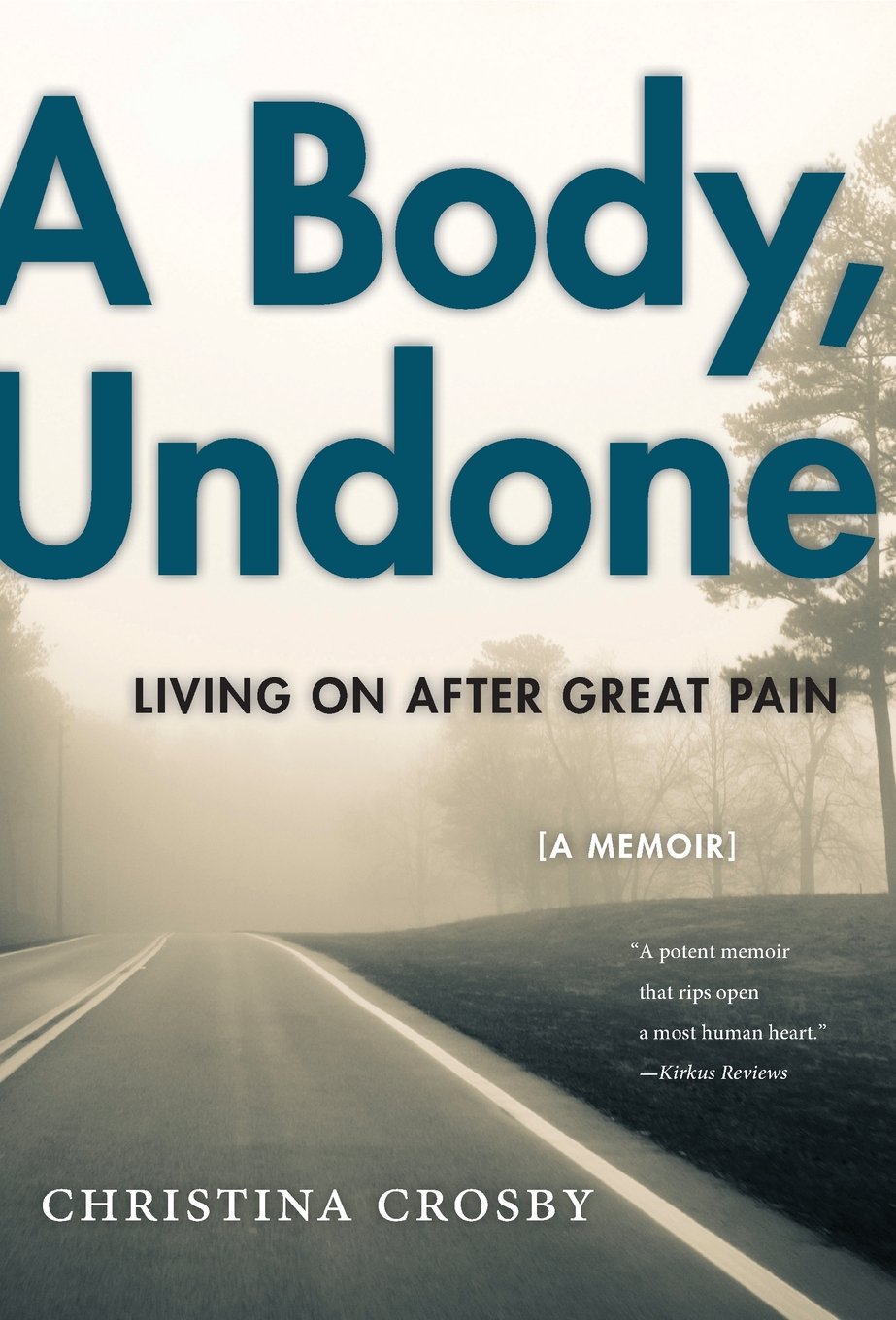 ‘A Body, Undone: Living On After Great Pain’ by Christina Crosby

‘A Body, Undone: Living On After Great Pain’ by Christina Crosby

Christina Crosby ‘s 2016 memoir of catastrophic spinal cord injury A Body, Undone: Living On After Great Pain consciously echoes Emily Dickinson’s After great pain, a formal feeling comes — a poem that Crosby introduces as the book’s epigraph. The narrative begins with the writer’s 2003 bicycle accident, an event that occurred 29 days after her 50th birthday and left her quadriplegic.

A Professor of English and Feminist, Gender and Sexuality Studies at Wesleyan University, Crosby, a longtime lesbian, reveals her knowledge of literature, queer theory, and feminist thinking in her unflinching examination of her life after the incident that she describes in a chapter title as “Falling into Hell.” Crosby recounts the immediate aftermath of the episode as follows: “There’s no knowing right away what impairments will result from a spinal cord injury, but as the days passed, it became clear that I had lost the use not only of my leg muscles, but also the muscles of my torso, arms and hands, and that the loss of muscle compromised my body’s circulatory systems. I also lost control of my bladder and bowels.” In this condition, after five months of rehab, Crosby was discharged into the “care of one, ” her partner of six years. Although friends and medical workers helped and Crosby’s workplace was accommodating, the memoir recounts the unremitting struggle that ensued. The prose sometimes sparkles with insight as Crosby declares that “The roiling, unconscious underside of family life is beyond the reach of reason” or wryly observes that “Process is . . . stereotypically a lesbian way of life.” Her political analysis never seems to falter as she explains, apropos of her niece’s heterosexual wedding:

Gay marriage might have been an opportunity to rethink the institution, but I don’t see that happening—I see instead the same focus on “personal responsibility” and private life. Child-rearing is the nucleus of the nuclear family, whether parents are straight or gay and that’s been privatized, too, with the disappearance of subsidized, affordable day care and hollowing out of public education by private charter schools. This festival of normativity and so-called private life, and the narrative of “progress” that goes with it, suggests that there is no other way to organize sexual relations and social life than the nuclear family, no other way to love or bring children into the world and help them grow up.

While one may agree or disagree with Crosby’s views, what emerges most clearly from A Body, Undone is the writer’s sharp mind and uncompromising honesty as she approaches not only the details of her paralyzed physical condition, including a chapter on the logistical negotiation of bowel movements, but also other subjects such as her brother’s death from multiple sclerosis, and her changed sexual life with her partner Janet. Chapters also consider such matters as the writer’s former athletic activity, alcohol consumption, Anabaptist upbringing, and current and former canine companions.

Crosby rejects the typical disability narrative’s trajectory of improvement and uplift, affirming instead an existence of ongoing literal pain and psychological stress. Yet her last chapter entitled “Living On” records her hard-won accomplishment of being able to turn the page in a book by finally acquiring the ability to grasp a pencil. Crosby ‘s tearful words “I have my life back” provide a sense of one person’s struggle to come to terms with impossibly challenging circumstances. Though A Body, Undone can be very intense at points and difficult reading for that reason, Crosby’s clear-eyed account also provides rich reflective moments. I commend it to you as the record of one courageous contemporary lesbian life.

Spider Love Song and Other Stories by Nancy Au
'The Galaxie and Other Rides' by Josie Sigler
'Rubber Baby Buggy Bumpers' by I.E. Woodward