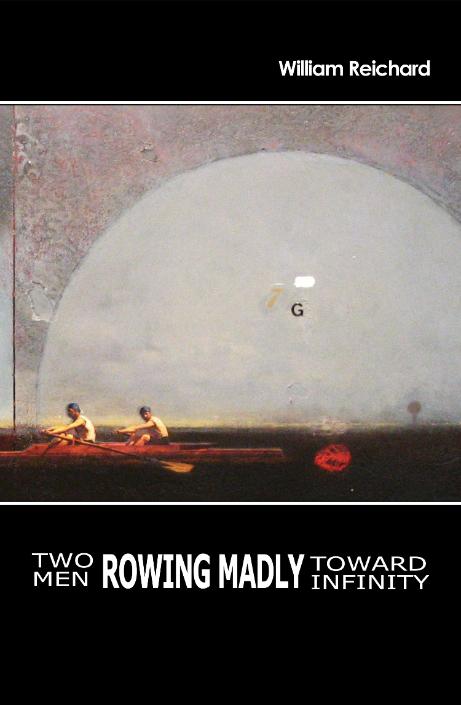 William Reichard is a poet of silence. These poems draw from both the Midwest of his rural youth to the cultural maturity of his later years as a gay writer. They are populated by deserted Nebraska farms, wildflower prairies, frozen lakes, and spring pastures. The people who live there have hard lives of humble means.

Many of the early poems in the collection convey the sensitive boyhood of the poet, touching on his life on the land, his early awakening of homoerotic love for a childhood friend, and the loss of his sister to lung disease. These are intimate narrative poems, plainspoken and delicate in their use of natural imagery. The poet has an easy musicality; the works are expertly crafted, measured and evocative. They avoid the impulse toward nostalgia by their undercurrent of realism and the speaker’s poignant questioning about death and mortality, the ephemeral nature of the past, and the existential present.

Pleasures are to be found in poems such as “Horses in Snow” where deft description is soft and lyrical.

Fading dusk turns the snow into stars,
the sky and the horizon line into
a black dome. The only world I know
exists in the twin beams of my headlights.
I’d forgotten what it’s like, driving
a country road in a blizzard, the way
the wind swirls the snow across the road
in eddies, like water on a troubled lake

And “Still Life (Without Us)”:

Its worn wooden handle proof of years of use.

The tabletop bare, save for the plate, fruit, knife.

But it is not only the pastoral voice that inhabits his work. “A Trip Down Market Street” speaks of a visit to San Francisco. In this poem, the disaster of the 1906 San Francisco earthquake is powerfully linked with the disaster of the city’s AIDS crisis. The poet frames his poem in the context of silent film images from the early 1900’s to the AIDS years of the 1980s with its “wonderment of bodies/ with flesh that had never known the cold.” It is “The age of AIDS,” when “Men on the streets were thin, aged decades/ in a month, had fierce, burning eyes.” and the poet confesses that “I had never felt so frightened or so free.” “The streets pulsed with possibility […]” and “This was a city/ that seemed to say yes to everything.”

This trope of the poet as an observer studying the detailed past as though reviewing photographs is used several times in the collection. Be it the detailed depiction of a truck stop diner in “Truck Stop Diner, North Dakota, June 1973” to the final photo negatives of doomed explorers in “Antarctic Expedition, March 1912.” The poet tries relentlessly to remember and preserve what has been lost.

As the speaker says in “S.O.S.”, the final poem of the collection; after listing various fatalities from space flight: “History may/keep them, but we forget history./A friend said, no one is dead/ as long as the living remember. / I don’t know how long that is.” Then he writes:

This solipsism reflects the darkness and silence, which border these poems as well as the isolated feelings that haunt the landscape. Loss and emptiness are two of the shadings in Reichard’s palette. As he writes in “Midwest Landscape: Empty Farm” after describing the scene of an old barn, memories of playing in the hay loft, and the family that lived there: a “girl my age, was widowed young/ when her husband contracted AIDS”:

No one thinks about that anymore.
Students who are less than half my age
don’t know anyone who is sick,
no one who has died. It was [AIDS]
that ruined my youth. The farmhouse,
like the barn, is failing.
The landscape is dotted with spaces
like these, empty places where it seems
the families simply changed their minds.
Got up one day and left.

But amid such darkness there is an element of hope. In perhaps the most moving poem in the collection, “Two Young Men in Another Country,” which is an elegy to two young gay men in Iran (Mahmoud Asgari and Ayaz Marhoni), who were executed by hanging for being “sodomites,” Reichard writes:

what they wanted to do. May their lips have known
one another, their tongues together, tangling slowly.

May they have seen one another naked, erect,
made love in the heat of the day, the light’s rays

painted across their bodies. May theirs not be
a thwarted love, a longing only. Let them

as the crane’s arms raises, turn to face each other,
and leave this world with open, loving eyes.

This poem joins with two other effective elegies, both for the poet’s deceased sister. These are “The Crows” and “Linda, on her birthday.”  In “The Crows,” we are told that crows hold a vigil for those dying among them and then “fly off alone” after the bird has died. Reichard compares this to his own vigil for his dying sister. The poet “get[s] up slowly, and quietly walk[s] away” from the isolated image of his ailing sibling asleep on a couch.  In “Linda, on her birthday” the poet imagines his sister as still alive though she died at age thirty. The poet asks, “Would she recognize me?” He reports

When she died I was a skinny boy.
I knew nothing of the world.

Now I know more and would tell her,
but she isn’t here to tell;

she has nothing left to say.

This is a collection of quiet growth and beautiful transitory moments. Reichard is a silent Adam leading us through the fallen Eden of his past. He is the soft-spoken conscience of a lost world.

Christopher Bram: Charting the Outlaws
'In One Person' by John Irving
Queer Ladies Literary Speed Dating, 'When Literature Was Dangerous,' Words Without Borders' Pride Is...