‘They May Not Mean To, But They Do’ by Cathleen Schine

‘They May Not Mean To, But They Do’ by Cathleen Schine 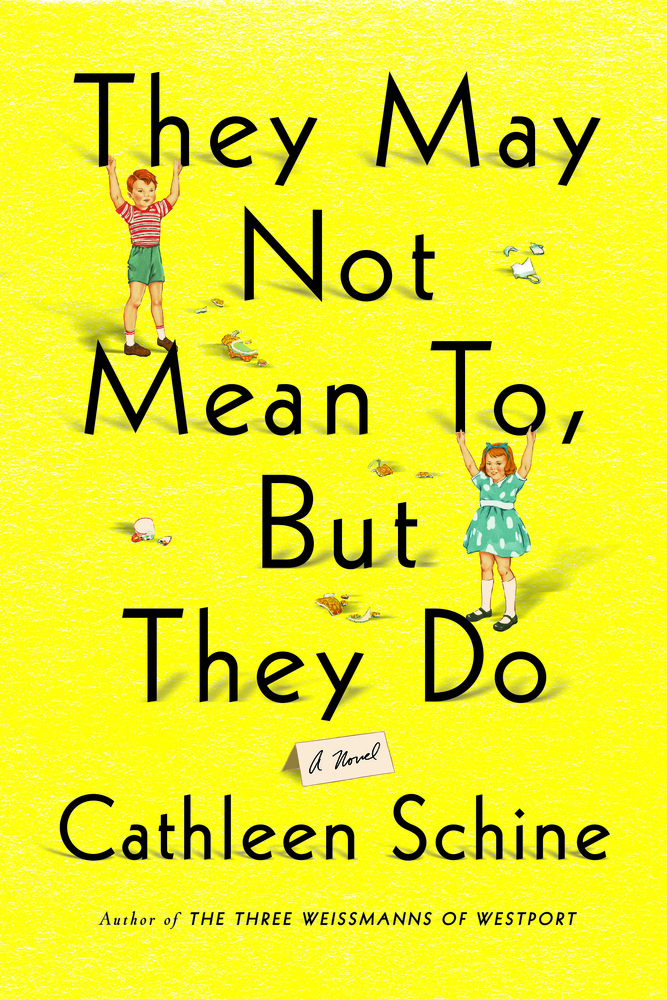 Cathleen Schine’s They May Not Mean To, But They Do is a novel about reasonably pleasant people to whom nothing much happens except time, in all its ordinariness and brutality. That starts off as a weakness but, by the book’s end, turns into its core strength.

Given the Philip Larkin epigram that also lends the book its title (They fuck you up, your mum and dad. / They may not mean to, but they do), one might arrive expecting a somewhat darker look at family dynamics. In truth, nobody in this story of two octogenarians and their offspring—as devoted New Yorkers as they are casual Jews—is notably fucked up. In a moment of loneliness, it’s the matriarch, Joy, who invokes and inverts Larkin’s couplet, swapping in in “your son and daughter.”

But even Joy knows that her kids haven’t done anything so terrible. It’s true that they’re both more and less involved in Joy’s life than she’d prefer as she copes with her husband’s dementia and then death: more prone to judge her increasing disorganization, less physically and emotionally present.

Daniel lives nearby with his wife and precocious kids and does about what can be expected given that he’s a son, not a daughter. By comparison, Molly is the wayward child, having mystified her mother by leaving a perfectly good husband and marrying a woman in California.

Joy’s genial puzzlement in this area lends the book some of its funniest moments, likely to resonate with any woman equipped with both a wife and and elderly relatives. Joy refers to the couple as “The Two Girls,” and, for a holiday present, gives them “an opal and silver ring she’d found that Molly had liked as a child, she told them they could share it, there had to be some advantage to having your daughter marry a woman.”

At first it seems that Molly will be our primary guide through the book’s tour of old age and the way younger generations bob uneasily in its wake. But she never comes fully into focus: she’s a well-meaning and dutiful daughter, a bit of a meddler with a compulsion to tidy up messy surfaces and situations. What we see of her interior life is devoted mostly to her family—understandable, given that her senile father’s pastimes have started to include pantsless strolls through Manhattan. Still, as a dramatic center, she’s a little dull.

So it’s a relief when we realize that the animating consciousness of the story is really Joy. Schine takes pains early on to inform us that Joy is an extraordinary character who has always fascinated everyone around her; she’s “radiantly beautiful,” fathomlessly complex. This is not necessarily convincing, and in the end it’s simply not necessary: Joy is most compelling when she’s giving us an inside view of the universal absurdities of aging and grief.

Once her husband dies, the pace picks up and the humor gets grimmer. “Someday they would understand,” Joy muses about her children, who desperately want to believe in Joy’s façade of resilience. “They would feel sad the same way she felt sad about her own mother, about all the ways she had not been able to understand until she, too, was old. If only everyone could be old together.”

As a balm for sadness, Joy has her beloved New York City, a setting Schine handles nicely. Yes, it glows with nostalgic glamour and a “cosmopolitanism” that, for Joy, manifests mainly in the army of kindly immigrant caretakers and service workers conscripted to help her navigate her days. But it’s also shaded with the dinginess of growing old in such a city. Joy’s fridge is filled with half-covered morsels from the sad deli dinners she parcels out over days; the family apartment with its pullout couches that don’t pull out and oven doors that don’t open all the way feels deeply inhabited, not lifted from sitcoms or Salinger.

She knows the world has other ideas about how the elderly should live, but Joy fights to stay in the city even as she’s cajoled to move in with Molly in California, where a therapeutic rescue chihuahua and adult tricycle await. New York is her home—and it also happens to hold an old flame who reappears on the scene after her husband’s death.

There are many roads a plot development like that could travel down. The one Schine chooses is both non-obvious and highly in character for the sharp old woman who, by the end, has laid full claim to our sympathy and devotion. Clear-eyed and warmhearted, They May Not Mean To, But They Do is a book to make you call up whatever elders you may have and call on the memory of the rest.

'Write That Down, The Comedy of Male Actress Charles Pierce' by Kirk Frederick
'Zakkum: A Graphic Murder Mystery' by Beldan Sezen
Jughead Comes Out, Trans History, and More LGBT News