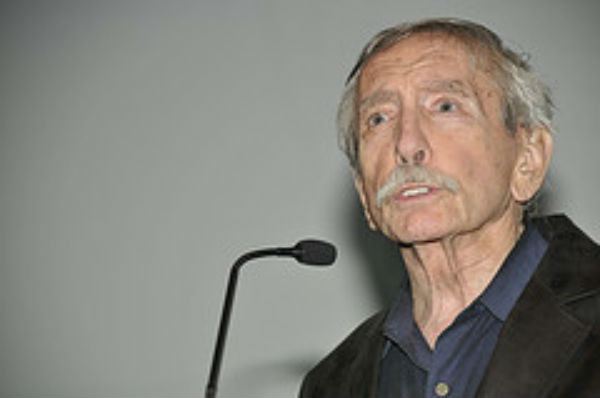 The New York Times is reporting that playwright Edward Albee, writer of the critically acclaimed and controversial play Who’s is Afraid of Virginia Wolf, has died. He was 88 years old. The cause of death has not yet been disclosed.

A game-changing playwright, Albee’s plays cannily examined modern malaise with an intellectually rigorous, unsettling, and sometimes confounding eye. Albee was considered one the best playwrights of his generation. His plays include The Zoo Story (1959) and his Broadway debut Who’s is Afraid of Virginia Wolf (1962), which was later adapted into a celebrated film directed by Mike Nichols, starring Elizabeth Taylor and Richard Burton.

Edward Albee, widely considered the foremost American playwright of his generation, whose psychologically astute and piercing dramas explored the contentiousness of intimacy, the gap between self-delusion and truth and the roiling desperation beneath the facade of contemporary life, died Friday at his home in Montauk, N.Y. He was 88.

His personal assistant, Jakob Holder, confirmed the death. Mr. Holder said he had died after a short illness.

Mr. Albee’s career began after the death of Eugene O’Neill and after Arthur Miller and Tennessee Williams had produced most of their best-known plays. From them he inherited the torch of American drama, carrying it through the era of Tony Kushner and “Angels in America” and into the 21st century.

Remembering Cheryl B
Daniel Mendelsohn: Beyond Borders, Beyond Identities
Edmund White & Roxane Gay to be Honored at 30th Lambda Awards