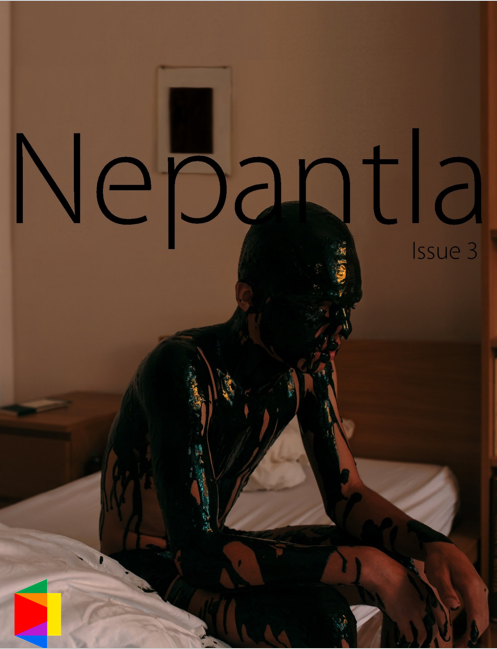 “For me that is success, to be able to speak with one another with our best intentions. I always see that as the end goal, to reach humans. Success is when the world becomes a vehicle for the work.”

This interview was conducted for Nepantla: A Journal Dedicated to Queer Poets of Color which will launch on September 16, 2016 (on the Lambda Literary website).

Sitting with Ocean over a friendly dinner, I sprung out the question, “Hey, I’m starting to edit Nepantla Issue #3. Can we do an interview together?” He said yes. Thus, this interview happened on the impromptu on a walk back to Ocean’s house, after dinner. The recording is interrupted by cars on the street, running into Peter (Ocean’s partner) on the sidewalk, a neighbor who doesn’t want us on the stoop. This interview feels like home–two friends sharing life and chatting about the craft we love.

Can you tell me a bit about your use of repetition within your new book (Night Sky with Exit Wounds)? I’ve heard our mentor, Yusef Komunyakaa, refer to repetition as a rallying cry. I was wondering how you relate to repetition?

I’m interested in how a word changes. A lot of times we are told that words have definite meanings, an economy that gets exhausted in a certain space. I was hoping to explore that perspective and see how a word can garner different contexts and pressures based on what surrounds it. For example, in one of my poems I say “good or bad” twice. The first mention is very comical, the second mention is much more serious. I’ve learned that language is very malleable and there is a limitless ability to change it, depending on what you do in the space between repetitions.

I’m also interested in the use of American pop culture within your work. You reference John F. Kennedy, Whitney Houston, and other pop figures. Can we talk about your relationship to Americana?

I guess, this is an attempt to gather all of the paraphernalia that is vital to me so that it’s not just paraphernalia. I’m trying to find meaning in these Americana signals and beings that exist. I was very interested in JFK because he is an American president who was one of the main orchestrators of the war in Vietnam, the war that killed up to 4 million Vietnamese people. What happens when a man like that is not even safe? So I wanted to speak through the person who was closest to JFK, which was his wife, Jacqueline Kennedy.

It was a challenge for me to step into the voice of a white women but I realized that there was a common ground for us and that common ground was the destruction of the bodies that we loved. And through violence I saw a moment where, ironically, a woman of her status was feeling the same as someone who comes from the lineage of a Vietnamese peasant. I was interested in how far I could stretch pop culture into the personal ruptures that happen. Whitney Houston is another example. She died a very human death, of addiction and in that poem where she is mentioned, I am thinking about the overdose of friends that I grew up with. When I use pop culture it is usually an attempt to find common ground. Andy Warhol uses pop culture similarly. He was obsessed with Coca-Cola. He said a king in Saudi Arabia would pay the same price for a Coca-Cola as a regular person on the street and it was this moment of a common bridge across all classes.

It took a while for me to see all registers of language as tools for creative work, particularly something worthy of the respect to be used in the craft of poetry. Often times we speak of poetry as elevated language. And I found myself struggling to obtain that standardization of language because I didn’t come from the class where that elevated language was spoken. But when I was reading Ashbery it was so liberating. There is this poem where he just starts off by saying, “Hey you!” And CD Wright also, she has such a democratic view of language. That liberated me to look at language, and all sonic and vocal moments–such as words like “yikes”–as materials. But I had to work through the high lyric to get there, in the same way that Duchamp, Pollock, Picasso, and others have had to work through so much craft in order to use the most common tools. It made me aware of where the language pressures are in relation to other registers.

Last craft question, let’s talk about how you organized the book. What’s your editing process like? 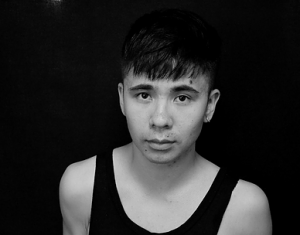 I never expected to have a book this early. Jen Bervin, at Poets House, made us put a book together and that helped propel this book. At first, I had to think about the thematic /chronological moments or weave all of these moments together. I think Eduardo C. Corral weaved a lot of his book, Slow Lightning. I wanted a designated space for my family’s story, in an unbroken narrative, because a lot of times the Vietnamese immigrant story is told by white veterans. I think I had to sacrifice a lot of innovative moments that I wanted to do, in order to tell the story linearly in the first section.

In the second section, I focused more on America, queer bodies, my personal experience–an American body navigating through personal violence, and the violence that my friends have felt. The last section was an interesting moment for me because that is where I decided to weave the thematic and the temporal nature of the poems. I think if the editorial process was longer that my book might have looked very different.

What would you consider success to be from this first book?

I experienced success during my book launch. For me, it’s when a writer gets to be in a room where the people he cares about and loves are in the same space listening to what he has to say, if even briefly. For me that is success, to be able to speak with one another with our best intentions. I always see that as the end goal, to reach humans. Success is when the world becomes a vehicle for the work.