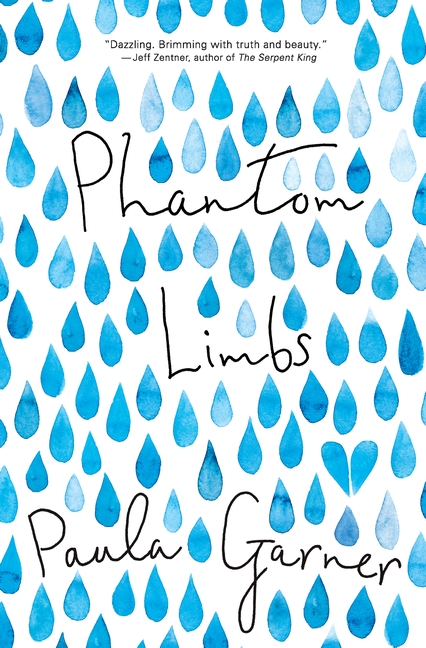 Like most good summer reads, Phantom Limbs by Paula Garner is a delicious slow burn. The novel follows the protagonist, Otis, two years after the death of his little brother, Mason. His best friend and first love, Meg, left town after Mason’s death, though her reasons for leaving remain unclear for much of the novel. Meg and Otis were straddling the threshold between childhood and burgeoning young adulthood, with the promise of exploring it together. Both were deeply affected by the separation. For Otis, his grief is doubled.

He isn’t left too much time to wallow, however, because Meg is quickly replaced by Dara Svetcova, Otis’s swimming coach and eventual best friend. Dara has a tragic past of her own, and she’s the one who gives the novel its name; years earlier, she lost her arm–and her bright Olympic future–in a swimming accident. Ornery and blunt, Dara singles out Otis and pins all of her dreams for her future on him, and, surprisingly, her merciless, tough-as-nails coaching is what pulls Otis through his bereavement.

Otis is a likeable and engaging protagonist. In any other novel, the pacing might seem too slow – there are hints at what happened in the past that made it so necessary for Meg to leave, but Otis, like the reader, is left in the dark about Meg’s reasoning for most of the novel. We wait alongside Otis for Meg’s eventual return; much of the time she’s only present in an email or text message, or, more frequently, in Otis’s rose-colored memories and daydreams. When Meg actually appears on the scene, it’s hard not to be almost disappointed–while Otis is clearly still infatuated with her, the life Garner creates for him in her absence (Dara, in particular) is so sharp and dynamic that Meg just can’t quite measure up.

Garner’s depiction of teenage sexuality is spot on, but even more so is the way she captures and crystallizes a very specific teenage experience. Everything about Otis is rapidly maturing – his body but also his emotional life–and it’s all happening too fast for the boy he used to be. His puppy-boy limbs are too big for his body; so are his puppy-boy feelings. There’s a definite sense of longing throughout the novel – longing to be a child again, to be back in a time when Mason was still alive, when Meg was in his life, and when his parents could protect him from all the bad things in the world; or to be older, wiser, in control. It’s a poignant balance that readers will definitely be able to relate to.

Phantom Limbs is also an exercise in negative space. All three main characters are defined by what is absent in their lives. Otis loses Mason, and Otis and Meg lose each other. Dara lost her arm, but, more importantly, she lost her future–and her relationship with her father, who would have been coach. The novel physically represents these journeys by spending much of the time talking around them – Mason’s death is given a wide berth because it is too painful to think or speak about. The same goes for Dara, who numbs herself to her past by drinking and denying a full expression of her sexuality that might bring her some peace. Grief, however, cannot be ignored forever, and cannot be contained; it spills out eventually in chaotic and unpredictable ways the require a reckoning and coming of age from all three characters. Phantom Limbs poses the questions: What do we do with the pain begotten by loss? And what do we create in the space that’s left behind to carry ourselves through?

'The Cherokee Rose: A Novel of Gardens and Ghost' by Tiya Miles
'Alex As Well' by Alyssa Brugman
Memorial Raises Thought-Provoking Questions about Race, Class, and Family